Instead of being watched by a babysitter as a kid, I’d go to work with my dad at his Brazilian jiu-jitsu academy. I’d watch Disney movies on the TV—but I’d also watch what he was doing. I started training at 3 years old and entered my first tournament when I was 6.

By the age of 21, I’d accomplished my biggest goals in jiu-jitsu—I’d won five world championships. At that time, Ronda Rousey had broken through in the UFC and opened the door for all girls in mixed martial arts, proving that it waspossible to make a living doing it. I already had the ground game from jiu-jitsu, so I just had to learn how to punch. I tried it and was hooked immediately.

I won two UFC fights before I became pregnant. The pregnancy was such a surprise and such a blessing, but when I announced it in February 2019, I lost 50,000 followers on Instagram instantly. Obviously, there were people following me who were just thinking, Oh, she’s a hot girl that fights. And the assumption is that if you get pregnant, you’re not coming back—or if you do, you’re going to be soft inside. Fans are very important for us, because that’s how we sell our fights. But in the end, I’m glad I lost them. Now I have real fans who appreciate all my phases. I gained those 50,000 followers back—and then some. 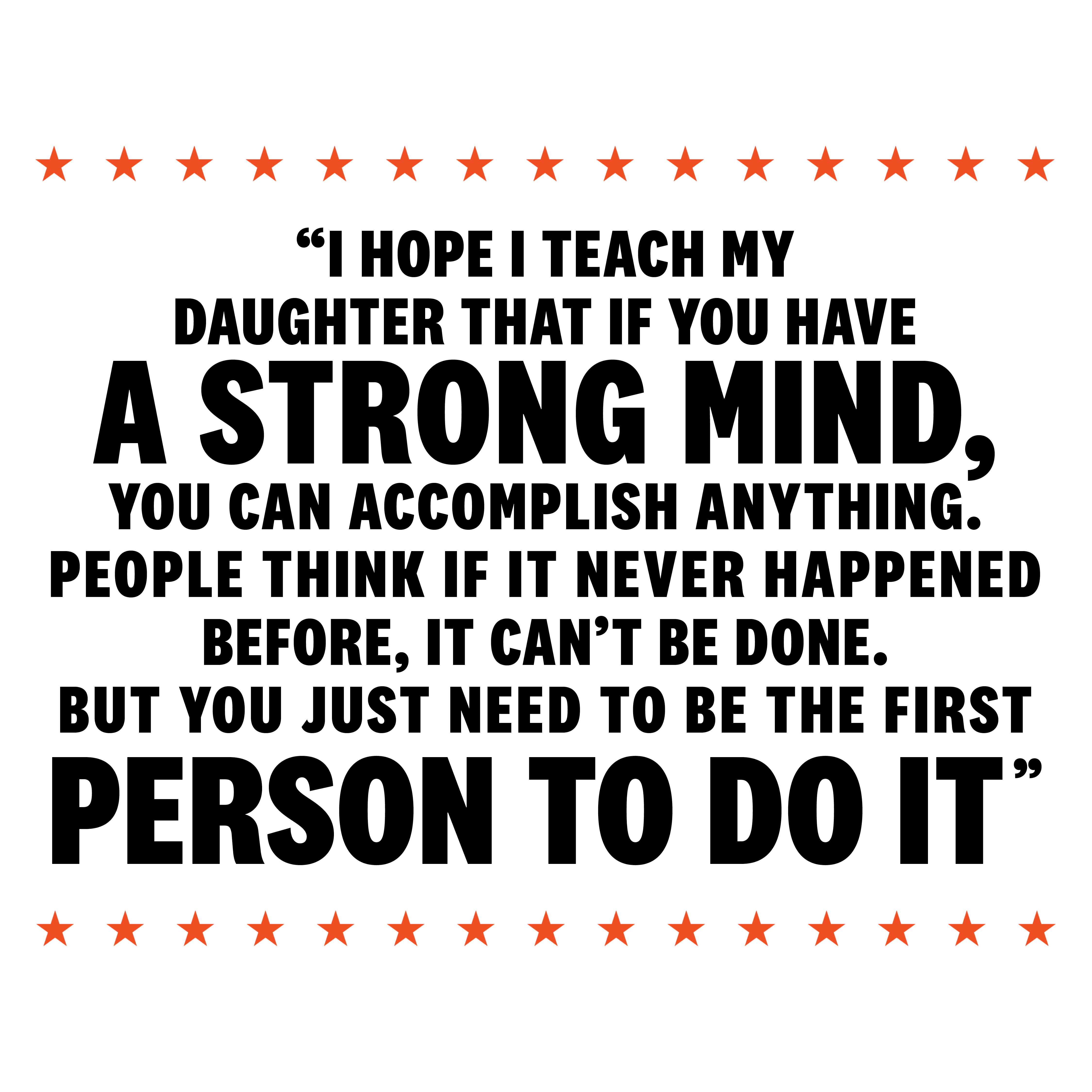 During my pregnancy, I didn’t train at all. I wanted to take advantage of those nine months and enjoy the time off with my growing family. I came back to the sport four months after giving birth to my daughter, Moa. I was still breastfeeding! The longer you wait to come back, the harder it is, I think. I dedicated myself 100 percent, but my training was different than before. I did more functional training, focusing on movements with dumbbells and cables, to improve my speed and reaction time.

I was a little nervous for the first match after baby. It ended up being my first loss—I was undefeated before that. I lost a couple of sponsors, too, but that only spurred me on. I doubled down on my boxing and strength training, to get the muscles back and to get to the next level as a fighter.

I won my next two matches, and I’m proud to say I’m a better athlete now than I was before pregnancy. That’s because my daughter is my motivation. I’m not just an example inside the ring; I’m an example for her. I have more responsibility and maturity, and I know I’m fighting for so much more than a title. —As told to Amy Wilkinson