Having worked for Sky Sports News since 2011, viewers of the programme will recognise 36-year-old Jo Wilson, who is now undergoing cancer treatment for an advanced tumour. In a candid Instagram post, Wilson posted: “So this is cancer. [It’s] the hardest thing to go through, and difficult for me to open up about. But September is gynaecological cancer awareness month, so [I’m] sharing my story in the hope that it can do exactly that.

“To the men that follow me too, if you have a mum, a daughter, a sister, a wife, a girlfriend, an aunt, a niece… this affects you as well…

“Did you know one in three eligible women are NOT going for their smear tests?”

Wilson emphasised that there are “so many reasons why” women are not attending medical check-ups, which can include having given birth fairly recently to being affected by birth trauma.

“Thank you to everyone who has supported me through the last couple of months,” she continued. 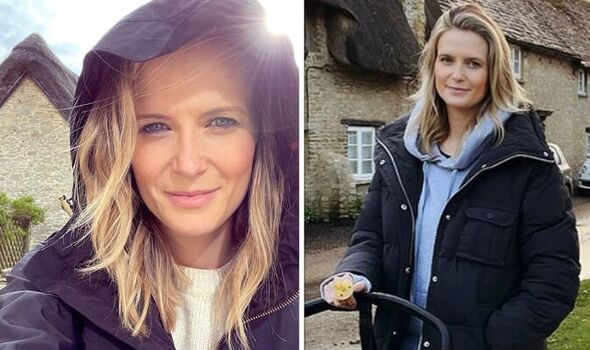 “As I begin my final week of treatment I can’t begin to express how much that support has helped me through.”

Speaking to OK! magazine, Wilson said: “If I can save just one other life by being open about my battle then it’s worth speaking out.”

Moving away from the Big Smoke (London) to an idyllic village, Wilson and her partner of six years, Dan, were looking forward to expanding their family easier this year.

But when Wilson went for a smear test in June 2022, the gynaecologist immediately spotted the signs of cancer.

By July, further tests had confirmed that the sports presenter had 3b cervical cancer.

The shocking diagnosis included the fact that the disease had spread to two of her lymph nodes.

“I said to the doctor, ‘Am I going to die?'” Wilson enquired, to which the doctor replied: “It’s very treatable, and it’s very curable.”

Wilson added that she tries to “hold onto that”, but she knows “there are no guarantees”.

“The percentages are still a bit ropey,” she admitted. “There’s something like a 70 percent success rate for this treatment. So I’ll take that.

“But you do still think about the fact there’s a 30 percent chance it won’t work.”

The cervix is the opening between the vagina and the womb, the NHS confirms.

Nearly all cervical cancers are caused by an infection from certain types of human papillomavirus (HPV).

Symptoms of cervical cancer can include:

“Cervical screening and HPV vaccination are the best ways to protect yourself from cervical cancer,” the NHS points out.

Should cancer be diagnosed, treatment will depend on the size of the tumour.