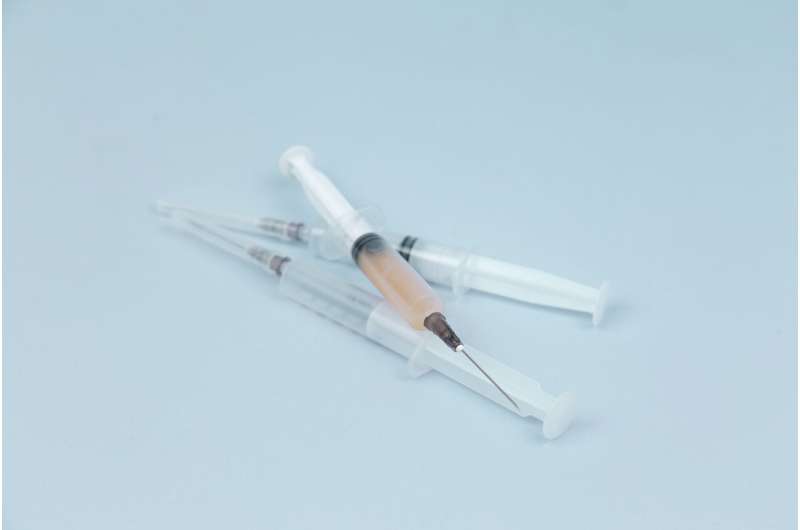 Opioid agonist treatment, commonly methadone or buprenorphine, for people dependent on heroin or other opioid drugs has an important role to play in suicide prevention, according to University of Bristol-led research published in The Lancet Psychiatry.

People who are dependent on opioid drugs are at increased risk of suicide and self-harm. The researchers analyzed the healthcare records of over 8,000 adults prescribed methadone or buprenorphine in primary care in England to see if there were particular times during and after drug treatment when they were most at risk.

They found that these patients were, overall, seven and a half times more likely to die by suicide than the general population. In addition, they found that in the first month after treatment stopped, they were four times more likely to die by suicide and more than twice as likely to be hospitalized for self-harm, compared to during a stable period on drug treatment.

Dr. Prianka Padmanathan, Medical Research Council-funded Clinical Research Fellow, Population Health Sciences at the University of Bristol and lead author of the study, said: “The findings of this study emphasize that people with opioid dependence are much more likely to die by suicide compared with the general population. Opioid agonist treatment is often stigmatized and has been under-funded. This research strengthens the case for valuing initiatives that improve engagement with treatment and provide psychological support, particularly at the point at which treatment ends or is stopped.”

Professor Matt Hickman, senior author, from the National Institute for Health Research (NIHR) Health Protection Research Unit in Behavioural Science and Evaluation at University of Bristol, said: “The UK has one of the highest rates of drug-related deaths in Europe, and these deaths most commonly involve opiates such as heroin. However, suicide prevention in people dependent on opiates is a neglected area, which is important for reducing drug-related harm, suicides, and premature death. The first few weeks after treatment cessation is critical a period to re-engage people so as to prevent overdose and also, as this study shows, suicide.”