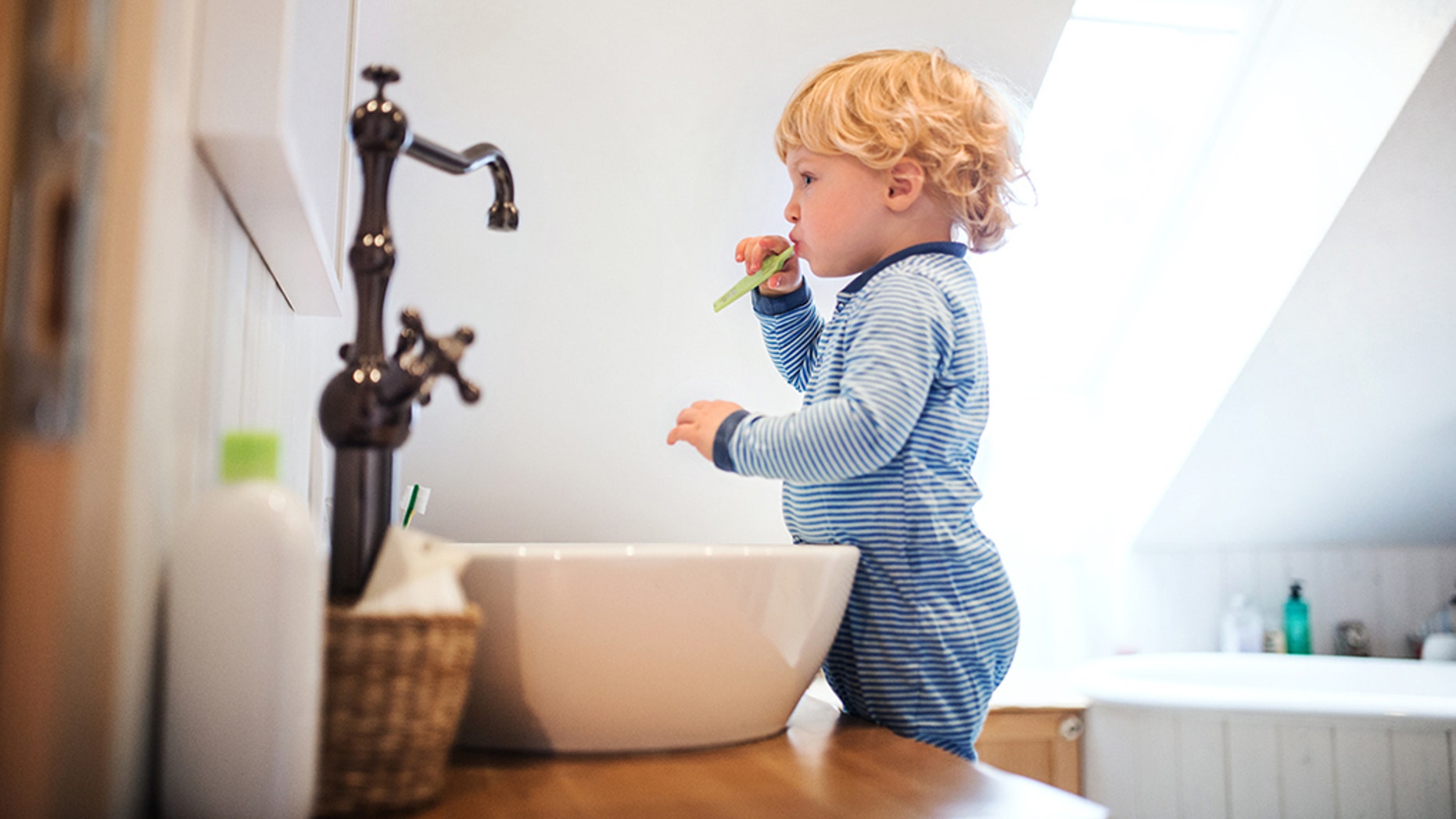 Health officials recommend that all people drink fluoridated water, and that everyone 2 or older brush twice a day with fluoride toothpaste.
(iStock)

Young children are using too much toothpaste, a Centers for Disease Control and Prevention (CDC) study released this week found.

The CDC surveyed the parents or caregivers of 5,157 children ages three to 15. They were asked a series of questions, like how much toothpaste their child used and how many times a day their child brushed their teeth.

By the end, the health agency concluded that nearly 40 percent of children ages three to six used a brush that was full or half-full of toothpaste — meaning they exceeded the CDC’s recommendation of using only a pea-sized amount during those ages. Children younger than three should use even less — a “smear” — which the health agency said should be equivalent to a grain of rice in size.

While fluoride in both toothpaste and water has resulted in significant dental health benefits — such as preventing tooth decay and cavities — the “ingestion of too much fluoride while teeth are developing can result in visibly detectable changes in enamel structure such as discoloration” and dental fluorosis, the CDC said. The latter condition causes streaks and spots on the teeth.

Fluoride — a mineral found in water and soil — "is a wonderful benefit but it needs to be used carefully,” Mary Hayes, a Chicago-based pediatric dentist, told The Associated Press.  But, she noted, “you don't want them eating it like food. We want the parent to be in charge of the toothbrush and the toothpaste.”

The study also found that nearly 80 percent of children ages three to 15 started to brush their teeth later than recommended, or when “the first tooth erupts” — which the CDC noted can be as early as six months of age.

While the study found about 60 percent of kids brushed their teeth twice a day – which health officials recommend — roughly 20 percent of white and black kids, and 30 percent of Hispanic kids, didn't start brushing until they were three years of age or older.

While the CDC said the findings “suggest that children and adolescents are engaging in appropriate daily preventive dental health practices” the "implementation of recommendations is not optimal.”

“Careful supervision of fluoride intake improves the preventive benefit of fluoride while reducing the chance that young children might ingest too much fluoride during critical times of enamel formation of the secondary teeth,” the CDC added.

That said, the new study did not follow the kids through time or try to determine how many developed streaked or spotty teeth as a result of using too much toothpaste. The authors also acknowledged other limitations. Parents might have misremembered how much toothpaste kids used when they were younger. Also, the survey didn't ask specifically about what kinds of toothpaste were used; not all kinds of children's toothpaste have fluoride in them.

The Associated Press contributed to this report.