Cancers are generally harder to treat when they spread rapidly, but clarifying the molecular basis of such aggressive malignancies might in the future lead to new drugs for treating these tumors. Researchers at the Weizmann Institute of Science, in collaboration with the National Cancer Institute, USA, and other institutions, have now revealed a mechanism that accounts for the spread of a particularly aggressive type of breast cancer.

The study began with a large-scale computational analysis of data from several databases, including information on patient survival and the genes that are overly active in fast-spreading cancers. The scientists came up with a list of some 20 genes, out of about 25,000, that the most aggressive breast cancers appeared to need in order to spread. The top two are genes that play a role in cell division, and they already serve as targets for anticancer drugs. But the third puzzled researchers: It encoded a protein called NUP93, one of the numerous components of the pores, or tunnels of sorts, in the envelope enclosing a cell’s nucleus.

The researchers found that NUP93 was present in abnormally large amounts in breast cancer patients with the poorest survival records. As the disease progressed, the genomes of some of these patients came to contain two or three copies of the gene for NUP93 instead of the usual one. Strikingly, many of these patients had tumors that were not sensitive to estrogen. Such tumors, which make up about a third of all breast cancers, are particularly difficult to treat because they lack the estrogen receptors that are targeted by hormonal anticancer drugs. 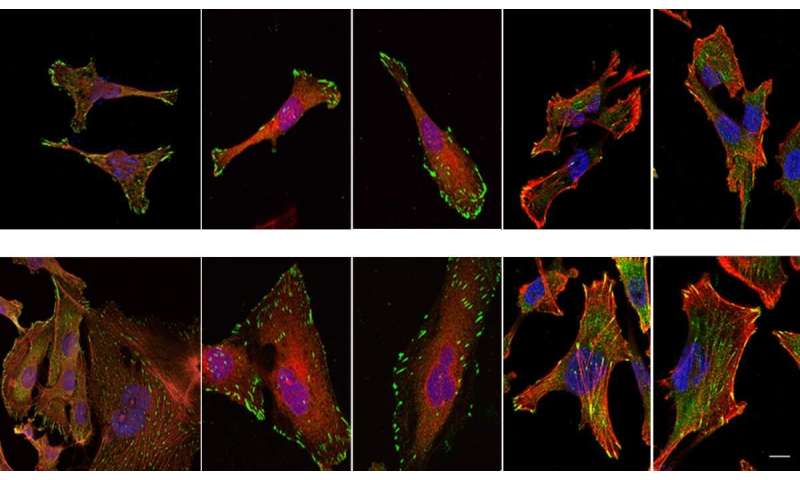 “Understanding what drives such cancers is especially crucial because currently, our means of treating them are limited,” says Prof. Yosef Yarden of Weizmann’s Biological Regulation Department, who headed the research team.

By conducting lab experiments that mimicked what happens in the human body, the team confirmed that there is indeed a connection between large amounts of NUP93 and the aggressiveness of cancer. Breast tissue cells remained stationary when they were genetically engineered to produce no NUP93 at all; in contrast, cells engineered to contain several copies of the gene and, consequently, high levels of the NUP93 protein, become extremely mobile, similarly to metastatic cancer cells that spread to distant organs. In experiments in mice, cells with large amounts of NUP93 spread to the lungs, unlike cells lacking the protein. Even without changing the number of genes, the researchers found they could reduce the cells’ mobility by introducing mutant forms of NUP93 into cells.

Next, the scientists unraveled the mechanism by which NUP93 plays its grim role in cancer. Because this protein forms a tunnel in the nuclear membrane, it can allow the passage of shuttle proteins called importins, which, among their cargo loads, deliver growth and migration commands from the cytoplasm into the nucleus and thus to the DNA. In this manner, cancer gets access to the cell’s genome, harnessing it for its own needs, namely, increasing the cell’s ability to migrate and revving it up so as to spread the disease. 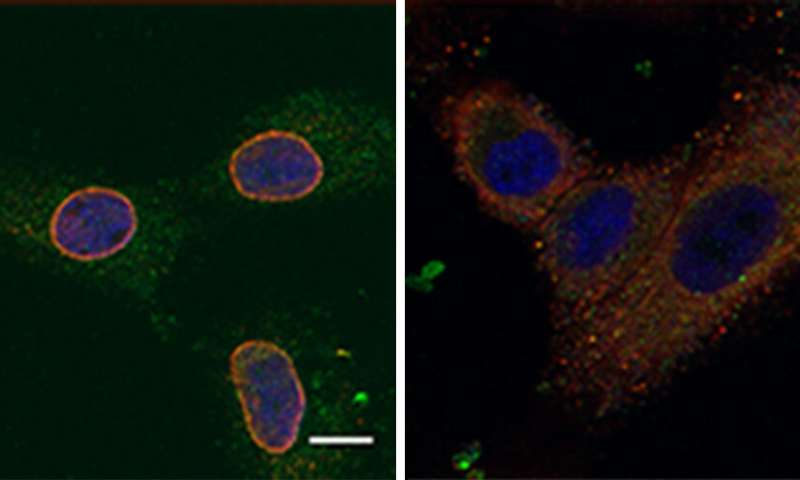 “The cancer needs an express highway to the nucleus, so that growth signals from the outside can quickly reach the genome,” explains Yarden. “The more NUP93 tunnels there are on the way, the faster the signals can travel, and the greater the metastasis in the patient’s body.”

Since metastasis is the main force behind death in patients with breast cancer, disrupting this process is a promising avenue for developing potential therapies. Closing off the NUP93 tunnels altogether, however, is not practical, because in healthy cells they perform a host of vital functions, such as conveying signals needed for wound healing.

The Weizmann scientists therefore tried a different approach: preventing the delivery vehicles, the importins, from loading the deadly cargo – that is, the commands that increase the cell’s mobility. In experiments with mice, small peptides that blocked the specific, relevant importins greatly reduced the ability of cells to migrate and to cause metastasis. These findings may provide a starting point for developing a therapy that may one day make it possible to treat the most aggressive breast cancers even at advanced stages.