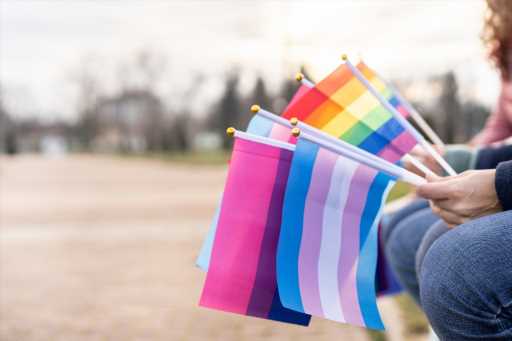 A study we can all celebrate: On Wednesday, the journal Pediatrics published research that shows the severely misguided “social contagion” is not the driving force behind an increasing number of young people identifying as transgender. In other words, social influence does not contribute to a child’s gender identity.

According to the study authors, the origins of their research stemmed from a 2018 study published in PLOS One that indicated adolescents may experience “rapid-onset gender dysphoria” [ROGD] as a result of “social contagion.”

As one might imagine, this gross misinterpretation of gender identity origin or discovery caused enough pushback that the PLOS One authors eventually issued a statement to note that “rapid-onset gender dysphoria [ROGD] is not a formal mental health diagnosis at this time.” It’s also worth noting that for the study the authors did not question transgender or gender-diverse youth or clinicians, but instead gathered data through online parental surveys.

“The hypothesis that transgender and gender-diverse youth assigned female at birth identify as transgender due to social contagion does not hold up to scrutiny and should not be used to argue against the provision of gender-affirming medical care for adolescents,” said the Pediatrics study senior author Dr. Alex Keuroghlian, director of the National LGBTQIA+ Health Education Center at the Fenway Institute and the Massachusetts General Hospital Psychiatry Gender Identity Program, said in a statement.

Keuroghlian and fellow researchers also noted that the PLOS One hypothesis that adolescents who were assigned female at birth are more likely to come out as transgender as a result of the so-called social contagion is false.

Using a national sample of transgender youth across 16 states in 2017 and 2019, the study authors reported there were more assigned male sex at birth than assigned female sex at birth. “Additionally, the total percentage of [transgender] adolescents in our sample decreased from 2.4 percent in 2017 to 1.6 percent in 2019. This decrease in the overall percentage of adolescents identifying as [transgender] is incongruent with an [rapid-onset gender dysphoria] hypothesis that posits social contagion.”

In other words, take your “social contagion” claims and shove them … well, you get the memo.

The results of this study could not be more important to emphasize, especially as theories of social contagion — despite the multiple ways in which they have been discredited — continue to be used in political and social platforms alike in order to ban or restrict gender-affirming healthcare for trans youth. In June, Florida’s Agency for Healthcare Administration released a statement prohibiting gender-affirming measures for children or adolescents, including changing a child’s name or hair or providing hormone therapy.

“While completely unnecessary, this legislation is also extremely harmful,” SheKnows writer Emilia Mense Caby wrote of her experience speaking with Debi Jackson, mother of a trans child and nationally known advocate for trans rights and founder of Gender Inc.

“It’s mentally and emotionally devastating,” Jackson said. “No child, no teen should have to fight every single day to be seen as a full person deserving of love and respect. Legislators are sending them a message that they don’t matter. But they do. They very much do.”

Something else trans youth don’t deserve? Crappy studies that allow lawmakers something to lean on when making these decisions and writing laws that harm families.

Before you go, check out our favorite mental health apps to give your brain some extra TLC: