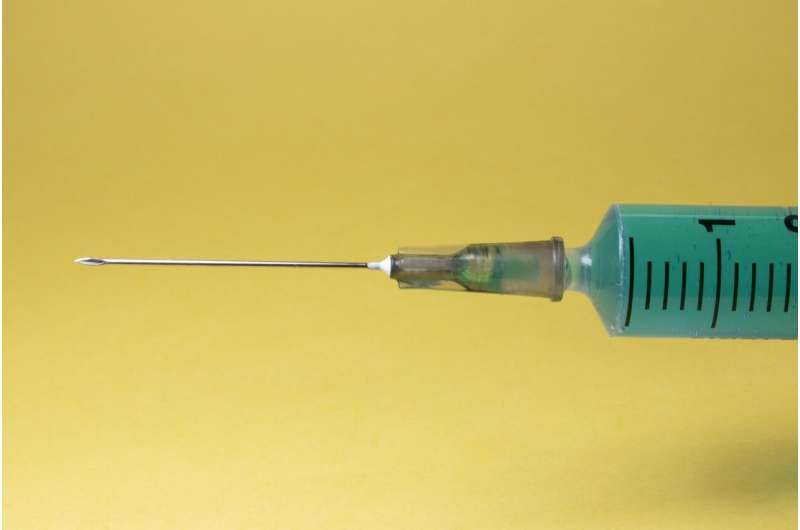 New research has found that the weakened immune systems of blood cancer patients can improve after they receive a third COVID-19 vaccination.

Patients with lymphoma have defects in their immunity system that restrict its response to vaccination. Despite this, this new study found improvements in antibody and T-Cell responses after a third vaccine dose, except in patients who had recently received a certain antibody treatment for their cancer.

The study was funded by the Blood Cancer UK Vaccine Research Collaborative and has been published in the journal Nature Cancer.

“Despite the gradual lifting of COVID-19 restrictions worldwide, a cloud continues to hang over immunosuppressed patients, who may not develop protective immune responses after vaccination,” explained Dr. Sean Lim, Associate Professor and Honorary Consultant in Haematological Oncology at the University of Southampton, who led the research. “In particular, individuals with hematological malignancies are at greater risk of severe COVID-19 disease even if they have been vaccinated,” she continued.

Dr. Lim and her team collected blood samples from 457 adult lymphoma patients before they received their first vaccination of either the Oxford-AstraZeneca or BioNTech Pfizer vaccines, and four weeks after the first dose, two to four weeks and 6 months after the second dose, and four to eight weeks after the third dose.

The study aimed to evaluate the strength of the immune system’s response to the vaccines and to help predict how effective the vaccine could be for lymphoma patients. To achieve this, the scientists measured the ability of antibodies in the blood samples to prevent the viral spike protein from binding to ACE2 proteins, which are the virus’s key point of entry into the human body. They also measured the response of T cells—which form part of the body’s immune system—when stimulated by the viral spike.

The results showed that whilst just over half of patients undergoing active cancer treatment had no detectable antibody levels after the second vaccination, T cell responses could be detected in about two thirds of all patients. After a third dose, 92 percent of patients who were not undergoing anti-CD20 treatment for their cancer showed improved antibody responses, compared to 17% who were receiving that treatment.

“We observed a good link between the level of antibodies in the blood samples and how well these antibodies blocked the virus from binding to the ACE2 protein,” said Dr. Lim. “This suggests that the antibodies induced in patients with lymphoma perform similarly to those in healthy donors.”