Strawberry, vanilla or chocolate? When it comes to picking up the perfect ice cream cone, that’s what most of us are thinking of — especially in July because it’s National Ice Cream Month! But chefs around the world have realized ice cream is but a blank canvas, ready and waiting for the most unconventional culinary art that can be thrown its way.

Because ice cream does have a fairly mild, smooth dairy flavor, it can play nicely with many different ingredients. That being said, you have to be brave to try some of the concoctions on this list, which includes everything from spicy Flamin’ Hot Cheetos ice cream to soft serve completely coated in edible gold leaf.

Sometimes, you just want to veg on the couch with a pint of something chocolaty and decadent, but when you’re feeling adventurous, these ice creams will definitely hit the spot. Check out some of the weirdest and strangest ice cream flavors available this year.

A version of this article was originally published July 2018. 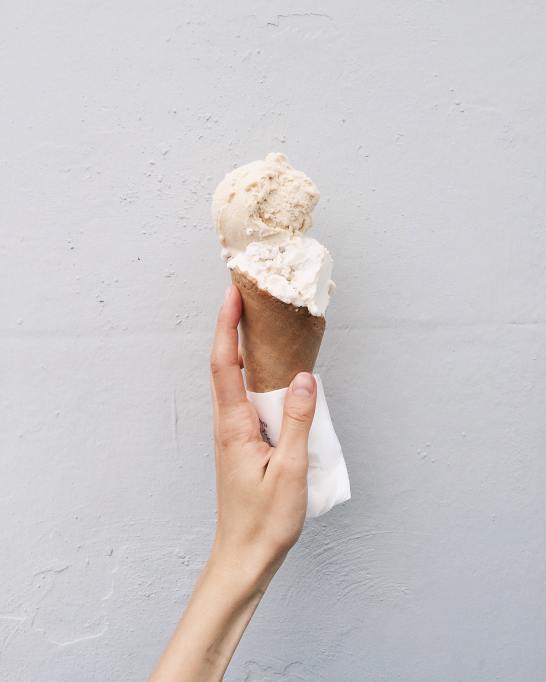 If you’re feeling adventurous and live in Falkirk, Scotland, you can now try ice cream made with mayonnaise. Yes, real Hellmann’s mayonnaise.

If you can’t afford a plane ticket to Scotland but are dying to know how it tastes, the ice cream shop’s owner told Today that the dessert is a “full on hit of fat and cream followed with an eggy milky aftertaste.” 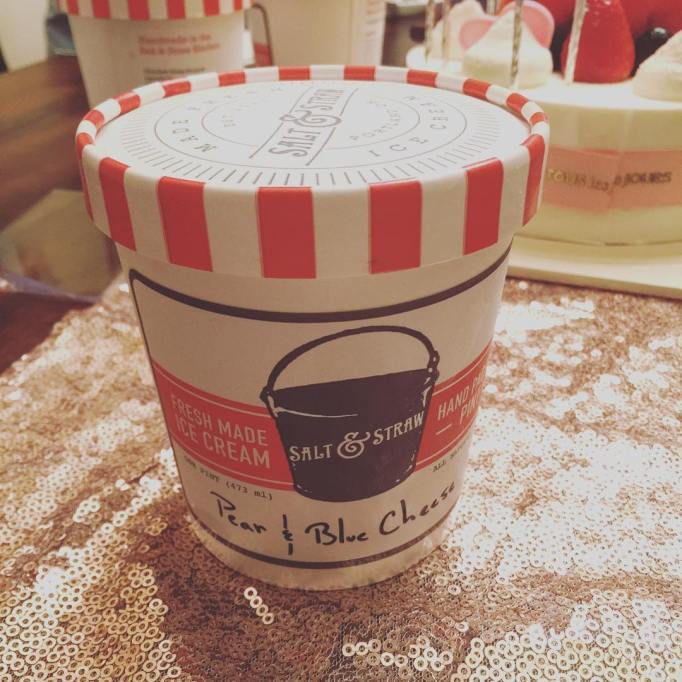 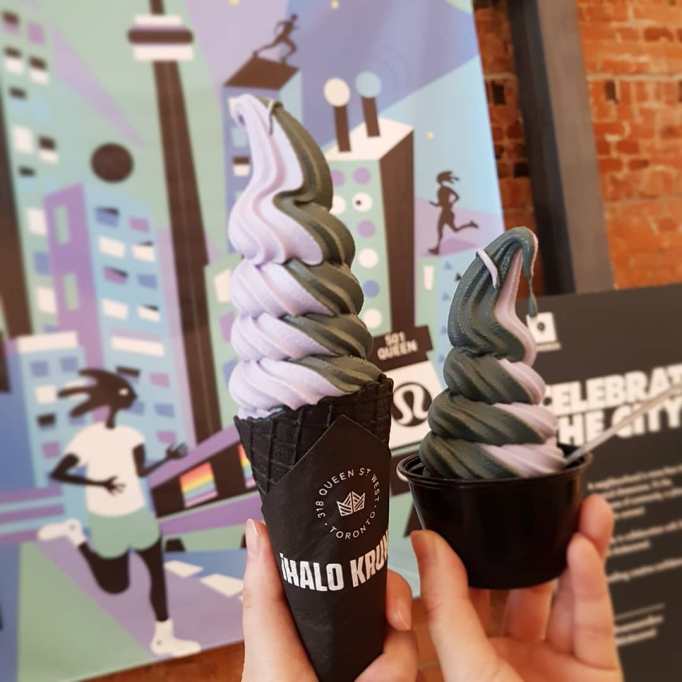 You can get a swirl of this purple yam (ube) and activated charcoal ice cream at iHalo Krunch in Toronto. The charcoal cone gives it extra goth flair. 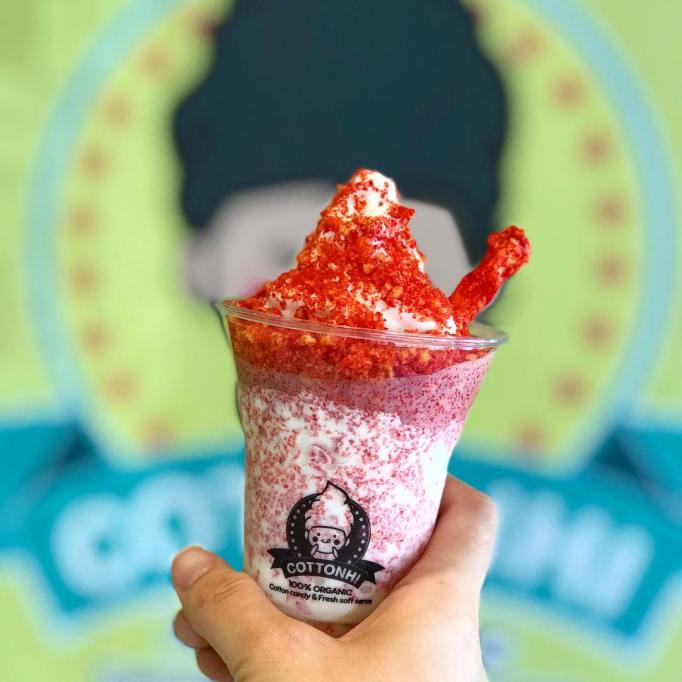 Flamin' Hot Cheetos are so popular, it was only a matter of time before they got mixed into ice cream. Try this spicy and sweet soft serve at CottonHi in LA's Koreatown. 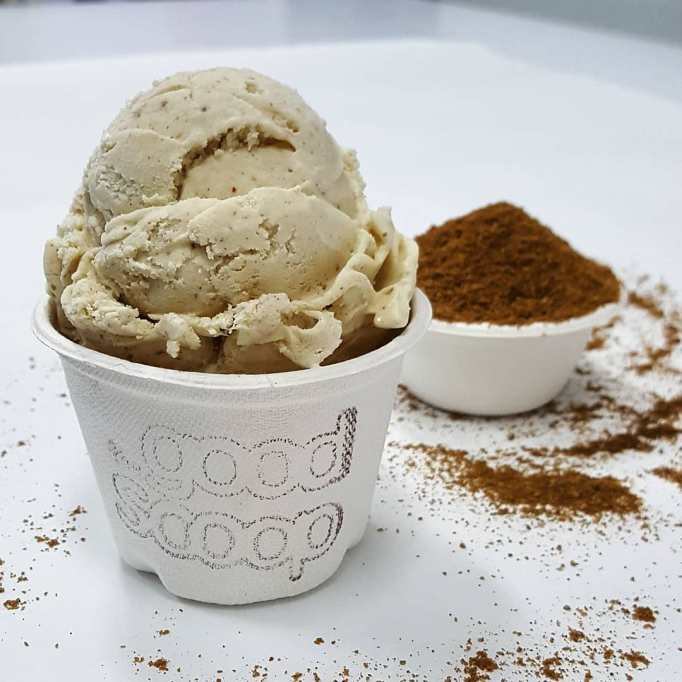 "Sweet" and "cumin" aren't usually the first two flavors we think of putting together, but The Good Scoop in Davis, California, might just prove us wrong. They're serving up a garam masala ice cream that looks pretty darn tasty. 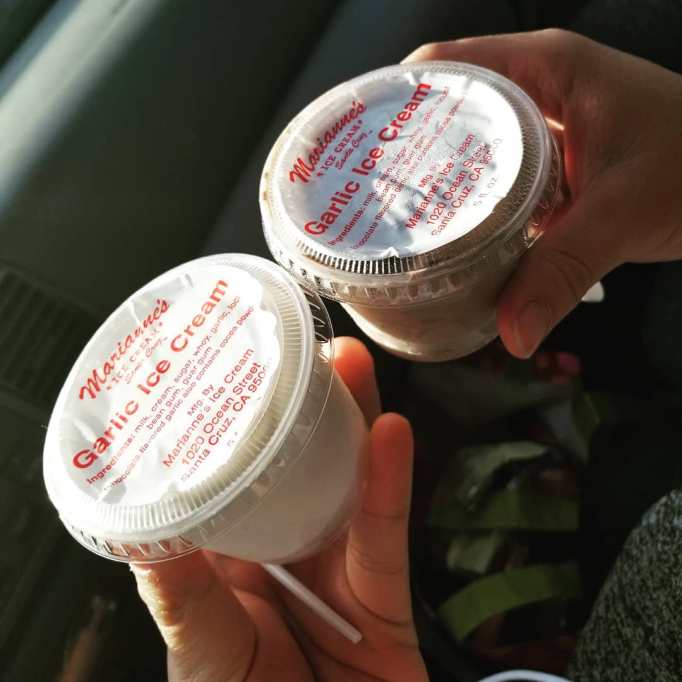 Gilroy, California, is known as the garlic capital of the world. Unsurprisingly, at the local Marianne's Ice Cream shop, you can order garlic ice cream to make your road trip complete. 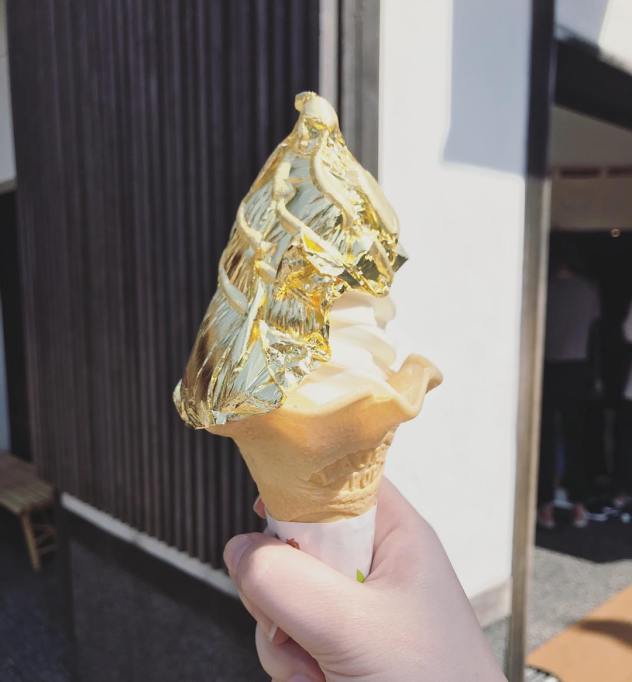 The city of Kanazawa in Japan is famous for producing gold leaf, and you can buy soft serve ice cream coated in the stuff at shops around the town. 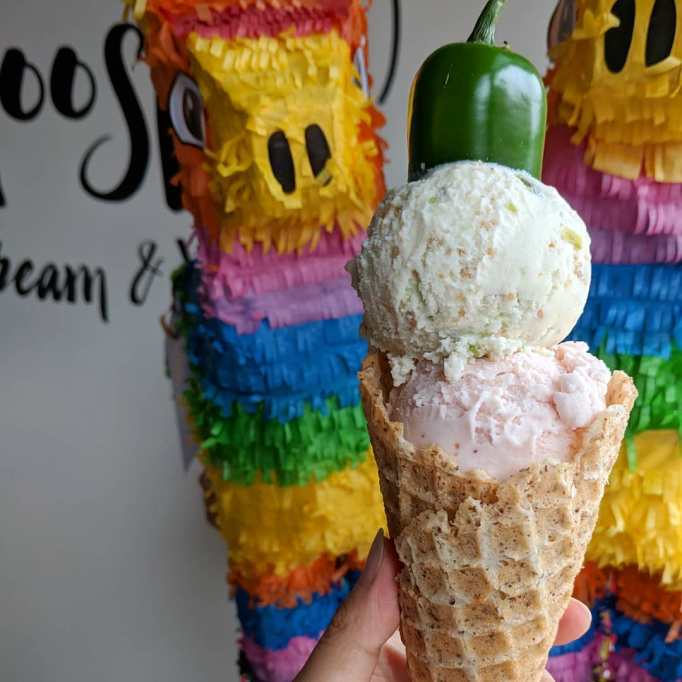 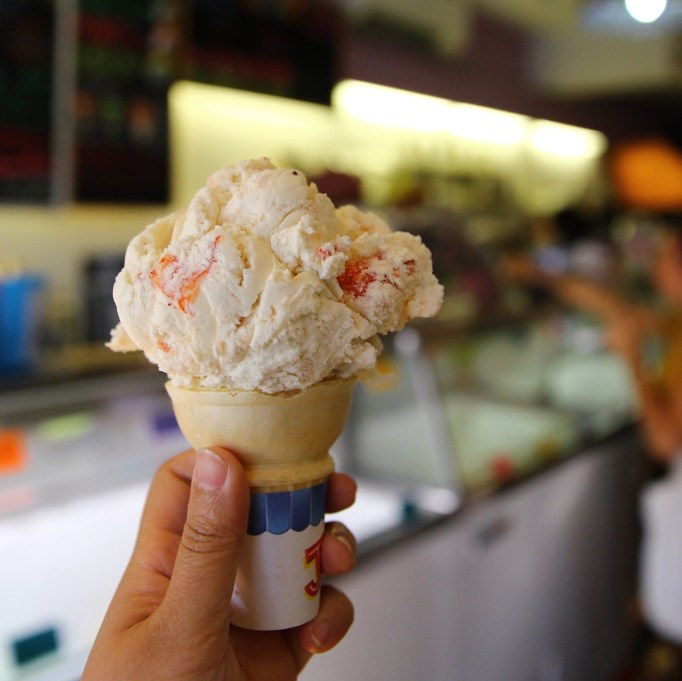 We're all about the lobster rolls in the summer, but lobster ice cream? Real chunks of lobster are dotted throughout a butter ice cream base in this cone from Ben & Bill's Chocolate Emporium on Martha's Vineyard. 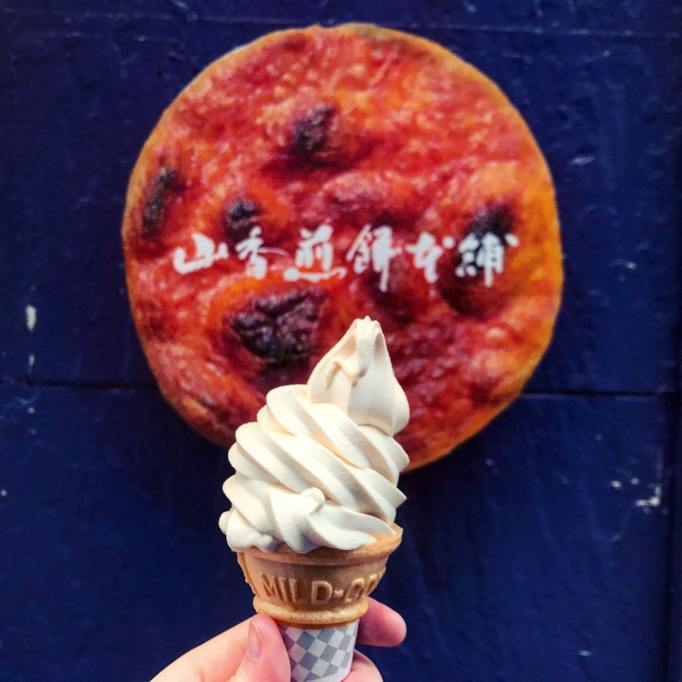 Head to Japan, and you can try this rice cracker and soy sauce ice cream at Ginza in Tokyo. We've tried soy sauce with ice cream before, but maybe it's better when someone else is making it! 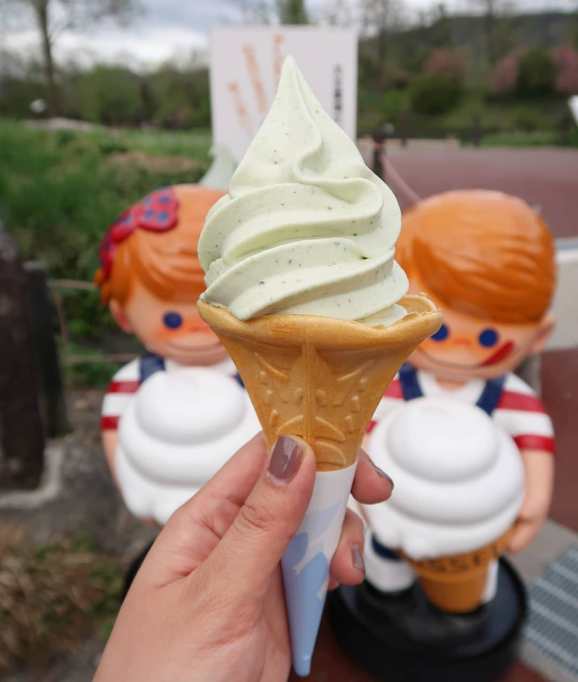 At Daio Wasabi Farm in Japan, you can try their specialty: soft serve ice cream flavored with wasabi! It definitely sounds intense, but we can totally see how the cool and creamy dairy could help tame the wasabi's fiery bite.