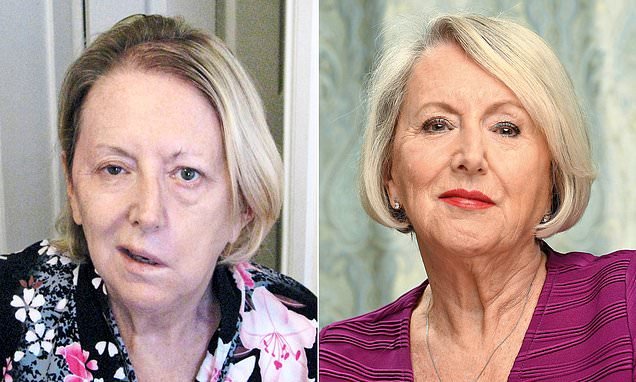 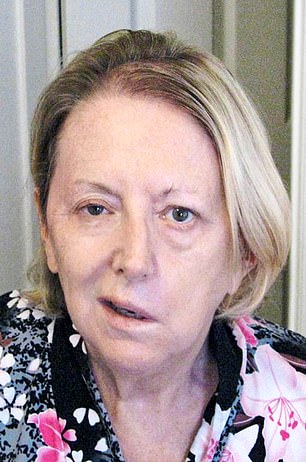 Stevie Jenkins’s beaming smile was, she felt, one of her greatest assets. In her days as a flight attendant, it was an essential tool of the trade, helping to defuse tension and soothe travellers’ nerves.

‘A simple smile can instantly make people feel relaxed,’ says the 69-year-old from Lymington, Hampshire, who is now retired.

‘And if a passenger was rude, I would just smile and say to myself, no point worrying about the little things.’

But, seven years ago, everything changed. Stevie lost her beautiful smile for ever after surgery to remove a brain tumour resulted in the left side of her face being paralysed.

Despite trying ‘everything’ to remedy the problem – from facial exercises to muscle-relaxing injections – nothing helped.

‘I felt like I just wanted to die,’ says Stevie. ‘Every time I caught sight of myself in the mirror, I got a terrible shock. Worst of all, when I tried to smile, just half of my face moved. I looked like a ghoul.

‘I immediately lost my confidence and became very isolated.

‘When I was out with friends I would cover my face with my hand, or a napkin.

‘Several times I was even asked by total strangers if I had suffered a stroke.’ 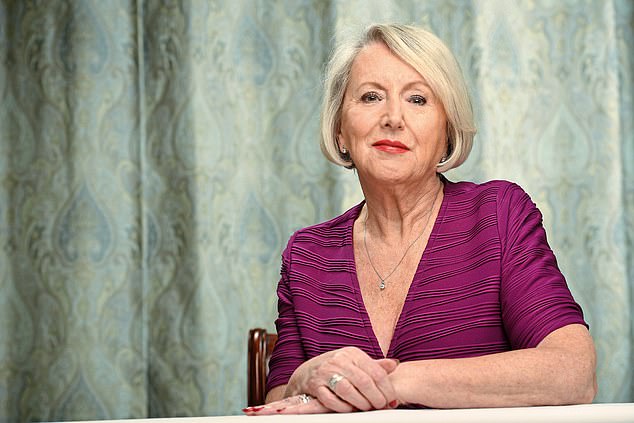 But today there is little trace of the facial palsy, as it is known, that blighted Stevie’s life for so many years. She feels able to face the world with confidence again, thanks to a £1,500, two-step facelift procedure that has restored her appearance almost completely.

The technique involves injecting special gel ‘filler’ to support the paralysed side of her face and trigger the growth of new collagen – the fibrous material that gives the skin firmness and structure – followed by a thread lift procedure. This involves the insertion of a fine plastic implant under the skin that lifts and holds the affected side of the face.

The treatment, called Silhouette Soft, is widely used as a rejuvenating procedure, and chosen by patients who don’t yet feel ready for a full surgical facelift. 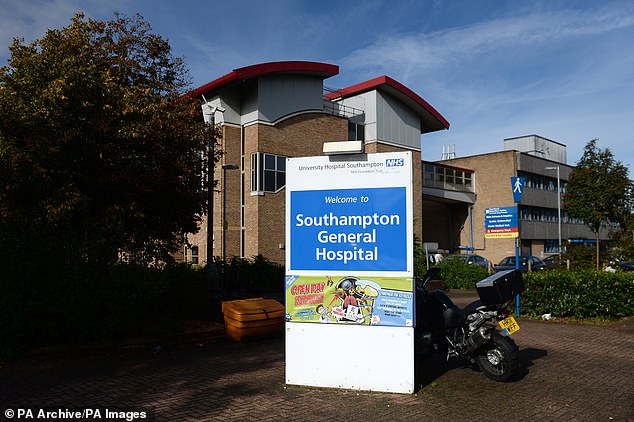 But doctors are now offering it to sufferers of facial palsy, in a bid to restore their appearance. Although the treatment is not permanent and will have to be redone, patients have found it is transformative.

Weakness of the facial muscles can occur if the nerves that control the face are damaged. When a facial nerve is either not working or missing, the muscles in the face do not receive the necessary signals to function properly. This results in paralysis of the affected part of the face, which can affect movement of one or both eyes and the mouth, as well as other areas.

HOW CAN PARALYSIS BE TEMPORARY?

Paralysis can be temporary, despite widespread beliefs that it is permanent and those who are given the diagnosis will never walk again.

The term paralysis just refers to the inability to move some, or all parts, of the body, according to the NHS. It can come and go.

There are several forms of paralysis, including paraplegia (both legs), tetraplegia/quadriplegia (both arms and legs), hemiplegia (one side of the body) and monoplegia (one arm or leg).

Physiotherapy can help victims regain strength and muscle mass, and help some patients to regain movement. However, recovery depends on several factors, including how severe the damage to the spinal cord is. It can take up to two years for victims to regain feeling.

Medication is given to relieve sufferers of any pain they may feel.

More than 100,000 Britons are thought to be living with facial palsy, and it can occur for a multitude of reasons, including surgery, injury, a stroke or infections.

Stevie’s problems began when she was diagnosed with a benign brain tumour, called an acoustic neuroma, which was wrapped around her facial nerve.

In 2012, she had 15-hour surgery at Southampton General Hospital to remove it – and surgeons warned there was a 60 per cent chance of facial palsy.

When Stevie came round from the operation, she saw the left side of her face was sunken and her mouth was drooping heavily to one side.

Two years later, Stevie’s husband Peter was diagnosed with brain cancer and she nursed him tirelessly until he died. During her vigil she lost three stone and became visibly gaunt. ‘I mourned my old face,’ she admits.

By chance, while browsing online she discovered a two-step facial palsy procedure being performed by Dr Victoria Manning at the River Aesthetics clinic in Poole, Dorset, and decided this could be her salvation.

The first step was to inject a tiny amount of a dermal filler called Ellanse, which boosted the left side of Stevie’s face and created more symmetry. It also stimulated the body, over several months, to produce more healing collagen.

Three months later, Stevie had top-up filler treatment to tweak her appearance before undergoing the most important part of the process. This involved inserting a special thread to lift and hold the collapsed side of the face. This thread is just a few inches long but has eight tiny cones threaded on to it. Four of these cones face one way, the other four – at the other end of the thread – face the opposite direction.

Using a special needle, Dr Manning inserted one end of the thread – with its four cones – just beneath the skin in the eyebrow. The cones ‘anchor’ into the tissue as they pass through it, stopping them from being pulled back out. The other part of the coned thread was inserted under the skin at right angles to the eyebrow and up towards the scalp – forming an L-shape. The tension created pulls the drooped side of the face up and holds it in place.

As the thread and cones gradually dissolve over the next year or so, new collagen in the cheeks takes up some of the strain.

The Truth About Fat, by Anthony Warner

The author of the popular blog, The Angry Chef, reveals the truth behind the world’s ever-expanding waistlines and reveals why, contrary to Government advice, the food we eat may not be entirely to blame. 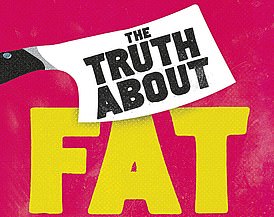 The cover of ‘The Truth About Fat’ by Anthony Walker

Evidence suggests the procedures need to be repeated every four years or so to maintain the look, as collagen tends to decline with age. Dr Manning says: ‘Over four years I’ve carried out about 25 similar procedures on patients with facial palsy. The results can vary but there is always an improvement.’

The treatment is not routinely available on the NHS but plastic surgeon Nigel Mercer, an expert in reconstructive facial surgery, says: ‘The thread lift is often used for cosmetic reasons but was invented for facial palsy. So it’s come full circle. Patients should apply for special NHS funding, as they may well fit the criteria.’

Stevie, who has since met a new partner, insists the treatment has had a huge impact on her life.

‘After I had it done I came home and John saw me and said, “Wow!” I’m not really able to cry properly any more because of the effects of the palsy on my eyes, but a single tear trickled down my face. I just couldn’t believe someone would think I looked attractive again.’