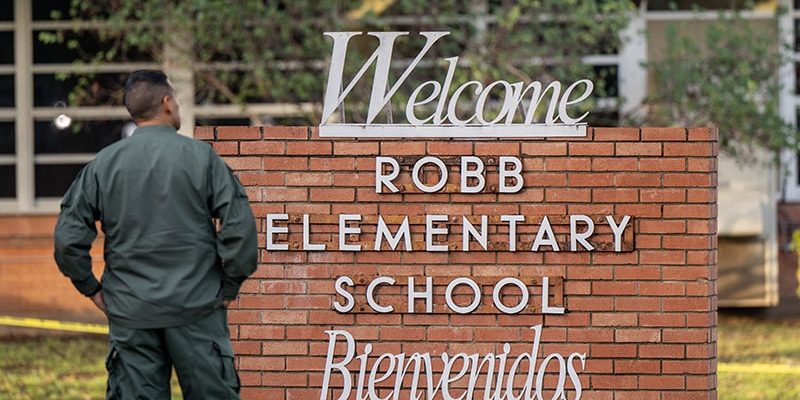 Editor’s note: This story has been updated to include additional comments.

As details emerge about yet another mass killing of children, America’s physicians have reacted with a mix of outrage, grief, and frustration to the murders.

On Tuesday, an 18-year-old gunman shot and killed 19 children and two teachers at Robb Elementary School in Uvalde, Texas, a town of about 15,000 people almost 80 miles west of San Antonio. Texas state officials said the man – who reportedly warned on social media of his plans minutes before the slayings – first shot and critically wounded his grandmother before driving to the school. He was eventually fatally shot by law enforcement inside a classroom where he’d barricaded himself.

Authorities have not released a list of the victims, but news outlets have reported several names of those killed in the attack.

The American Medical Association (AMA) issued a statement Wednesday morning condemning the violence and inaction by lawmakers to take steps to prevent school shootings in particular.

“As physicians, our mission is to heal and to maintain health. But too often the wounds we see in America today resemble the wounds I’ve seen in war,” Gerald Harmon, MD, AMA president and a retired major general in the US Air Force, said in the statement.

“Firearm injuries and deaths are preventable,” Harmon added. “And while the ideal time to act and find common-sense solutions and common ground might have been years ago, the best we can do now is act today. We call on lawmakers, leaders and advocates to say enough is enough. No more Americans should die of firearm violence. No more people should lose loved ones.”

The AMA declared gun violence a public health crisis in 2016, 4 years after a 20-year-old gunman fatally shot 26 people, 20 of whom were young children, at Sandy Hook Elementary School in Connecticut. Since then, nearly 950 more school shootings have occurred in this country.

In a statement Tuesday, Moira Szilagyi, MD, PhD, FAAP, the president of the American Academy of Pediatrics (AAP), said: “As a pediatrician, parent and grandmother, I grieve with all the families of the children and adults who were killed today in Uvalde, Texas, victims of a gunman who incomprehensibly opened fire in an elementary school. As president of the American Academy of Pediatrics, I speak for all of those who care for children: We are in shock. We cannot understand why this happened, and we stand with all of those who are mourning this heartbreaking and senseless tragedy.

“There is no justification for this kind of violence anywhere,” Szilagyi added. “And yet, we as a nation have been here before ― multiple times. Columbine High School, Sandy Hook Elementary, Marjory Stoneman Douglas High School, and so many other schools have been sites of terror, violence and death. Many more daily acts of gun violence that don’t make the headlines also rob children of their childhood and families of their community every day. Communities of color are disproportionately harmed.”

The AAP said it has asked the federal government to boost funding for research into ways to prevent gun violence and called for “common-sense laws” to protect communities.

“We should not grow accustomed to these acts of gun violence,” Szilagyi said. “We owe it to the children in that classroom in Uvalde and the many others who will go into their classrooms tomorrow to speak up for them, to not rest until we see real, meaningful, policy change. Until their lives are protected.”

The American Psychological Association (APA) reiterated its call for gun reform laws. Frank C. Worrell, PhD, president of the group, said in a statement: “It is long past time to act to ensure that our schools are safe havens for our children, and that stores, places of worship and our streets are safe for everyone.

“Along with so many others, APA is angry and frustrated that Congress and the states have failed to act — and in some cases have loosened restrictions on access to firearms.”

Ryan D. Mire, MD, FACP, president of the American College of Physicians (ACP), urged doctors of all specialities to sign the Health Care Professional’s Pledge, a 2017 document which encourages clinicians to ask their patients if they have guns at home and advise them on ways to reduce the risk of firearm injuries.

“I also remind the NRA [National Rifle Association], which has steadfastly opposed efforts to make the country safer from gun violence and told ACP in 2019 to stay in our lane, that tackling gun violence is in a physician’s lane as a public health crisis; we will not be intimidated from speaking out for the care of our patients.”

Individual physicians took to social media to vent their anger ― and sense of helplessness ― about the massacre.

Emily Porter, MD, a physician in Austin, responded to news that investigators in Uvalde have asked families of potential victims for DNA samples to help in the identification of bodies:

“In plain English: Because the children were blown to smithereens and they can’t identify the victims.”

“I feel so damn impotent. Seriously, what can I, as an individual, do here? I can vote, sure. I can give money to good organizations. I can tweet that this doesn’t have to happen. But nothing changes. So what can I do? Just hug my kids? Seriously. Tell me what I can do.”

“The expiration of the assault weapons ban in 2004 is partly responsible for the devastation that occurred yesterday. It doesn’t mean people can’t shoot, but they can’t shoot as fast and as much,” Glatter told Medscape Medical News. “Weapons of war, such as the AR-15, are designed to kill as many people as possible in as short a time as possible.”

While the public at large may have grown numb to such violence, Glatter said, healthcare providers on the front lines have not.

“We see and experience the devastating effects of gun violence on a daily basis, ripping apart families for generations to come,” he said. “The effects of deaths and injuries due to gun violence permeates through families with devastating mental health effects, including anxiety, depression, PTSD, and suicides.”

Glatter added that emergency physicians and others on the front lines of health crises ― from COVID-19 and monkeypox to natural disasters ― are trained to respond to these events.

“Should our response to the epidemic of gun violence be any different? Any public health crisis calls for evidence-based solutions. For example, the reduction in motor vehicle accidents over the last two decades didn’t just occur spontaneously,” Glatter said. “It was from cooperative efforts from doctors, policymakers, advances in car safety, driver education, as well as stricter driving laws.”