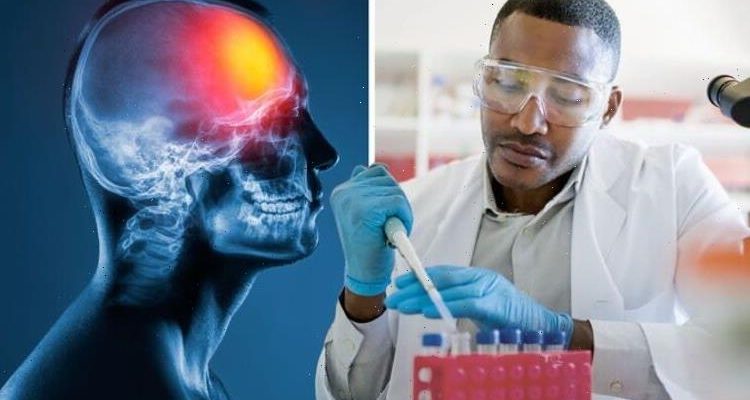 TUBB4a leukodystrophy is an “incurable genetic condition” that affects one in 1,663 births, according to the Cleveland Clinic. First identified in 2014, it makes up a small percentage of the 50 rare neurodegenerative diseases known as leuko-dystrophies. The disorder is characterised by abnormalities in the nervous system’s white matter, which could lead to early death among other life-altering complications. Researchers have warned that thousands of people may be affected by the disease.

Doctor Dan Williams, CEO and co-founder of biotech firm SynaptixBio, which hopes to develop the world’s first treatment for the condition, said: “One of the key issues with diagnosing a condition like TUBB4a is that it is incredibly hard to spot.

“It can also appear similar to other more commonly-known conditions, such as cerebral palsy or multiple sclerosis.

“Unfortunately it is easy to see how signs can be missed. It is vital that our understanding of the disease improves rapidly.”

READ MORE: ‘Felt like I was back in school’ Disabled woman slams staff who refused to serve her

The condition is caused by a mutation in the TUBB4A gene, which disrupts the myelin surrounding nerves, which causes hypomyelination.

Myelin is a substance that acts as a protective shield for the nerves and helps them transmit sensations.

When myelin around the cells becomes deranged, the nerves can become damaged which in turn causes disruption of the signals between nerve cells in the brain.

This could lead to severe impairment of motor skills such as walking, sitting up and even swallowing.

In severe cases, the condition could result in early death for babies and children who develop the mutation.

Symptoms of the condition are difficulty walking, sitting up and swallowing.

The co-founder of SynaptixBio, Doctor Michelle Teng, who diagnosed her daughter with a severe form of TUBB4a, described her child’s plight, saying: “I was fortunate to have been able to perform the tests Sofia needed.

“It is such a complex and costly process.

“We need to ensure patients with the disease are correctly tested to ensure they receive the right care.

“There are currently significant barriers for people with this condition to be diagnosed properly. This is something that needs to change dramatically over the years.”

With 140 million children born globally in 2021, it is believed more than 18,000 could have leukodystrophy.

It was initially believed that the condition affected more than 200 people worldwide, but estimates suggested 1,650 were born with the condition last year alone.

The latest research suggests rates of the disease may be much higher than previously thought.

In the absence of a cure for the disease, researchers at SynpatixBi have called for greater access to diagnostic testing for potential patients.

What’s more, Antisense Oligonucleotides (ASOs) therapy, is hoped to dramatically improve the quality of the lives of patients with the disorder.