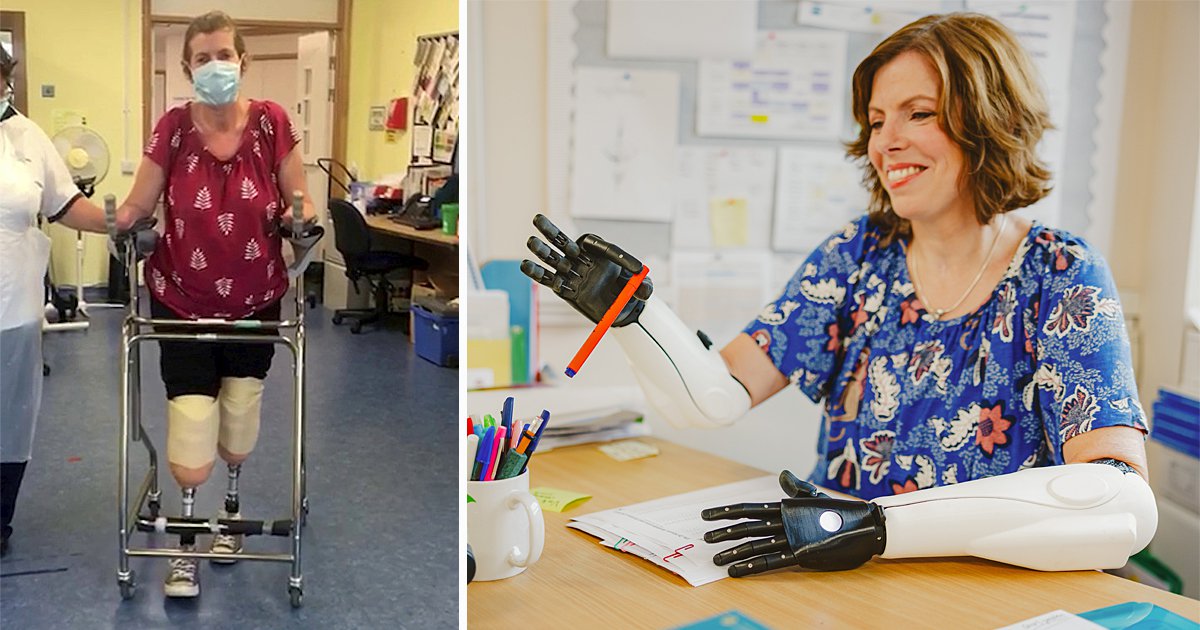 Primary school teacher Kath Tregenna has been able to go back to work after losing both legs and both arms to sepsis – thanks to new bionic limbs.

Kath’s ordeal began two years ago in the run-up to Christmas when she came down with a fever that wouldn’t go away.

It became so severe that London-based Kath had to be taken to hospital, where she suffered between seven and 11 cardiac arrests.

Kath, 47, ‘I owe my life to the 111 operator who noticed some of the symptoms of sepsis and called an ambulance.’

Her prognosis was so bad, her family was told to say their goodbyes.

To stop the sepsis – an extreme and deadly reaction the body can have to an infection – from spreading, the doctors were forced to perform a quadruple amputation on both Kath’s legs below the knees and her two arms below the elbows.

To view this video please enable JavaScript, and consider upgrading to a webbrowser thatsupports HTML5video

She then spent the next month in intensive care, and the New Year adjusting to life as an amputee.

Kath said: ‘My family came to visit me over Christmas, but I don’t remember any of it.’

Before she fell ill, Kath, originally from Cornwall, taught in the International School of London primary school for five years.

That’s where she initially felt unwell with the illness which would eventually turn septic.

She said: ‘I was in school, feeling a little bit unwell and I decided to leave early that day.

‘Over the weekend, I was still unwell and rested, by the Sunday afternoon I decided to call 111.

‘The call handler obviously sensed something and then decided to send an ambulance to my house.’

After the ambulance came and admitted her to hospital, Kath says she can’t remember much else.

She was told that her body had gone into septic shock and that as a consequence, she would need to have all four limbs amputated to survive.

Even though her recovery, she knew she wanted to get back to the classroom.

First, Kath was prescribed prosthetic arm hooks that were uncomfortable and heavy to wear, which would make her heart sink every time she had to put them on.

The mum-of-two said: ‘I always had this dream of being able to go back to teaching and I just knew I couldn’t do that with these heavy hooks.’

However, while she was re-learning how to take her first steps, her school rallied and were able to raise enough money to cover the costs of a Hero Arm from the UK tech company Open Bionics. 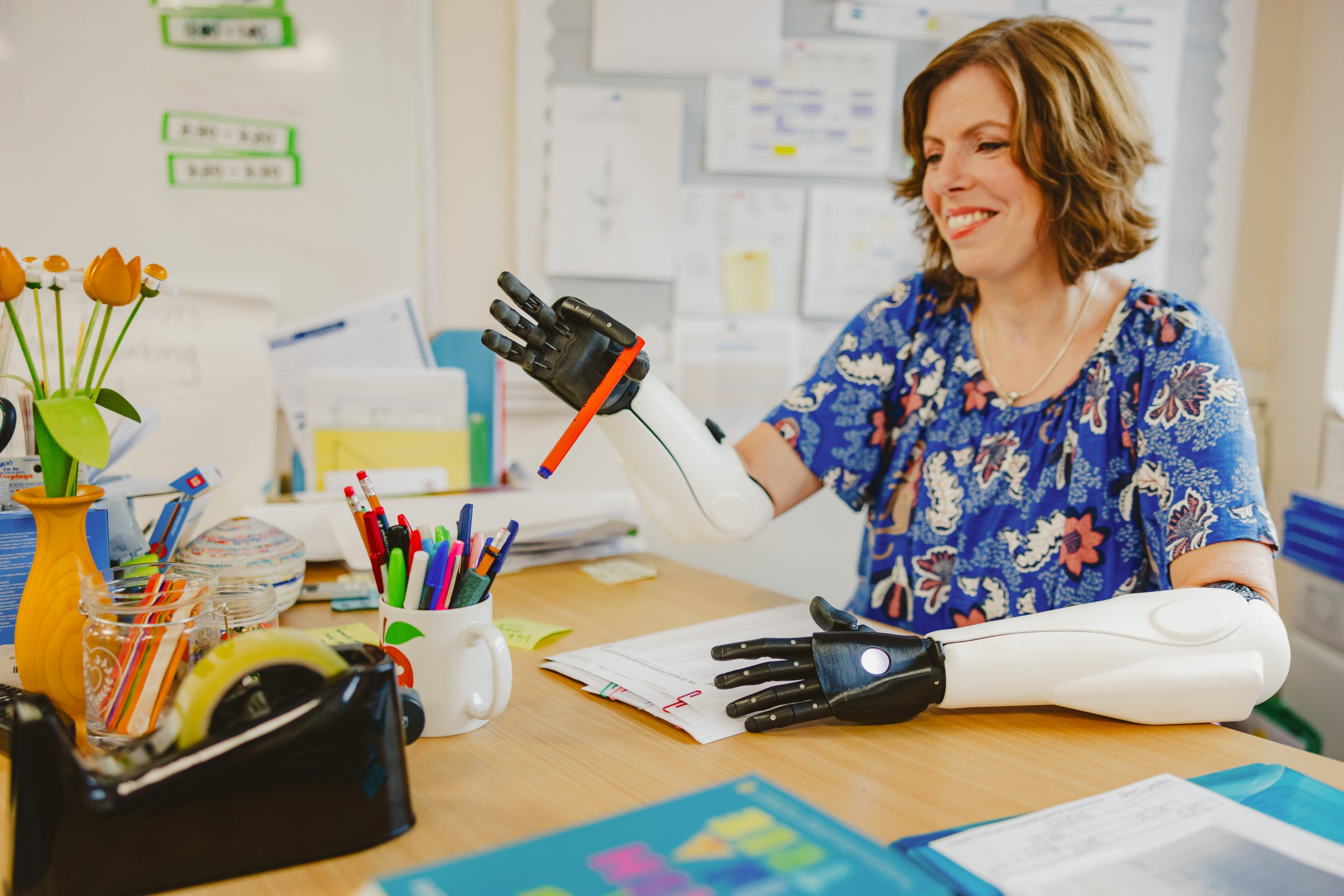 Kath, who says her workplace and colleagues are ‘just like family’, said: ‘This school is a wonderful place to work – it’s a very multicultural school and it has a wonderful community feel.’

With the help of her first bionic arm, she was able to be much more independent and a few months later, she was fitted for another new arm.

Now, after having spent 18 months in recovery, Kath is still coming to terms with life after losing her limbs.

Now that she’s back teaching part-time, she’s been blown away by the children’s responses to her new bionic arms and legs. 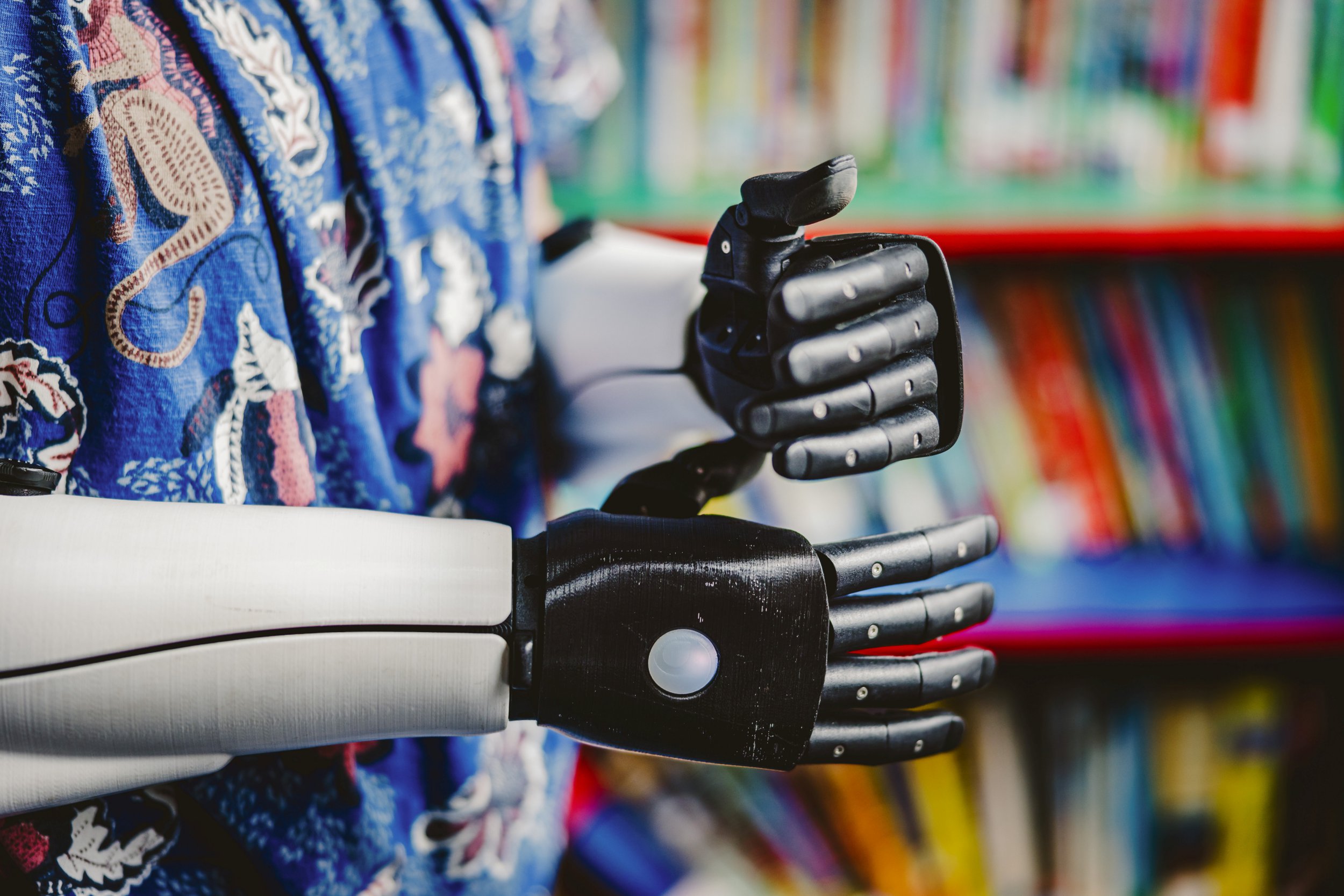 She said: ‘It’s all thanks to arms I am able to teach again.

‘From writing on the school board to carrying books, children are obsessed with the Hero Arms and always ask me to show how they work.

‘From the moment I arrive at school, I’m using the arms to do all sorts of tasks.

‘Going out wearing the arms actually makes me feel very very confident. They just enable me to carry out a range of classroom activities, which I wouldn’t otherwise be able to do.’

Kath’s arms were custom-fit to suit her and matched to her individual prosthetic requirements and design preferences. 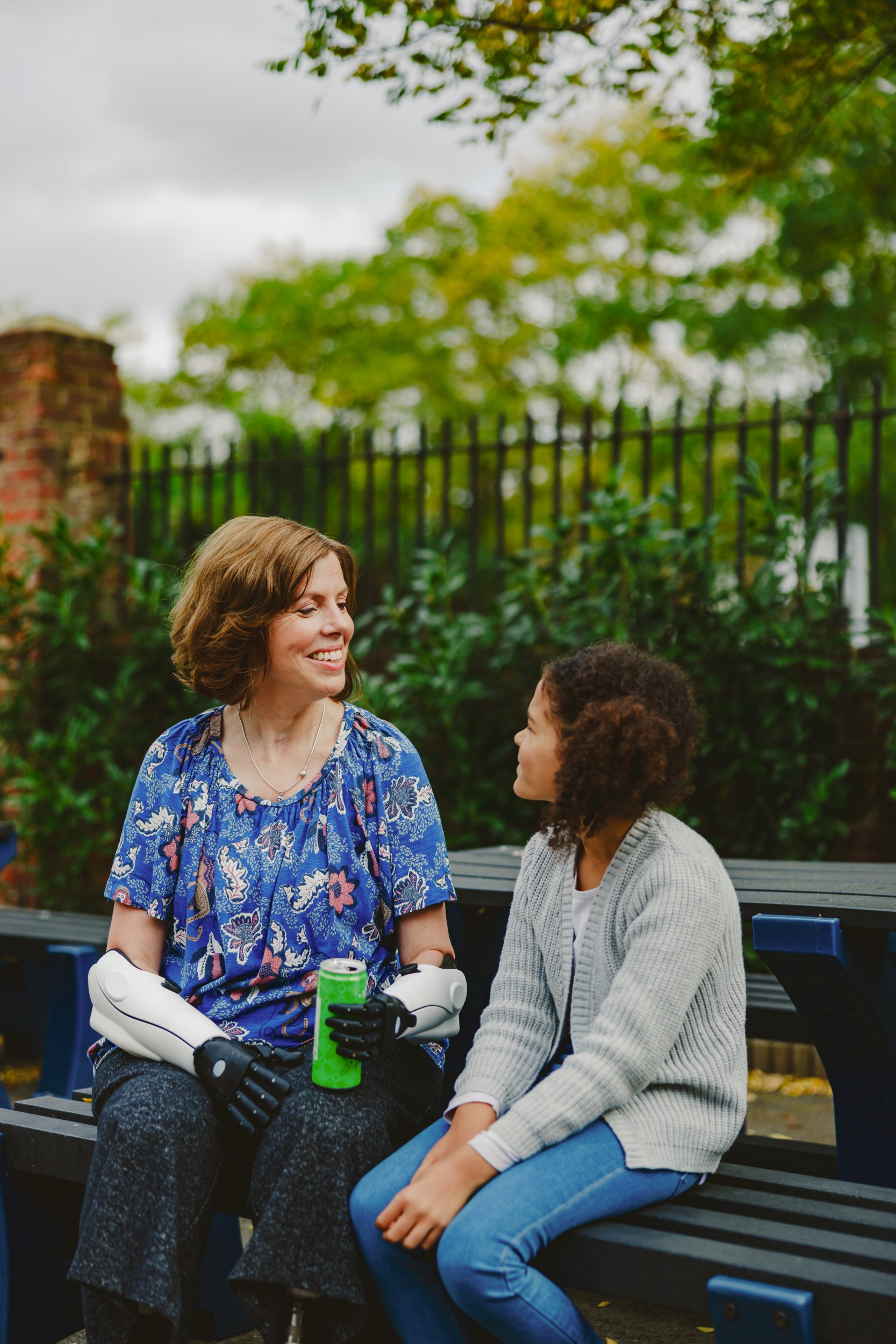 Unlike her first prosthetic hooks, which were heavy and much harder to use, Kath’s new arms use myoelectric sensors which detect muscle movements in the arm and convert them into intuitive hand movements.

Yhe Hero Arm bionic was co-designed with amputees from Bristol, and Open Bionics use custom 3D printing and scanning when creating their bionic limbs.

Samantha Payne MBE, the co-founder of Open Bionics, said: ‘Kath is incredible. Our entire team is in awe of Kath’s determination to get back to doing what she loves most – teaching.

‘Seeing her using both of her Hero Arms for everyday things really puts into perspective how important bionic technology can be when it comes to giving people recovering from life-changing surgeries a level of independence to achieve their goals.’