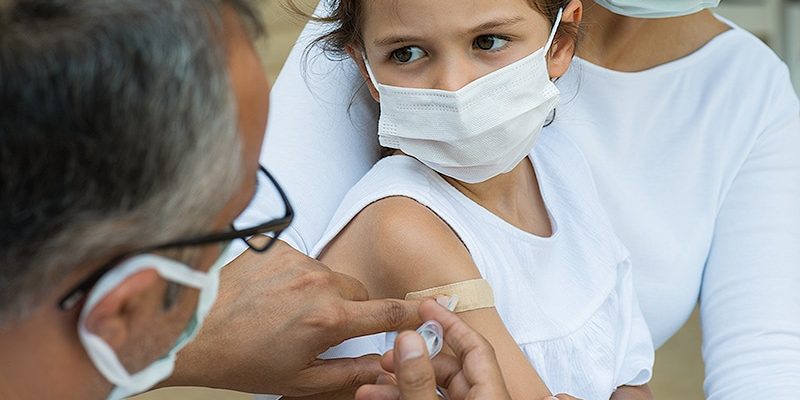 The World Health Organization is expected to recommend truncating treatment of children with mild tuberculosis by 2 months — from 6 months to 4 — after a randomized trial found similar outcomes with the shorter regimen.

An international team of investigators found the abbreviated course of antibiotics was no less effective or safe than conventional treatment and saved an average of $17.34 per child — money that could be used to mitigate the toll of TB, which is estimated to sicken 1.1 million children worldwide each year.

The findings come as deaths from TB are rising as a result of the COVID-19 pandemic, which has hindered efforts to find and treat patients. In 2020, according to the WHO, an estimated 1.5 million people died from TB, the first year-over-year increase in such deaths since 2005.

Nearly a quarter of children with TB die, primarily because they go undiagnosed, according to the researchers, who published the study today in the New England Journal of Medicine. Shorter treatment “translates into very large cost savings that could be used to improve screening and diagnosis to address the current case detection gap,” first author Anna Turkova, MD, of University College London, UK, told Medscape Medical News.

The standard TB regimen is based on trials in adults with severe respiratory disease. However, about two thirds of children have nonsevere infections.

For the study, Turkova and colleagues assigned 1204 children with TB in four countries — Uganda, Zambia, South Africa, and India — to either a 4- or 6-month regimen with first-line medications rifampin, isoniazid, pyrazinamide, and ethambutol. Participants were aged 2 months to 15 years and had symptomatic nonsevere lung or lymph node infections with a negative test on a sputum smear microscopy. Eleven percent also had HIV.

After 18 months, 16 participants in the group that received the shortened treatment and 18 in the standard treatment group had experienced an unfavorable outcome — defined as treatment failure, recurrence of TB, loss to follow-up, or death (adjusted difference, -0.4 percentage points; 95% CI, -2.2 to 1.5).

Similar numbers — 47 in the 4-month group and 48 in the 6-month group — experienced severe or life-threatening adverse events, most commonly chest infections, such as pneumonia, and liver problems, during treatment or up to 30 days after the last dose.

The WHO plans to issue new guidelines and a handbook for TB management in children and adolescents on March 24, World Tuberculosis Day, a spokesman for the agency told Medscape.

“It can be challenging to convince young children to take medications on a regular basis for 6 months,” Mandalakas, a member of a WHO guidelines development group that reviewed the study, told Medscape. “Despite best intentions, parents often become fatigued and give up the medicine battle.”

A WHO statement noted that long treatment regimens can add toxicity and risk of drug interactions for children with HIV.

Separate efforts have been underway to hasten TB treatment in different groups of patients. A study published in NEJM last May showed that 4 months of the potent antibiotic rifapentine, along with another antibiotic, moxifloxacin, was non-inferior to the standard 6-month regimen in patients aged 12 and older. According to editorial accompanying that study, the research illustrated the potential for shorter treatment courses that would be cheaper and less cumbersome, although that particular combination poses hurdles such as adherence issues and potential bacterial resistance.

Experts agreed that improved diagnostic procedures are critical to significantly reducing TB pediatric deaths — an issue that Turkova said will be addressed in WHO’s forthcoming handbook.

Because no gold-standard test exists for TB, and symptoms often overlap with other infections, widespread screening of children in households where adults have been diagnosed with TB has been found to improve detection of the disease. “Training of healthcare workers, easy-to-implement diagnostic algorithms, and widely accessible training materials on chest radiography in childhood TB should also improve case finding and treatment initiation,” she said.

The trial was supported by UK government and charitable research funders. Turkova and Martinez reported no financial disclosures. Mandalakas reported honoraria from WHO to support the preparation of diagnostics and treatment chapters in the operational handbook, for providing lectures for Medscape, and for serving on a data safety monitoring board for Janssen Pharmaceuticals.