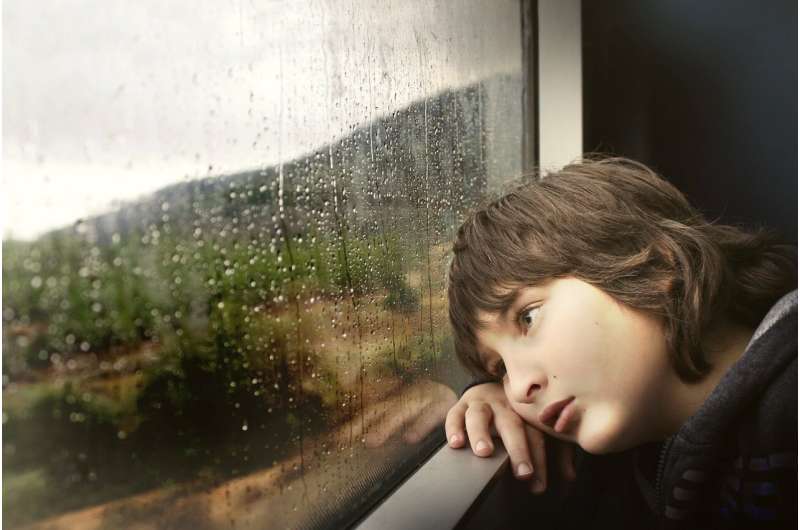 Children who did not take part in social and group activities during the pandemic had significantly higher levels of anxiety than those who did not. Elevated anxiety levels were also found among children in households whose incomes fell, a University of Gothenburg study shows.

The study, published in the Scandinavian Journal of Public Health, is based on survey responses from 744 children in Sweden aged 6–14 years and their guardians, in most cases mothers. Data collection took place in the period from July to November 2020.

To measure anxiety level, two well-established instruments were used: the Children’s Anxiety Questionnaire (CAQ) and the Numerical Rating Scale (NRS). The results show generally low levels of anxiety, which the researchers link to the fact that primary schools were open as usual.

The children’s ability to express advantages in their own words also shines through in the parts of the study where they were given a chance to comment: “Playing outdoors more at school is good” (nine-year-old girl), and “It’s fun being at home with Mom and Dad a lot—we’ve done lots of building with Lego” (six-year-old boy).

It was also possible to link the children’s anxiety to changes in household income, if any. Children with guardians whose incomes decreased in connection with the pandemic were affected by anxiety to a relatively large extent. Intense anxiety was noted in 6.6% of the children whose household income was reduced, compared with 1.9% of those in households whose income was unchanged. The results were classified according to the CAQ scores.

In addition, the children expressed fear of how COVID-19 could affect them and their relatives. The seriousness of the disease, the prospect that the pandemic might last a long time, and the fact of not seeing elderly and frail relatives caused anxiety and grief in many children.

“This shows that we need to have child-friendly information with pictures for the younger kids, so that they understand and don’t get frightened unnecessarily,” says Margaretha Jenholt Nolbris, senior lecturer in care sciences at Sahlgrenska Academy, University of Gothenburg, and both first author and corresponding author of the study.

Low levels of anxiety in Sweden

Most of the co-authors are active at higher education institutions and with health care providers in Sweden, but there is also a connection with Botucatu Medical School in the state of São Paolo, Brazil.

“The majority of the kids in our Swedish sample perceived low levels of anxiety, which is in contrast to many other studies—not least in Brazil. For the children, social contacts were important, and so was maintaining physical and outdoor activities, in protecting their mental health,” Jenholt Nolbris says.