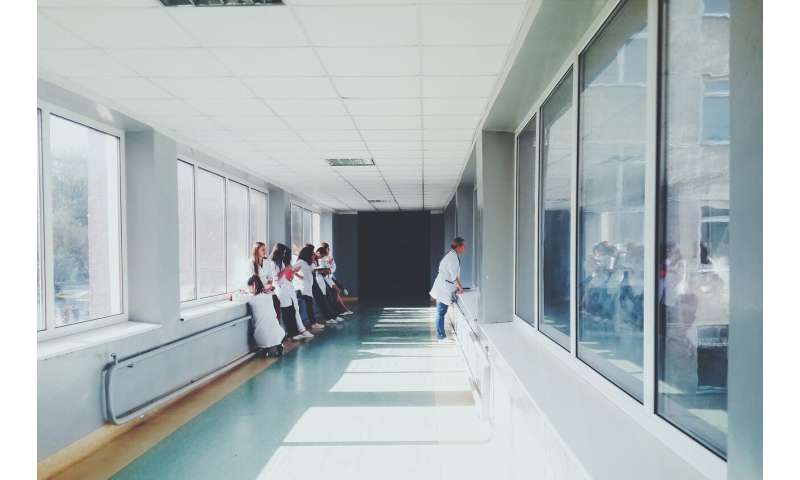 A new study from the Bloomberg School of Public Health and researchers at Addis Ababa University in Ethiopia has found that as of June, the proportion of women in urban areas—where COVID-19 rates were highest—who delivered in lower-level health facilities significantly increased while deliveries in hospitals declined. A pregnant woman’s place of delivery is a key maternal health service component that has a direct impact on pregnancy and newborn outcomes, and researchers have been monitoring how the COVID-19 pandemic is affecting women’s delivery patterns.

The analysis was conducted using data from the Performance Monitoring for Action Ethiopia survey, led by Linnea Zimmerman, assistant professor in the Department of Population, Family, and Reproductive Health at the Bloomberg School, and Solomon Shiferaw and Assefa Seme at Addis Ababa University. The project is managed by Johns Hopkins global health affiliate Jhpiego and the Gates Institute. Results from the analysis also showed that at the national level, there was no difference in the proportion of women who delivered in a hospital and home delivery rates remained unchanged.

“Though it is reassuring that home delivery rates did not increase, shifts to lower-level facilities are potentially problematic given their lower levels of readiness,” Zimmerman said. Findings from the PMA surveys show that health posts and health centers generally have much lower capacity to handle birth complications, both in terms of essential medications and procedures, such as Cesarean sections.

Regardless of the time period, wealthier women, more educated women, women who had never given birth before, and women 30 and older in urban areas were more likely to deliver in a hospital than were women who were poorer, less educated, younger, or had previously given birth. The pattern of delivery location among rural women was no different before or after the pandemic. Similar to the patterns observed in urban areas, higher age, education, wealth, and having never given birth were associated with a higher likelihood of delivering in a health facility (including hospitals, health centers, and health posts) compared to home delivery.

Among women who indicated that the pandemic affected where they delivered, about three in four said they were afraid of getting or spreading COVID-19, two in five were scared of being alone in a health facility while delivering, and more than one-third said there was no transportation available.