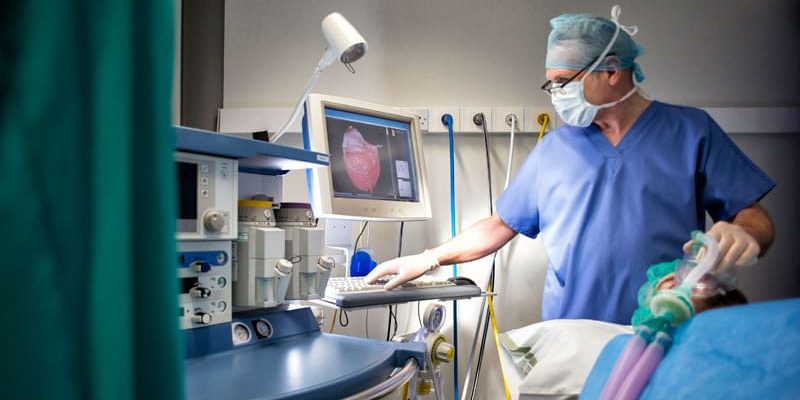 Manual face mask ventilation during routine surgery produces fewer aerosols than normal breathing and coughing, new research suggests. Based on these findings, published October 26 in Anaesthesia, the study investigators argue that face mask ventilation does not increase the risk of COVID-19 transmission compared with general proximity to a patient, and should not be considered an aerosol-generating procedure.

“When you’re doing a risk assessment for COVID-19 transmission, the patient is the key index, not the procedure itself,” Andrew Shrimpton, BChD, MBChB, the lead author of the study, told Medscape Medical News. Shrimpton is a National Institute of Health Research doctoral fellow at the University of Bristol in England.

Aerosol-generating procedures are thought to produce higher levels of bioaerosols than coughing, therefore increasing the risk of transmission of respiratory pathogens. But the evidence that both the Centers for Disease Control and Prevention (CDC) and the World Health Organization used for these classifications is “fairly weak,” Shrimpton said, and predominately from the 2003 SARS epidemic. While there were associations found between certain procedures — like face mask ventilation — and subsequent infections in healthcare workers, “there’s certainly no definite causation,” he said. Researchers also had yet to measure the aerosols generated for face mask ventilation, he added.

Shrimpton and colleagues set out to answer these questions with the Aerosolization and Transmission Of SARS-CoV-2 in Healthcare Settings (AERATOR) study, which aimed to determine the amount of aerosol generated during medical procedures. In this experiment, researchers measured aerosols generated by 11 patients undergoing routine, elective surgery. The patient group included six women and five men, with an average age of 60 years and average body mass index of 27.1. All procedures were performed in ultraclean operating theaters with very low background particle concentrations (2 particles per liter).

Using a funnel placed 20 cm directly above a patient’s mouth, the researchers measured aerosols produced by a patient’s regular breathing for 60 seconds while they were awake, as well as during three voluntary coughs, each 30 seconds apart. These measurements served as a baseline to compare with all subsequent recordings; each patient served as their own reference to account for variation between patients. Then, the anesthetist administered intravenous propofol and an opioid, followed by the muscle relaxant rocuronium. Once the patient was unconscious, the researchers conducted aerosol monitoring during face mask ventilation for 60 seconds. They also measured aerosol generation during ventilation with an intentional air leak for 1 minute, to represent a “worse-case scenario” of aerosol leaking into the environment. To measure aerosols during ventilation with an intentional leak, the sampling funnel was placed toward the side of the face mask with the leak to capture escaping aerosols.

“This is one of a series of studies looking at the procedures classically defined as aerosol generated by the World Health Organization and CDC and actually quantifying the number of aerosols they produce,” said Michael Klompas, MD, MPH, a hospital epidemiologist at Brigham and Women’s Hospital in Boston, Massachusetts, in an interview with Medscape. He was not involved with the study. These studies, he noted, have mostly come to the same conclusion: “Most of the things we have on our list of aerosol-generating procedures actually do not generate many aerosols at all — far less compared to any breathing, coughing, or loud talking,” he said.

When considering the risk of COVID-19 exposure, “it’s not the procedure we should be worrying about at all,” Klompas said; instead, community incidence rates, potential patient exposure to the virus, and time spent near the patient are far more important factors to consider when evaluating transmission risk.

In low-risk environments, lower personal protective equipment requirements may be appropriate for airway management, said Shrimpton. “Hopefully our study will help to reappraise the current infection control precautions that are implemented,” he added, “which is critically important to allow us to recover from the backlogs that have been generated due to the pandemic.”

Shrimpton and Klompas both agree that the findings should spur action to re-evaluate what constitutes an aerosol-generating procedure. “We really ought to take a fresh look at that whole concept,” Klompas said.