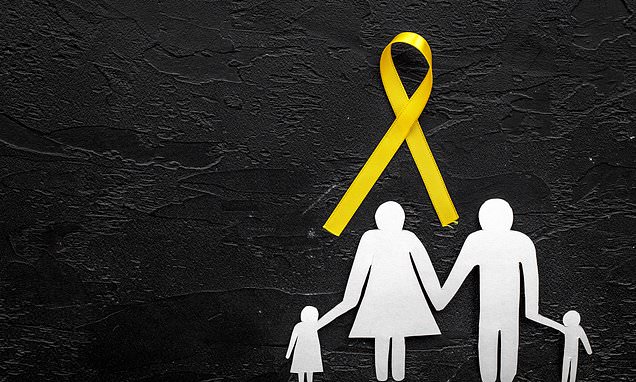 Suicide does run in families, study suggests – and people with socially anxious relatives may be more at-risk

Suicide may run in families that tend to suffer from mental illnesses, a new study finds.

The new study, conducted by the National Institutes of Health (NIH), suggests that families in which social anxiety is more common may also be at greater risk for suicide attempts.

The researchers believe that this knowledge could help doctors catch at-risk individuals who might otherwise slip between the cracks of prevention efforts. 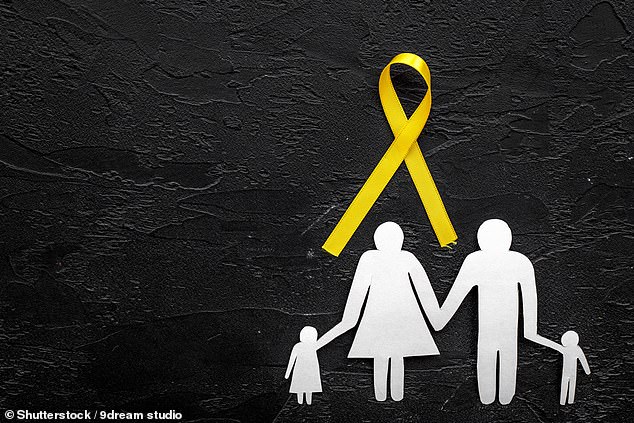 According to new research, suicidal tendencies do run in families – especially those that share social anxiety and psychiatric disorders

In the grander scheme of health research, it’s only recently that we have discovered that a handful of rare diseases are caused by a one or several specific genes.

And it is even more recently that we’ve begun to gain a rudimentary understanding of mental illness.

Even celebrities like Kate Spade and Anthony Bourdain who spent so much of their lives in the spotlight slipped through the cracks of prediction and prevention efforts, taking their own lives last year.

As best we can tell, mental illnesses are predicated on a perfect storm of genetic and environmental factors.

The NIH recently discovered that major depression, bipolar disorder, autism, attention deficit hyperactivity disorder (ADHD) and schizophrenia all share some genes that put some at higher risk of the disorders than others.

And some of these mental disorders can be predictors of suicide attempt and death risks, too.

They also tend to run in families.

To investigate whether suicide runs in families, researchers at the NIH conducted the largest study to-date interviewing family members of 119 adults and their families about their histories of mental illness and suicide attempts and deaths.

But the new study uncovered new patterns common to members of the same families.

The researchers found that when suicide seemed to run in a family, so did feelings of social anxiety – a trend that hadn’t been established previously.

Links between the two were even more potent when family members also had a psychiatric disorder, most notably, bipolar disorder.

These parallel tendencies suggested to the scientists that ‘people with these traits could have greater reactivity to social loss or disruption.’

Because social anxiety is fueled by difficulty processing negative emotions, the finding suggests that both shared social conditioning and inherited brain functions may be at play in introducing suicide risks into a family.

Or, these family members could have shared an outsize amount of trauma and stress in their shared pasts – making them more vulnerable to suicidal ideation.

Family patterns are hardly a one-size-fits-all diagnostic tool, however,  the researchers wrote.

On the other hand, their discovery suggested that including a finer analysis of family histories, personalities and experiences might help doctors catch individuals at-risk for suicide that otherwise would have slipped through the cracks.

‘The broader association of mental disorders with familial environment suggests that risk research that focuses solely on individual-level biomarkers, susceptibility genes, or neural architecture may be unable to identify suicide risk without accounting for the contextual association with vulnerability to proximal life challenges,’ they wrote.