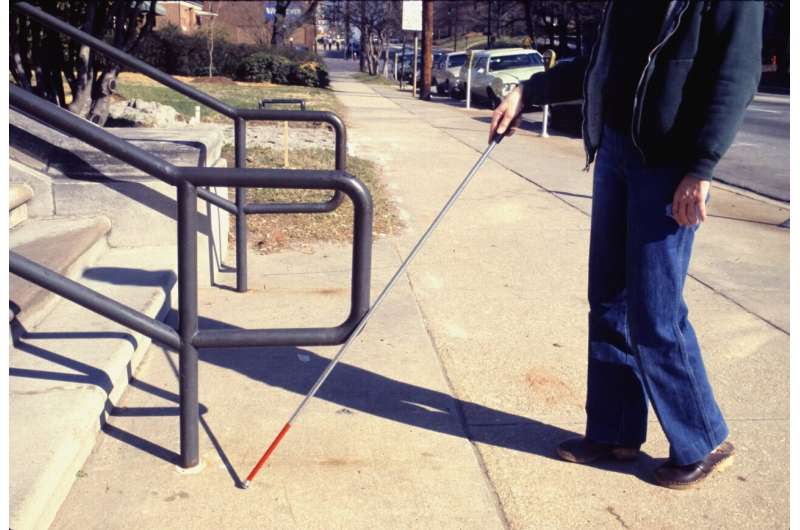 “This work validates the lived experiences of people with visual impairment,” says Lynsey Romo, corresponding author of the study and an associate professor of communication at North Carolina State University. “It also provides tangible ways blind and visually impaired individuals, as well as sighted people, can use communication to create more positive social interactions.”

“I’ve encountered countless instances of uncomfortable interactions with others, but the turning point for me was when I brought my guide dog to the vet and she talked to my driver as if I weren’t in the room,” says study co-author Melissa Taussig, a mental health professional with a lifelong visual impairment. “That visit was the catalyst for me to collaborate with Lynsey to explore how other people living with blindness or visual impairment navigate these circumstances.”

For this qualitative study, the researchers conducted in-depth interviews with 24 adults in the United States who are living with blindness or visual impairment. The interviews focused on social interactions, feelings of stigma and uncertainty, and techniques interviewees developed for managing these social interactions.

“We found uncomfortable social interactions are inherently part of living with blindness,” Taussig says. “Blind and visually impaired individuals can miss visual cues that sighted people take for granted. And people often don’t know how or whether to speak directly to us.”

“These interactions can be awkward because people with visual impairment often have to ask for help with day-to-day tasks, like getting a ride to the store or finding the elevator in an unfamiliar building,” says Romo. “Such requests may be awkward for sighted people who have differing degrees of awareness or experience with the blind community. Some may want to help but don’t know how. Others have good intentions but end up overstepping.”

Study participants also commonly reported feelings of shame and isolation related to their blindness, which was often reinforced by the uncomfortable nature of many of their social interactions.

“Disclosing blindness can be emotionally exhausting because we’re often tasked with explaining ourselves to others, but it does help us get access to resources that we wouldn’t otherwise have,” says Taussig.

Examples of ways to recover from awkward encounters included:

The researchers also drew on the study to outline constructive ways allies can support people with visual impairment.

“Conducting this study underscores how little research is out there on the lived experiences of people with visual impairment and the challenges they face in navigating social situations,” Romo says. “Based on our interviews, even people living with blindness know very little about how common their experiences are.”