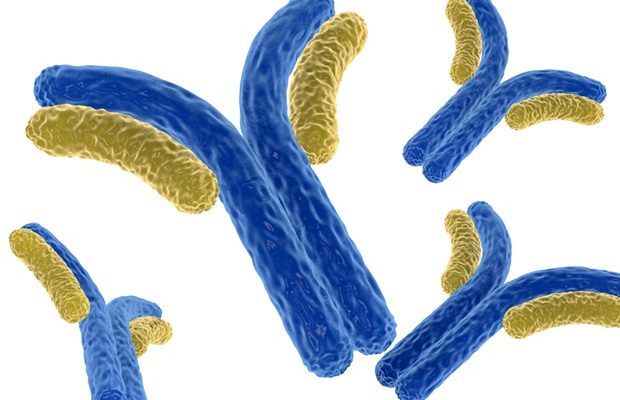 Asthma is a chronic lung condition characterized by airway narrowing and inflammation, as well as increased airways sensitivity to a variety of stimuli. In the United States, about 10% of the 30 million people with asthma suffer from severe asthma, in which the condition is poorly controlled even with the use of traditional therapies, like corticosteroids.

Severe asthma is a big problem globally, and we are always looking for new strategies for patients who don't respond to currently available therapies. We have targeted a new pathway that may potentially interrupt the inflammatory cascade and improve care in asthma patients."

Currently, several monoclonal antibodies, such as dupilumab, mepolizumab and benralizumab, have been approved to target cytokine proteins like interleukin-4, interleukin-5 and interleukin-13, and these drugs are known to be effective in treating severe type 2 asthma. However, new targeted therapies are needed.

Itepekimab is a novel monoclonal antibody designed to target interleukin-33. The international research team investigated the efficacy of itepekimab on its own and in combination with dupilumab in a multicenter, randomized, double-blind, placebo-controlled trial at 70 sites. Study participants were between the ages of 18 and 70 years old, suffered from moderate-to-severe asthma and received inhaled glucocorticoids, as well as plus long-acting beta-agonists (LABAs).

Subjects were divided into four groups that received either subcutaneous doses of itepekimab, dupilumab, a combination of both, or a placebo, every two weeks for 12 weeks. By the end, an event indicating a loss of asthma control occurred in 22% of the patients in the itepekimab group versus 41% of those in the placebo group, 27% of those in the combination group, and 19% of those in the dupilumab group. Itepekimab also significantly improved lung function.

"This study gives us insight into the pathophysiology of asthma and gives hope for a new therapeutic option for patients suffering from severe asthma," said Dr. Wechsler. "We look forward to moving this research forward to help patients breathe as well as possible. We still need to ascertain which patients are most likely to respond to this novel therapy."