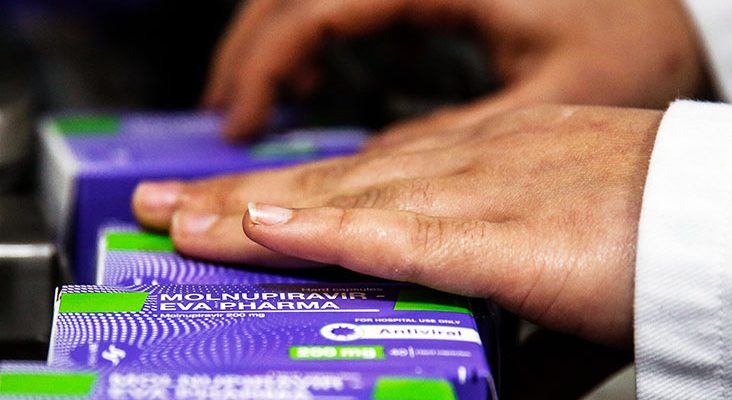 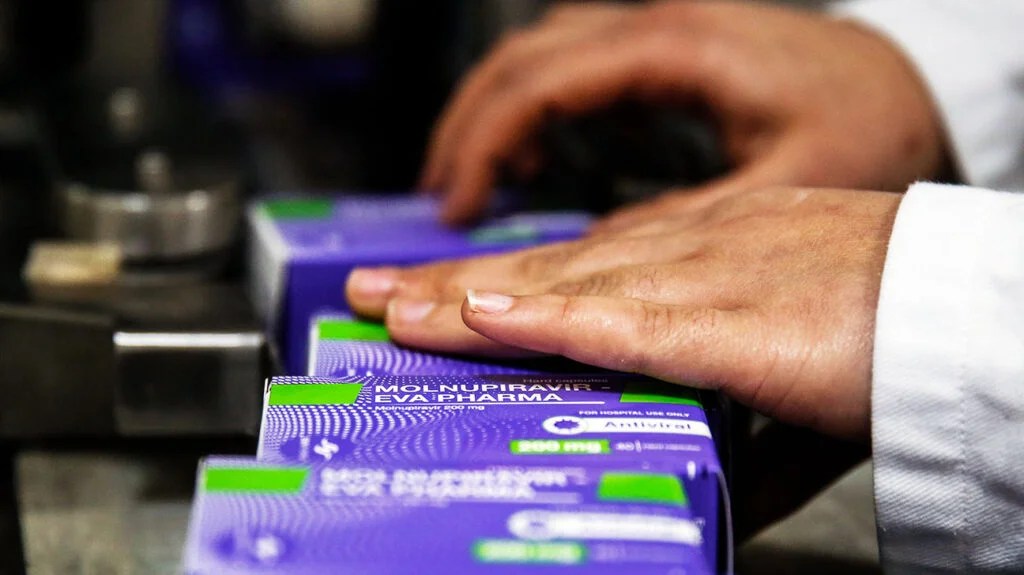 While COVID-19 vaccines have been crucial in helping reduce the number of fatalities caused by SARS-CoV-2 infections, antivirals also played a part.

One of those drugs is molnupiravir, which the Food & Drug Administration (FDA) authorized for use in people over the age of 1 in December 2021. It has been a particularly useful drug as it can be taken orally and at home in a bid to avoid hospitalization.

Research published in October 2021 in the BMJ showed that molnupiravir reduced the risk of hospitalization by 50% in people at higher risk of severe COVID-19.

A multi-center group of investigators headed by a team at Georgia State University investigated the effect of molnupiravir on different SARS-CoV-2 variants of concern, including Alpha, Beta, Gamma, Delta, and Omicron, on human cells, human cell-derived organoids, ferrets, and dwarf hamsters, with some mixed results.

When the drug was initially approved, the FDA noted that new variants of concern meant it was important to expand the number of therapies available while continuing to test their safety and effectiveness.

Researchers had well-documented the immune evasion capabilities of new SARS-CoV-2 variants—whether it was immunity gained via vaccination or previous infection. However, it is unclear how variants impact the effectiveness of antiviral drug treatments such as molnupiravir.

As molnupiravir works by inhibiting an enzyme involved in the viral life cycle in infected cells, studies of its efficacy need to be in the host cells rather than directly on the virus itself, said Dr. Hella Kohlhof, Chief Scientific Officer at Immunic Therapeutics.

This host-based approach, such as designing drugs that could have an antiviral effect in the host cell rather than on the virus, could help develop treatments against future variations.

Dr. Kohlhof told Medical News Today in an interview that molnupiravir is a relatively broad-based antiviral means that its efficacy should not—in theory—vary between different variants as much as vaccines, which were designed solely to target the spike protein.

“Vaccination, to be really efficacious, needs to be as specific as possible on certain proteins from the virus. And if you do the antiviral drug development, and if you have this host-based approach, you’re really acting on a mechanism within the infected cell and not on the virus directly,” Dr. Kohlhof explained.

It isn’t easy to hold clinical trials for each new variant as these take months. In addition, a new variant may become dominant when the results are published. That’s why it has spurred scientists to develop other models, such as human cells or animals, to test the effect of these antiviral therapies for COVID-19.

The World Health Organization, for example, assembled its own COVID-19 modeling expert group in 2020. The group evaluates advances in animal models used as preclinical models. So far, experts have proposed non-human primates, mice, ferrets, and hamsters as potentially useful models.

Dr. Simon Funnell, a scientific leader of the U.K. Health Security Agency and a member of the WHO expert group for the past two years, told MNT that one of the outcomes of this work was to highlight the importance of reproducing such findings in more than one species.

“Experience has shown, especially during the SARS-CoV-2 pandemic, that there is great strength in data sharing and verification by independent groups,” Dr. Funnell said.

He gave an example of how research around hydroxychloroquine for COVID-19 progressed.

“This was the case for the preclinical assessment of hydroxychloroquine where human organ culture findings were supported by non-human primate and other animal model data [that showed it was not an effective drug] despite early findings in Vero cells and mice which suggested it would a beneficial drug to treat SARS-CoV-2 infection,” he explained.

For their first experiment, the researchers looked at the drug’s effect on human cells infected with different variants of concern. To do this, they looked at cells in vitro and developed organoids designed to behave like miniature organs made of tissues derived from human cell lines.

As part of this experiment, the researchers developed organoids to mimic the epithelium of the lungs in humans, using cells from a male human donor. Their analysis found molnupiravir equally inhibited variants of concern in cells and organoids.

They carried out further studies in ferrets, which showed that molnupiravir treatment reduced the shedding of the virus and prevented transmission.

However, one of the more surprising findings from the study was when male dwarf hamsters fared better overall than female hamsters when treated with molnupiravir after infection with Omicron. Researchers did not observe this variation with other variants, which matches previous trials on humans.

The study did not investigate the impact of sex on the results in the other models as the only ferrets used were female and the cells used to develop organoids were male.

Dr. Funnell said this could have been investigated further:

“Female human donors are available for organoid culture and it seems that this could easily be investigated. The media used for such studies could also be balanced to reflect human hormonal differences in circulating blood.”

Dr. Funnell also pointed out another limitation of the findings. The dwarf hamsters used in the experiments were between 3 and 10 months old, which could be the difference between a child and an adult, he told MNT.

“The dwarf hamster cited in this study are less widely characterized and represent a relatively new model of SARS-CoV-2. One clear peculiarity of this model is the apparent increased pathogenicity of the Delta variant of SARS-CoV-2,” he said.