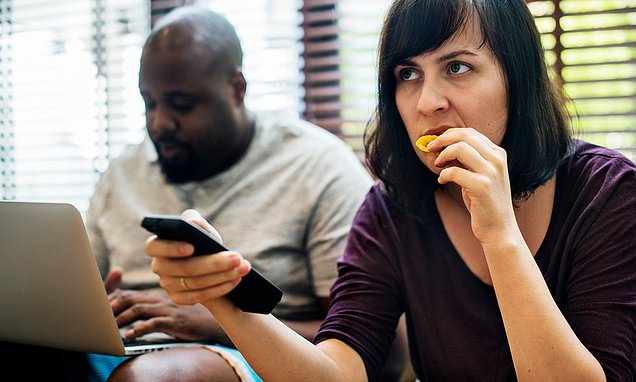 The risk factors for eating disorders are complex and thought to involve genetic dispositions, particular brain chemistry and how the pressure of the world around people affects their psychology.

Some experts in the field are already pushing for prevention and treatment plans for eating disorders that involve not just the person suffering from anorexia, over-eating or bulimia. 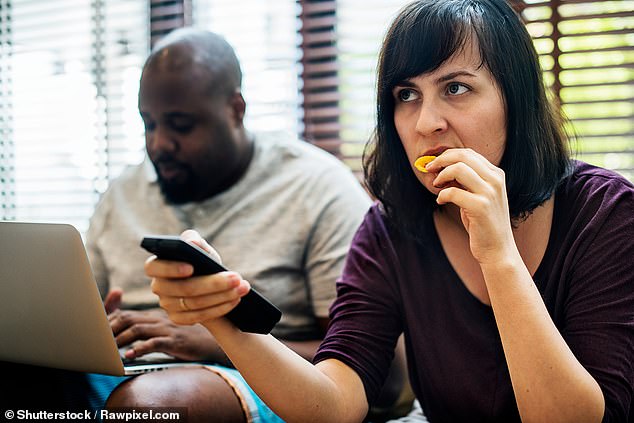 The more pornography women’s male partners watch in a week the more at-risk the women are for eating disorders, according to a new Ohio State University study

Low self-esteem and perfectionism are considered leading risk factors for disordered eating, but external forces can certainly tip the scale.

In the US, a minimum of 30 million people are estimated to struggle wwith some form of eating disorder.

Conditions like anorexia are often portrayed somewhat dismissively in the media but in fact someone dies as a direct result of an eating disorder about one every hour.

And some may develop the disorders partly in response to feelings of inadequacy.

Drawing unfavorable comparisons between yourself and someone on screen can stir up deep-seeded insecurities – as can the belief that your romantic partner is making those same comparisons.

‘We often talk about the influences of media, family and friends on eating disorders, but little has been done to determine how a partner’s influence might contribute to a woman’s disordered eating, said lead study author Tracy Tylka, an Ohio State University psychology professor.

‘t’s a gap in the research and if certain partner variables are risk factors we should be giving them more attention.’

So, the researchers surveyed over 500 women in the US, asking demographic questions and subtle ones that help psychologists identify eating disorders without asking about them out-right.

The link was clear: women whose partners watched as much as eight hours of pornography were at much greater risk

And that finding applied across the board, Tylka said.

‘The women who were part of this study had an average age of almost 34, and were from a broader demographic than the stereotypical white adolescent girl with anorexia.

‘Disordered eating affects many people who do not fit this description – as many as 20 to 25 percent of women – and this study helps us better understand the influences on these women.’

‘In many categories of eating disorder symptoms, perceived pressure from a romantic partner to be thin appeared to be more detrimental than pressure from friends or family, or even the media,’ Tylka said.

‘The relationship between partner pornography use and disordered eating was stronger for this group of women than for college women we’ve previously studied. That could be because these women have had more relationship experiences, and these experiences have shaped their relationships with food and their perceptions of their bodies.’

There’s a silver-lining though. Educating and involving women’s partners about patterns and behaviors that can increase risks for disordered eating – alongside the women themselves – could dismantle those tendencies.

‘Some professionals are already advocating for integrating partners in eating disorder prevention and treatment, and these findings support this argument,’ Tylka said.