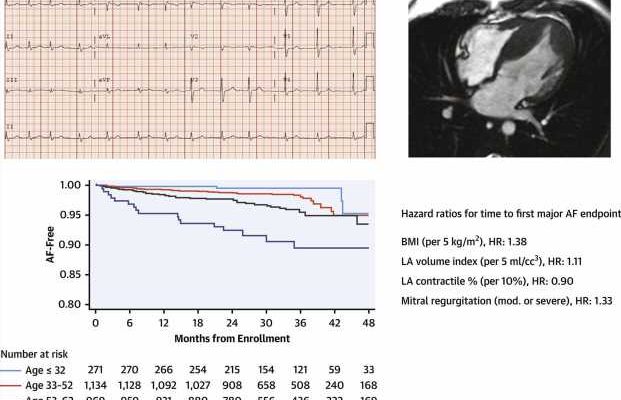 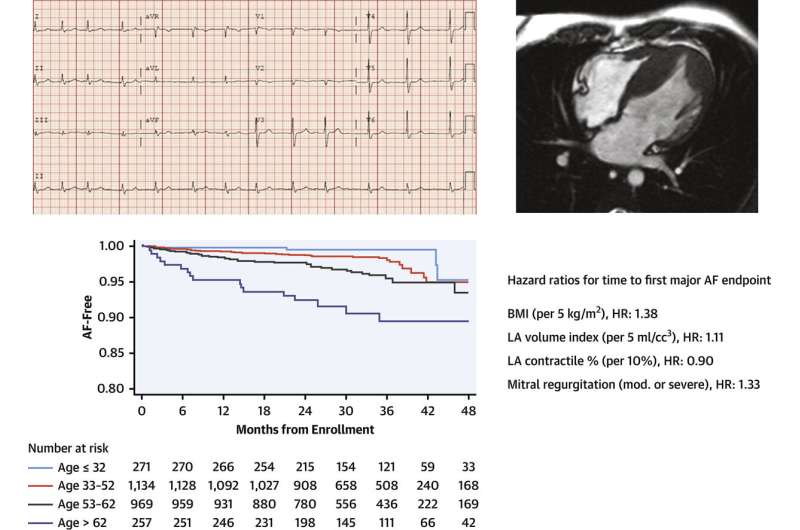 New research will help doctors identify, treat and prevent potentially dangerous irregular heartbeats in patients with hypertrophic cardiomyopathy, a common heart condition in which the heart thickens and strains to pump blood.

These chaotic heart rhythms are known as atrial fibrillation. Atrial fibrillation can be asymptomatic, but it can lead to blood clots, stroke or even heart failure. The new research, from an international team of doctors and scientists, identifies risk factors for major atrial fibrillation outcomes, such as the need for procedures or hospitalization for more than 24 hours, in patients with hypertrophic cardiomyopathy.

Age was the dominant predictor, the researchers found. But they also identified a list of other predictors, including obesity as measured by body mass index. Obesity was particularly important in younger patients, the researchers conclude.

“The latter finding points out the importance of weight loss and exercise in [hypertrophic cardiomyopathy] patients,” said researcher Dr. Christopher Kramer, the chief of the Division of Cardiovascular Medicine at UVA Health, Virginia’s only designated Center of Excellence by the Hypertrophic Cardiomyopathy Association. “Until only recently, exercise was thought to be contraindicated in HCM. This is no longer the case based on recent studies.”

Like atrial fibrillation, hypertrophic cardiomyopathy often goes undiagnosed. It is, however, the most common inheritable heart disease, and it is the most common cause of sudden cardiac death in young athletes.

Atrial fibrillation is a common complication among patients with hypertrophic cardiomyopathy. Previous studies have focused on detecting atrial fibrillation, as patients may require blood thinners to prevent stroke. But Kramer and his colleagues wanted to look at atrial fibrillation outcomes to better identify those who need early or tailored interventions.

The researchers examined data from 2,631 patients, identifying 127 major endpoints, such as needing hospitalization or catheter ablation, in 96 of the patients. Key risk factors for reaching an endpoint included age; BMI; size and function of the heart’s left atrium; moderate or severe failure of the heart’s mitral valve to close completely; and history of arrhythmia (irregular heartbeat).

The researchers say their findings can be used to create a risk-assessment tool for patients, to identify those at risk and help keep them out of the hospital.