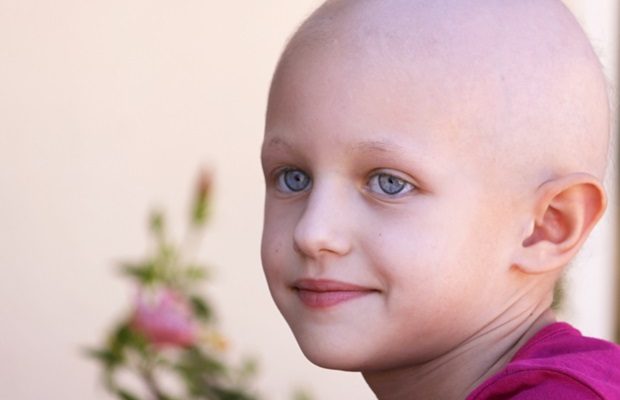 Scientists at St. Jude Children's Research Hospital are reporting the most comprehensive study to date describing the variations in drug response across different genetic subtypes of acute lymphoblastic leukemia (ALL). The findings provide a blueprint for precision medicine to further individualize therapy. The study was published today in Nature Medicine.

ALL, a cancer of lymphocytes (a type of white blood cells), is the most common childhood cancer. About 98% of children with ALL go into remission within weeks after starting treatment, and about 90% of those children will eventually be cured. Modern treatment for ALL is risk-adapted, meaning chemotherapy is tailored based on clinical features, leukemia genomics and the degree of minimal residual disease (MRD), which is the presence of microscopic levels of cancer cells that remain after initial treatment.

Pharmacogenomics is the study of how genetic attributes affect drug response. St. Jude scientists have now comprehensively studied the pharmacogenomics of ALL by examining how the cancer cells respond to different therapeutics in the context of their cancer genomics. The results, from more than 800 patients, revealed wide variability across ALL, as well as distinct patterns of drug sensitivity by subtype.

"Compared to traditional cancer genomics research, our pharmacogenomics work starts with defining the drug response phenotype of each patient, after which we look into genomics to search for the biological basis for the inter-patient variability in leukemia drug sensitivity," said corresponding author Jun J. Yang, Ph.D., St. Jude Department of Pharmacy and Pharmaceutical Sciences. "This approach sheds light on the therapeutic implications of specific genomic alterations, which may help clinicians alter care through a better understanding of how and why patients respond to treatment."

"This work has yielded a wealth of new insights into the effectiveness of different medications used to treat childhood leukemia," said William Evans, PharmD, an emeritus faculty member and former St. Jude president and CEO, who co-led the study with Yang. "This work is the product of decades of collaborative research at St. Jude and across the pediatric cancer community. St. Jude may be the only place that can deploy technologies to generate discoveries at this scale across such a large number of children with cancer."

The researchers found that ALL subtypes with the most favorable prognosis are closely tied to sensitivity to the chemotherapeutic drugs asparaginase and glucocorticoids. Surprisingly, some subtypes are similar in their genomics but have different patterns of drug sensitivities. The team also found that patients could be divided into distinct groups based on their drug sensitivity profiles which was associated with prognosis even after accounting for known risk factors. This highlights the importance of understanding these groups, ALL pharmacotypes, for survival outcomes.

ALL from a functional perspective

The researchers studied children with newly-diagnosed ALL, spanning different St. Jude flagship Total Therapy ALL clinical trials. The trials cover a period of over 20 years, generating a large and unique cohort of patient data. The scientists determined the sensitivity of leukemia cells to 18 different chemotherapy drugs in patients representing 23 molecular subtypes defined by leukemia genomics.

The findings add a functional understanding to previous studies that identified high-risk or favorable subtypes. For example, ETV6-RUNX1 ALL has a favorable prognosis while BCR-ABL1-like ALL has a poor prognosis. These pharmacogenomics findings provided insight into why individuals with those subtypes had certain types of prognoses. Another potential application of these data is to discover biological pathways underlying drug sensitivity, which could pave the way for novel therapeutic development. For example, pharmacogenomics work by the Yang lab previously revealed that LCK activation underlies sensitivity to the drug dasatinib in T-ALL, making it an important target in some leukemias and spurring the development of several ongoing clinical trials to test the concept.

For this study, the researchers analyzed hundreds of thousands of individual data-points. The work thus provides an important resource for the scientific community.

"We hope our data will lead to more discoveries and new targets to drive a new generation of ALL trials in the near future," said first-author Shawn Lee, M.B.B.S., formerly of St. Jude and now of Khoo Teck Puat-National University Children's Medical Institute, National University Hospital Singapore.

Results that matter for patients everywhere

"ALL is actually a very heterogenous disease – there are a lot of differences between genomic subtypes, such as presenting features and prognosis," Lee said. "Now, we have shown how drug sensitivity also varies between subtypes."

The researchers would like to expand the findings with added population diversity. Such efforts to capture a more comprehensive picture of pediatric ALL pharmacogenomics around the globe would bring a biologically informed approach to future treatments.

"This work is a big step in the right direction to individualize ALL therapy to spare children the side effects of drugs that will not work against their cancer, as well as to steer them to the novel therapies against which their cancer will likely respond," Yang said. "It is functional precision medicine, it's not just about the genetics and the targets but also about using the right drugs for the right patients."