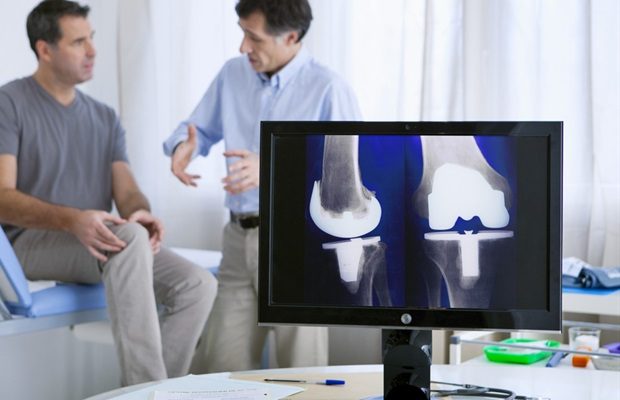 Robots will have their surgical skills put to the test as researchers trial their use in hip replacement surgery for the first time.

The world-first RACER-Hip Study has received £1 million funding from the National Institute for Health and Care Research (NIHR) and, alongside the existing RACER-Knee study announced last year, will give new insight into the value of robotic-assisted surgery in the NHS. It will be run jointly between Warwick Medical School at the University of Warwick, University Hospitals Coventry and Warwickshire (UHCW) NHS Trust, and the Royal Orthopaedic Hospital (ROH) in Birmingham.

Robotic assisted hip and knee replacement surgery has increased rapidly over the last three years, particularly in the USA. Robotic systems are being introduced into the NHS and presented to the public as innovative best practice. However, there is currently little evidence to show that these systems are better than conventional surgery.

In robotic assisted hip replacement surgery, a robotic arm prepares the bone and inserts the components to a pre-programmed three-dimensional plan. It is thought using a robot to perform the surgery allows more precise, consistent surgical techniques and this may help to reduce variation and prevent poor outcomes and complications that can require redo surgery.

"We are really excited that some centers such as Northumbria Healthcare NHS Foundation Trust have been provided with a robot specifically to take part in this research."

Professor Davis added: "The research will help orthopedic surgeons across the world to better understand the most effective tools for performing hip replacement surgery and ensure the very best outcomes for their patients.

"This study will also include an in-depth health economic analysis to inform the NHS if this technology should be widely adopted."

Equal numbers of participants will be randomized to each treatment group to find out which surgical technique results in better outcomes. This will include asking questions about people's ability to complete activities and their quality of life in the long-term and will also find out which method provides the best value for the NHS.

The team will invite patients from at least six NHS hospitals across England and Scotland to take part over the coming months. The first site has opened at the Royal Orthopaedic Hospital, while the Northumbria Healthcare NHS Foundation Trust has just taken delivery of one of the robots for the trial, the first time this service will be available within the NHS for hip operations in the Northeast of England.

The manufacturer of the robot, Stryker, will be supporting the study costs to ensure hospitals do not have to pay extra to take part.

RACER-Hip joins the RACER-Knee study which began recruitment 12 months ago and is helping answer the same questions for knee replacement surgery. The RACER studies represent a substantial investment of over 3 million pounds by the NHS to help establish the effectiveness of robotic joint replacement surgery.

Leading professional bodies including the Royal College of Surgeons, British Hip Society and British Association of Knee Surgery all recognise the importance of and support the research initiative which will see the UK lead the way in research in robotic joint replacement surgery