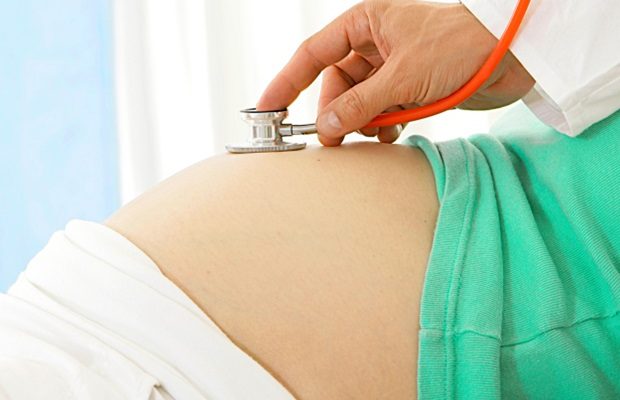 Prior to Ohio's new six-week cutoff for legal abortions, about 9 in 10 people seeking care in Ohio had abortions later than the current law allows, new research suggests.

The findings come from a survey conducted in 2020 and 2021 that included 1,141 abortion patients. Since then, following this summer's Supreme Court ruling overturning Roe v. Wade, Ohio has banned abortions after six weeks, or 42 days of pregnancy.

Lead author Abigail Norris Turner, a professor in the colleges of medicine and public health at Ohio State, said the study suggests that a large percentage of pregnant people who want to terminate a pregnancy will now not be able to do so in Ohio.

Regardless of when pregnancy is discovered, six-week bans disrupt care for nearly all patients. Obviously everyone who doesn't know they're pregnant until after six weeks gestation can't get an abortion in our state. But when you also consider the requirement of at least two clinic visits, a mandatory 24-hour waiting period, staff shortages and high demand, among other factors, some people who know they are pregnant before six weeks are likely still not going to be able to get abortions before the six-week limit."

Abigail Norris Turner, professor in the colleges of medicine and public health at Ohio State

The researchers also wanted to understand whether people who knew they were pregnant before six weeks had a different "deliberation window" than those who learned they were pregnant later. Their findings showed that the two groups of patients reported approximately the same number of days -; two to three -; between finding out they were pregnant and contacting the abortion clinic.

The median gestation when a person discovered a pregnancy was 34 days -; about a week before the current ban renders abortion illegal in Ohio. The median time between pregnancy discovery and termination was about triple that -; 22 days.

The study also found that later pregnancy discovery was more common for those who had fewer educational and financial resources.

"Many people choose abortion because they don't have enough money or want to pursue higher education before raising children. We learned in this study that those same factors are associated with not knowing you are pregnant until after six weeks -; so people in this position are trapped," Norris Turner said.

It is also important to inform patients that abortion providers are striving to accommodate those who have only a short window before the six-week mark, she said, adding that for those who learn they're pregnant too late for an abortion in Ohio, funds that help with out-of-state travel, child care and overnight accommodations are essential.

"There is no public health or medical reason to have a six-week ban on abortion, and it isn't what patients need or want. Such a ban will have lasting harmful impacts on the people who need to travel for an abortion or who are forced to carry a pregnancy to term," Norris said.

The research was done as part of the work of the Ohio Policy Evaluation Network, or OPEN, a multi-university reproductive health care research group that Norris co-leads.