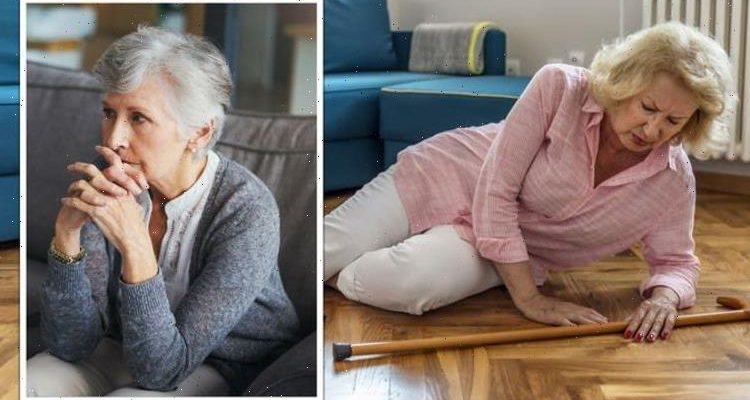 Strokes are typically characterised by a sudden onslaught of confusion and numbness on one side of the body. The cognitive decline that often follows an event can lead to premature death or severe disability. A host of underlying health conditions, including high blood pressure and high cholesterol, have been identified as some of the main precursors for stroke. Another surprising lifestyle habit, however, could also impact the risk.

Researchers who analysed data from 479,054 participants, asked to complete questionnaires, supply biological samples and physical measurements for the study.

In the questionnaires, participants were asked about social isolation and loneliness.

The findings revealed that individuals reporting isolation and loneliness were 1.4 to 1.5 times more likely of having a stroke.

Stroke: The signs in the eyes that could foreshadow an acute incident

Christian Hakulinen, of the department of psychology and logopedics at the University of Helsinki in Finland, and his colleagues wrote: “These findings indicate that social isolation, similarly to other risk factors such as depression, can be regarded as a risk factor for poor prognosis of individuals with cardiovascular disease.

Furthermore, recipients who reported spending more time alone were 1.5 times more likely to die after having a stroke.

However, they pointed out that these associations are largely explained by other cardiovascular health risk factors and pre-existing health conditions, and the risk was less significant after these factors were accounted for.

The researchers did however conclude that social isolation and loneliness are associated with increased risk of stroke, and higher mortality after the incidence of stroke.

The effect of loneliness, therefore, appeared to be a more prominent predictor of the outcome of stroke, rather than the risk.

These findings could hold great relevance in the context of the pandemic, which forced millions of individuals into isolation.

It is estimated one in ten people suffering a stroke dies before reaching a hospital.

Furthermore, about half of those who do get medical help will not survive the month following an incident. Those who do survive often suffer from some form of long-term disability.

Strokes are relatively common in the UK, with one in five women and one in six men expected to suffer the condition over the course of their lifetime.

The most common type of stokes is the ischaemic type, which is caused by an obstruction of the blood flow to part of the brain.

The other type, known as a haemorrhagic stroke, is caused by the burst of a blood vessel on the surface or inside the brain, which often leads to more severe complications.

Studies have highlighted that sudden and unexplained shifts in cognitive abilities could signal signs of stroke up to a decade before an incident.

The studies have highlighted that deterioration in cognitive skills, combined with an inability to carry out routine daily activities are common after an incident.