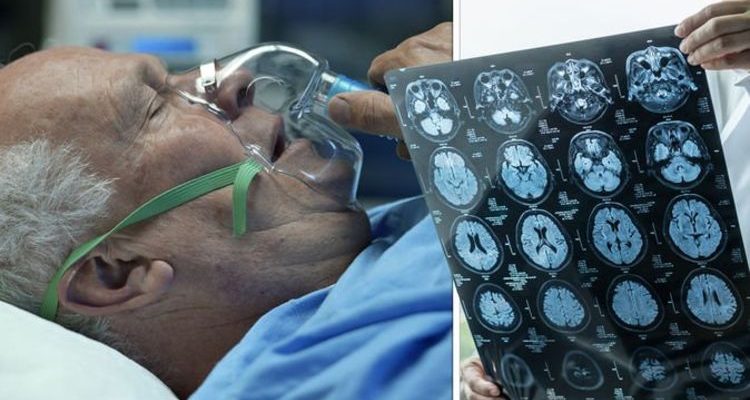 Stroke – a condition caused by a sudden obstruction of blood flow to the brain – is one of the leading causes of death or disability. Thousands of sufferers are now facing avoidable disability because the NHS was unable to care for them during the pandemic. As a result, health experts want to make prevention their priority. New findings may help inform future preventive measures.

A new study has identified anger as a potential trigger for having a stroke, with researchers suggesting an event is more likely to occur in the hour that follows an outburst.

The findings, published in the European Heart Journal, found that one in 11 survivors of stroke experience a period of anger or upset in the hour leading up to the event.

It was also revealed that one in 20 patients had engaged in heavy physical exertion prior to the incident.

The data gathered for the InterStroke study drew on more than 13,462 cases, which researchers analysed to identify patterns in patients.

Professor Andrew Smyth, Professor of Clinical Epidemiology at NUI Galway, Director of the HRB-Clinical Research Facility, said: “Stroke prevention is a priority for physicians and despite advances.

“It remains difficult to predict when a stroke will occur.”

Previous studies have suggested that startling events could affect blood circulation, or trigger an excessive response by the sympathetic nervous system.

This system is responsible for regulating body functions including blood pressure and heart rate.

“Many studies have focused on medium to long-term exposures, such as hypertension, obesity or smoking,” Professor Smyth said.

He continued: “Our study aimed to look at acute exposures that may act as triggers.

“We looked at two separate triggers. Our research found that anger or emotional upset was linked to an approximately 30 percent increase in the risk of stroke during one hour after an episode – with a greater increase if the patients did not have a history of depression.

“The odds were also greater for those with a lower level of education.”

The findings also showed that heavy physical exertion was linked to a 60 percent increase in the risk of hemorrhagic stroke, explained professor Smyth.

He explained: “There was a greater increase for women and less risk for those with normal BMI.

“The study also concluded that there was no increase with exposure to both triggers of anger and heavy physical exertion.”

The study adds evidence to a line of research supporting the link between stroke and outbursts of anger.

In 2014, researchers found that individuals who were frequently angry were at greater risk of a heart attack.

At the time, researchers called on doctors to assess anger problems in their patients and to suggest therapy or medication to those at greater risk.

Co-author of the paper, doctor Michelle Canavan, consultant stroke physician at Galway University Hospitals, added: “Our message is for people to practice mental and physical wellness at all ages.

“But it is also important for some people to avoid heavy physical exertion, particularly if they are high-risk of cardiovascular, while also adopting a healthy lifestyle of regular exercise.”