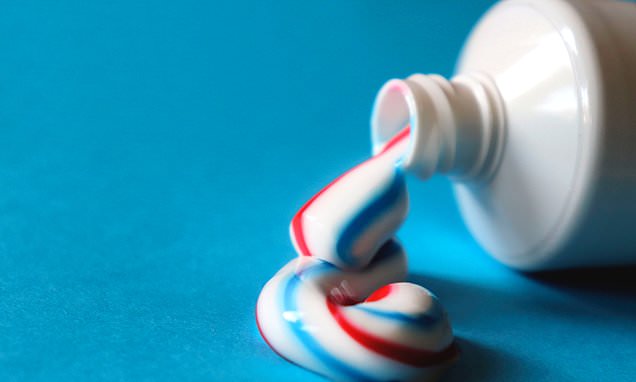 British men are being warned to stop smearing toothpaste on their penises as part of a bizarre trend to help them last longer in bed.

The odd suggestion has no effect on sexual performance and could inflict burns and blisters on their genitals, experts have warned.

The peppermint oils and other chemicals in toothpaste, including bleaching agents, can be extremely irritating to sensitive skin.

And the bizarre technique puts women at high risk of contracting an infection in their vagina, experts said.

YouTube videos describing how to apply the toothpaste have racked up millions of views. 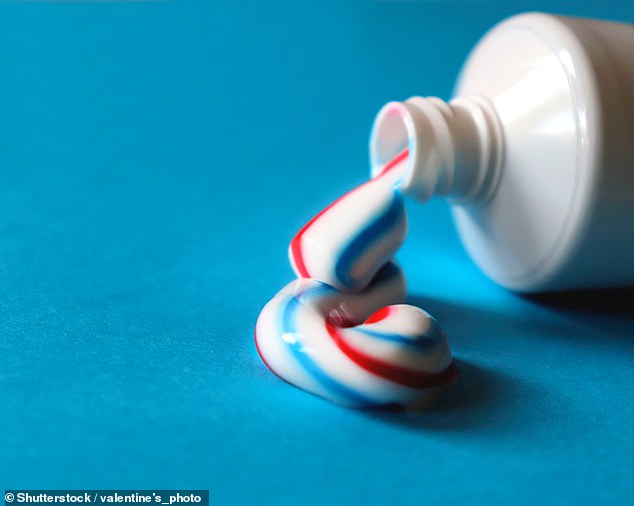 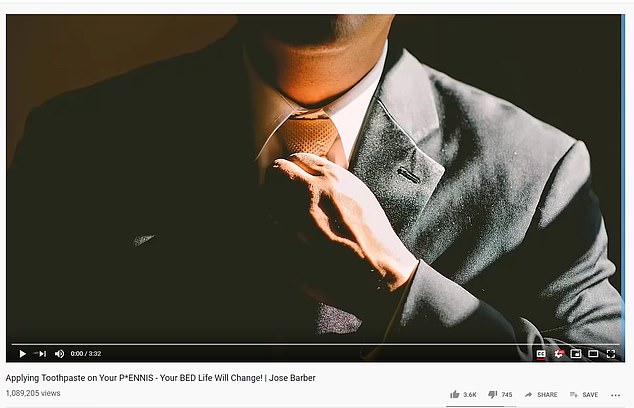 One recent video advises men to ‘massage toothpaste on the tip of your penis’ to ‘crush premature ejaculation and erectile dysfunction’ and last 30 minutes longer.

Consultant pharmacist James O’Loan is sounding the alarm following the flurry of posts on social media.

It occurs when the male ejaculates too quickly during sexual intercourse.

Various psychological and physical factors can cause a man to suddenly experience the problem.

Physical causes include prostate or thyroid problems, or the use of recreational drugs.

Treatments include couples therapy or medication to delay ejaculation.

He said: ‘I’d urge anyone thinking of trying this rather worrying ‘toothpaste’ technique to cease and desist.

‘It won’t do anything at all to combat premature ejaculation or erectile dysfunction, despite the claims being made in these videos.

‘The peppermint oils and other chemicals in toothpaste, including bleaching agents, can be extremely irritating to sensitive skin.

‘By putting it on your genitals you actually risk a mild burn, as well as blisters and scarring. And toothpaste should in no way be used as a lubricant, either.’

The most popular YouTube video, which has 1.1million views, was uploaded by user Jose Barber, who describes himself as a healthcare tipster.

The footage specifies that toothpaste should be applied to tip of the penis before having sex. 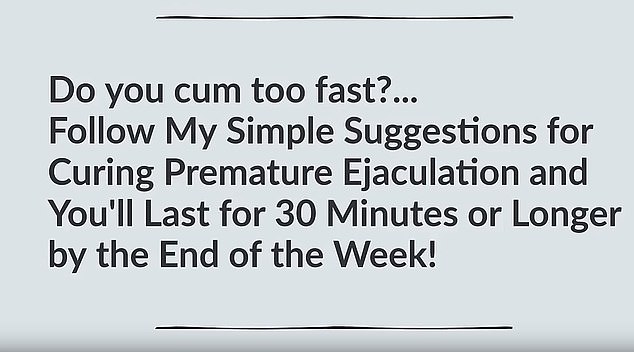 The video, uploaded by Jose Barber, claims rubbing toothpaste on the tip of the penis makes men last 30 extra minutes 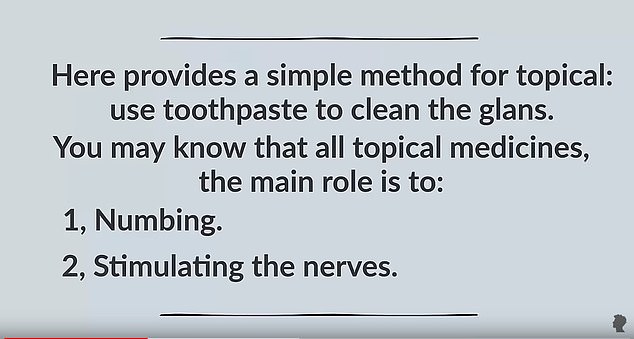 It also describes it as an ‘affordable’ alternative to premature ejaculation or erectile dysfunction medications.

It adds: ‘You will have a sense of pride. Do you ejaculate too fast? Follow my simple suggestions for curing premature ejaculation and you’ll last for 30 minutes or longer by the end of the week!’

Erectile dysfunction, also known as impotence, is when a man is unable to get or maintain an erection.

It is more common in the over-40s but affects men of all ages.

Failure to stay erect is usually due to tiredness, stress, anxiety or alcohol, and is not a cause for concern.

However, it can be a sign of an underlying medical condition such as high blood pressure or cholesterol, side effects of medication, or hormonal issues.

Lifestyle factors than can affect the condition include obesity, smoking, cycling too much, drinking too much, and stress.

Mr O’Loan said there is hope for those who suffer premature ejaculation or erectile dysfunction – but toothpaste isn’t it.

He added: ‘Most people have heard of the drug sildenafil, often sold as the brand Viagra, which increases blood flow to the penis and helps maintain an erection.

‘It’s an easy to use spray which contains the local anaesthetics lidocaine and prilocaine, and which is designed to decrease sensitivity in the penis.

‘It was only approved for use in Europe in November 2016, but since we began offering it via prescriptions in March 2017, it’s proven extremely popular.’

Urologist Rich Viney said toothpaste has ‘absolutely no effect’ on sexual performance and any perceived benefit is a placebo.

He told MailOnline: ‘It does not make you less sensitive. Toothpaste is naturally abrasive so it might make intercourse uncomfortable which may help in lasting longer.

‘But it could lead to infections in the woman’s vagina. You do not want foreign material inside the vagina, it’s an irritant.

‘Anyone using toothpaste for sex is kidding themselves. There’s real remedies that work out there.

‘Go into your local Boots branch – there are lubricants which are safe and tested.’