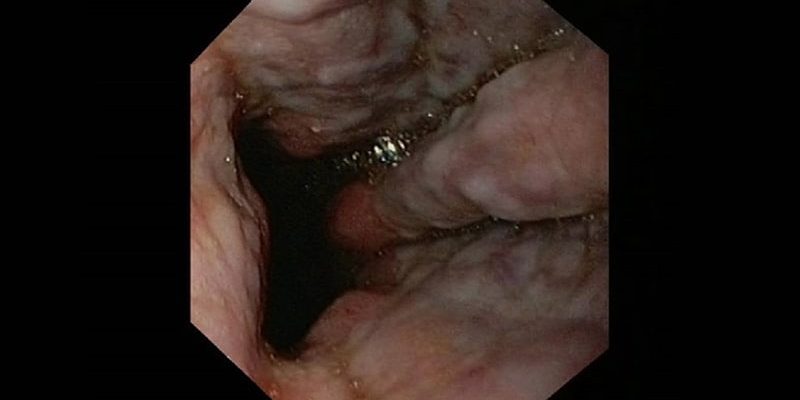 Most instances of stent misdeployment in cases of endoscopic ultrasound–guided gastroenterostomy (EUS-GE) can be managed endoscopically, based on data from 16 tertiary care centers in the United States and Europe.

EUS-GE provides a viable alternative to traditional surgical gastroenterostomy and stent placement for patients with gastric outlet obstruction (GOO), but the potential for stent misdeployment has limited adoption of the procedure because it remains the most common cause of technical failures and adverse events, Bachir Ghandour, MD, of Johns Hopkins University, Baltimore, and colleagues wrote.

In a retrospective study published in Gastrointestinal Endoscopy, the researchers reviewed data from 467 EUS-GE procedures performed for gastric outlet obstruction between March 2015 and December 2020 at eight centers in the United States and eight in Europe. The primary outcome was the rate and severity of stent misdeployment.

The researchers created a classification system of stent misdeployment according to type, depending on which flange was misdeployed.

The researchers also classified the stent misdeployment in terms of severity as mild (28 patients), moderate (11 patients), severe (6 cases) or fatal (1 case) based on the American Society for Gastrointestinal Endoscopy lexicon.

Overall, type I was significantly more likely to be mild in severity, compared with type II (75.9% vs. 42.9%; P = .04), although the rate of surgical repair was similar between these two types (10.3% vs. 7.1%). Rates of ICU admission were approximately 7% in patients with type I and type II stent misdeployments, and the median postprocedural stay was 4 days for these two groups.

The study findings were limited by several factors including the retrospective design and inclusion of a time period that encompassed changes and improvements in the EUS-GE, the researchers noted. The small sample size of type III and IV stent misdeployments prohibited comparison with other types.

However, the cohort size was relatively large, compared with previous studies, and included a range of centers and countries with different strategies for managing stent misdeployments. Given the steep learning curve for EUS-GE, the study findings may help endoscopists better understand the implications and potential consequences of stent misdeployment by classifying the misdeployments into types. “We believe that such a classification or categorization of the different types is important because patient outcomes vary depending on the specific [stent misdeployment] subtype and site of injury. Such a classification will also be very helpful for future research by standardizing the terminology,” the researchers said.

“Although [stent misdeployment] is not infrequent during EUS-GE, with a rate of approximately 10%, the majority of cases are mild in severity and can be managed or repaired endoscopically without ill consequences,” they concluded. “Surgical intervention is required in less than 11% of the cases.”

“The lines continue to be blurred between surgical and endoscopic management of gastrointestinal disease, especially with a rise in therapeutic EUS,” Gyanprakash A. Ketwaroo, MD, of Baylor College of Medicine, Houston, said in an interview.

“Stent misdeployment has been commonly reported during EUS-GE and may limit uptake of this more technically challenging procedure,” Ketwaroo said. “A comprehensive assessment of stent misdeployment, with suggestions for management and a classification system that predicts outcomes, can help practitioners to more confidently perform this procedure.”

Risks associated with misdeployed stents include “inability to perform the endoscopic management of gastric outlet obstruction, as well as adverse events such as peritonitis,” said Ketwaroo. He noted that, in most cases, the defect was closed and same-session salvage was performed, primarily by repeat EUS-GE.

Ketwaroo highlighted one challenge to endoscopic management of stent misdeployment. “If the proximal flange is deployed/slips into peritoneum (type III by currently proposed classification system), it can be more difficult to retrieve the stent,” but “this complication was treated with surgery, and it was very rare – only one case of this in the study,” he explained. “This is a large retrospective multicenter study, which adds validity to the generalizability of the study.” However, prospective studies will be needed as EUS-GE is more widely adopted, he added.