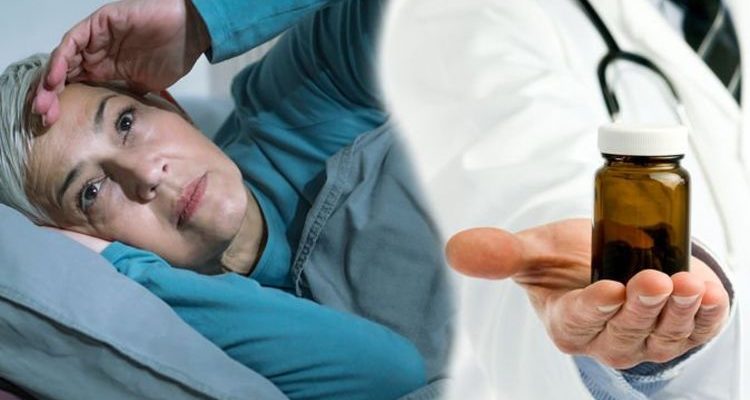 It is believed there are between seven and 10 million Britons using statins. Most people take the cholesterol-lowering drug to prevent or delay their first stroke or heart attack. While use of the drug is usually well tolerated, some complications involving sleep disturbances may occur.

According to WebMD, potential side effects from statin use may include:

In a study published in the US National Library of Medicine National Institutes of Health, sleep changes from statin therapy were further investigated.

The study noted: “Accumulating databases from the US Food and Drug Administration Adverse Event Reporting System (FAERS) suggest that statin use is associated with an increased risk of sleep disturbances including insomnia.

“In other studies hallucinations and nightmares during statin therapy were also observed.

“There are few clinical trials evaluating the effect of statins on sleep as a primary outcome.

“Three of them suggested an essential effect of statins on sleep quality, while two others presented no impact of statin treatment on sleep.”

The current evidence, from well-run research trials of more than 100,000 patients, is that statins do not cause insomnia or any other sleep disturbance, compared with a dummy pill (placebo), said Professor Peter Sever from the British Heart Foundation.

He added: “A major review of these studies, led by BHF Professor Rory Collins, with me as a co-author, was published in the Lancet in 2016.

“Another Lancet study from 2018, in which I was also involved, of 10,000 patients taking a statin (atorvastatin) or placebo, showed significantly less sleep disturbance in those taking the statin.

“More detailed studies of sleep duration and quality show that statins reduced the number of times people woke and the time they spent awake during the night, compared with a placebo.”

Many healthcare professionals however do hear of complaints regarding insomnia or sleep disturbance from patients taking statins.

One possible explanation for this is known as the nocebo effect which is the opposite of the placebo effect.

The nocebo effect is where patients experience negative side effects of a drug because they’ve been expecting to, after seeing warnings or widespread media reporting about them.

The symptoms are real; however, they are not caused by the drug.

This is one reason why it’s important that drug trials include a control group taking a placebo.

In the UK, however, three out of five adults have a total cholesterol of 5mmol/L or above, and the average cholesterol levels is about 5.7mmol/L, which can be a risk factors in heart disease.

There are alternative ways, beyond statin use, that individuals can reduce their cholesterol naturally, notably by adopting a diet rich in fibre.
Source: Read Full Article