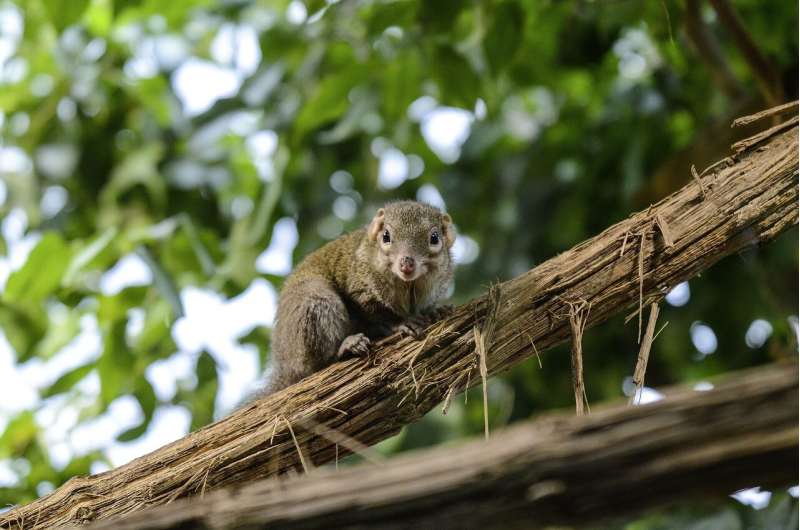 Our visual perception of the world is often thought of as relatively stable. However, like all of our cognitive functions, visual processing is shaped by our experiences. During both development and adulthood, learning can alter visual perception. For example, improved visual discrimination of similar patterns is a learned skill critical for reading. In a new research study published in Current Biology, scientists have now discovered the neuronal changes that occur during learning to improve discrimination of closely related visual images.

This study, led by first author Dr. Joseph Schumacher and senior author Dr. David Fitzpatrick at the Max Planck Florida Institute for Neuroscience, establishes a transformative approach to studying perceptual learning in the brain. Researchers imaged the activity of large numbers of single neurons over days to track the changes that occur while a visual discrimination task is learned, performing these experiments in a novel animal model, the tree shrew.

The tree shrew is a small mammal with visual properties akin to the human, including a high degree of visual acuity and a similar orderly spatial arrangement of visually responsive neurons in the brain. As the researchers show, these animals can also learn complex behavioral tasks, making them ideal for understanding how experience shapes visual perception. In this study, tree shrews were trained to discriminate between highly similar visual images: identical black lines that differed only by a small change in orientation (22.5 degrees). In the task, the presentation of the lines at one orientation was rewarded with a drop of juice. Over days, tree shrews learned to discriminate between the two similar visual images, licking only in response to the lines at the rewarded orientation and withholding licking to the lines at the non-rewarded orientation.

The scientists combined this behavioral task with measurements of neural activity in V1, an area of the brain essential for visual processing. The neurons in this area are activated by specific features of visual input, such as the orientation of light-dark edges. Individual neurons show ‘preference’ for specific edge orientations, responding with the highest activity to these orientations and with progressively lower activity or no activity to edges orientated further from the preferred orientation. In this way, a visual scene that has edges with different orientations activates particular subsets of neurons to generate a neural activity pattern that encodes the information needed for visual perception.

To fully understand the effect of learning on visual perception, the authors next investigated whether the changes in neuronal activity that improved visual discrimination persisted outside of the learned task context. Interestingly, they found that the neuronal changes not only persisted but were accompanied by changes in the trained tree shrew’s abilities to perform other discriminations. This included both enhancements for some stimulus orientations and impairments for others—behavioral changes that were exactly what would be expected given the changes in the responses of this specific subset of neurons.