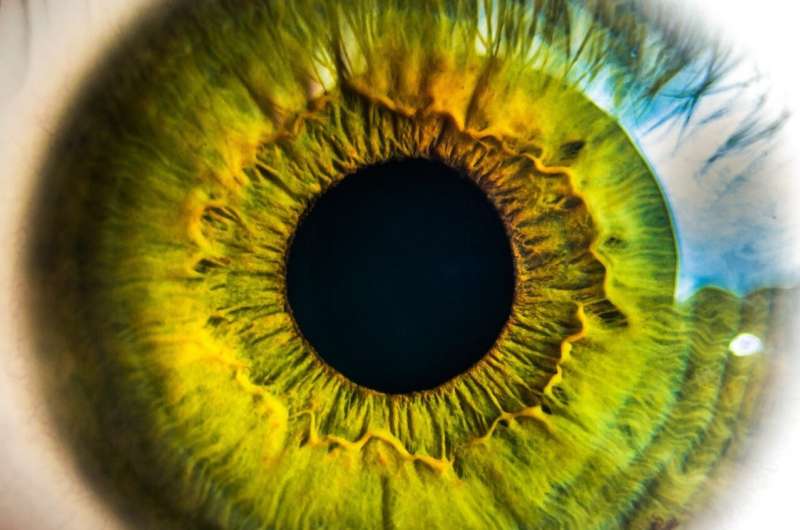 Retinal degenerative diseases, caused by progressive degeneration of the light-sensitive photoreceptors in the retina, is one of the major causes of vision loss and blindness, affecting tens of millions of people worldwide. Although the rods and cones which are the light-sensitive cells of the retina have completely degenerated, the neural circuitries connected to the brain are mostly well preserved, providing the opportunity to restore vision by directly stimulating the retinal neurons.

A new promising solution based on activating these neurons by ultrasound has been recently achieved by a research group led by Drs. Qifa Zhou, Professor of Biomedical Engineering and Ophthalmology, and Mark S. Humayun, Professor of Ophthalmology and Biomedical Engineering, and one of the inventors of Argus II at the University of Southern California in Los Angeles, U.S.

“This is a step towards a non-invasive retinal prosthesis that works without invasive eye surgeries,” Dr. Zhou said. “Special glasses with a camera and an ultrasound transducer are intended to give blind and partially sighted people a new view of the world.”

To see if this approach could work, the group stimulated a blind rat’s eyes with ultrasound waves, sound with a frequency far above what a human can hear. These high-frequency sounds can be well-manipulated and can be focused on a desired area of the eye. This approach made it possible to activate small groups of neurons in the rat’s eye, just like light signals can activate a normal eye.

The mechanical pressure by sound can activate neurons in the eye and send signals to the brain. For a comparable experience, anyone can feel light phosphenes by rubbing your eyes or by gently pushing your eyeballs while the eyes are closed. Dr. Humayun, who is a pioneer in the field of retinal prosthesis, stated that “the challenge remains to enable ultrasound elicited visual perception so that it can provide useful vision for the blind.”

“We know that ultrasound can generate well-controlled mechanical pressure, the acoustic radiation force, and it could be utilized to active neurons,” says Gengxi Lu, one of Zhou’s Ph.D. students who recently presented the results of the research at a conference of the Acoustical Society of America in Seattle. According to him, “It still needs to be figured out how exactly the mechanical pressure activated retinal neurons.”

The study is now at an earlier stage of developing a device to conduct human experiments. A major limitation of animal experiments is that unlike in humans, we cannot get answers about their visual experiences during ultrasound stimulation of the eye. The team resolved this problem by measuring visual activities directly from the rat’s visual brain area known as the superior colliculus, to which the optic nerve is directly connected. By placing a multi-electrode array in this area, it was possible to record retinal activation by electrophysiology. The study demonstrated that when the ultrasound is projected as a pattern on the retina (for example, the letter “C”) it was possible to measure corresponding activities in the superior colliculus.

One of the most important requirements of the visual prosthesis is for the user to be able to see images as sharply as possible. To accomplish this, the incoming images should contain many individual points. The camera attached to the system may be able to handle this, but whether the sound waves are capable to transmit such small details to the retinal neurons without merging into each other?

“The resolution issue of the experimental system is not yet over,” says Xuejun Qian, a Postdoctoral researcher at Zhou’s lab who first demonstrated ultrasound retinal stimulation in blind rats in vivo. “In rats, the ultrasound beam stimulated a circular area of the retina with a diameter of about 250 millionth of a meter while individual neurons that are only a few millionths of a millimeter in size are packed together in the retina. Hence, for achieving better resolution, we need to experiment with higher-frequency ultrasound beams.”

The experiments conducted by the team showed that the neurons gave off the strongest signal when they were activated about five times per second. But human brains have a much higher calculation speed, so they may see each image separately at this speed. Because of this limitation, the image of a person sitting across you may appear very jerky. Film and video game makers are aware that images can be smooth only at a frame rate of 24 frames per second. When the researchers tested at such a high frame rate, the neurons in the rat eyes failed.

Dr. Biju Thomas (Associate Professor of Research Ophthalmology) thinks they can at least partially solve this issue. Their experiments show that the higher the frequency of the ultrasound, the more strongly the neurons are activated. This can compensate for the attenuation that a higher frame rate brings. According to Gengxi Lu, “Ten frames per second should be sufficient for successful sending of the signals to the brain.”