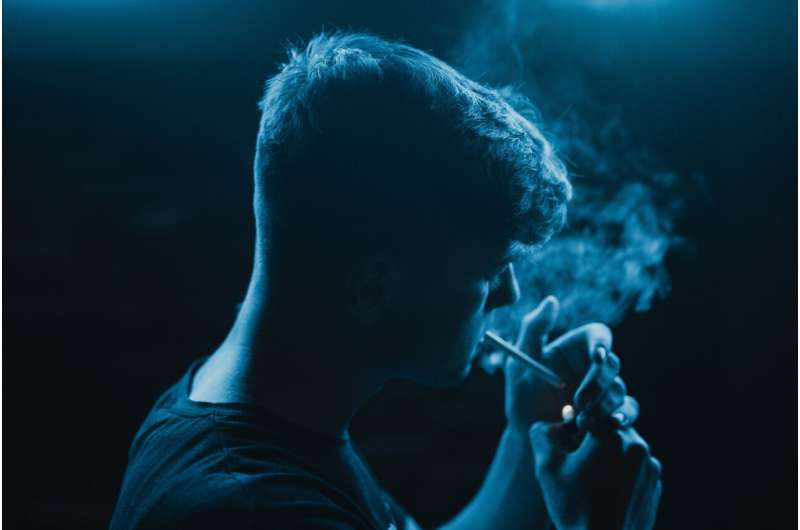 Smokers have a lower risk of developing prostate cancer, but a higher risk of dying from the disease, according to a large population study led by Lund University in Sweden. The researchers followed more than 350,000 people over several decades, and the results are now published in European Urology.

It is well known that smokers have an increased risk of developing various cancers, but there have been relatively few studies that have investigated prostate cancer specifically, and that have included clinical information about the cancer.

The extensive study can now contribute to a more complete picture of the association between smoking and risk of disease and death from prostate cancer. The researchers used five Swedish population studies with self-reported information on men’s smoking habits. In total, more than 350,000 men were included in the study from 1974 and onwards. They were then followed over the years using several national registers. The National Prostate Cancer Registry contributed data on tumor type at diagnosis, cause of detection—via symptoms or via a PSA test without forthcoming symptoms (asymptomatic PSA test)—and treatment. During the period covered by the research, 24,731 of the participants developed prostate cancer and 4,322 died as a result of the disease.

Among other things, the researchers found that over the period of time that PSA testing has been available as part of routine health check-ups in health care, smokers overall have had a reduced risk of prostate cancer. This is true only for localized prostate cancer, which is the form most often detected by an asymptomatic PSA test.

“A probable explanation for the lower risk of prostate cancer in smokers is that they may be less likely to take an asymptomatic PSA test. On the other hand, smokers have a higher risk of dying from prostate cancer, which was something we observed regardless of tumor stage at diagnosis, so this means all forms of prostate cancer, from low risk to metastatic,” says Sylvia Jochems, Ph.D. and first author of the study.

The risk was about 20% higher among smokers than among men who had never smoked. The risk increased further if smokers were also overweight (BMI 25–30) or obese (BMI over 30). The researchers say it is now important to identify the reason why smokers have a poorer prognosis once they have developed prostate cancer.