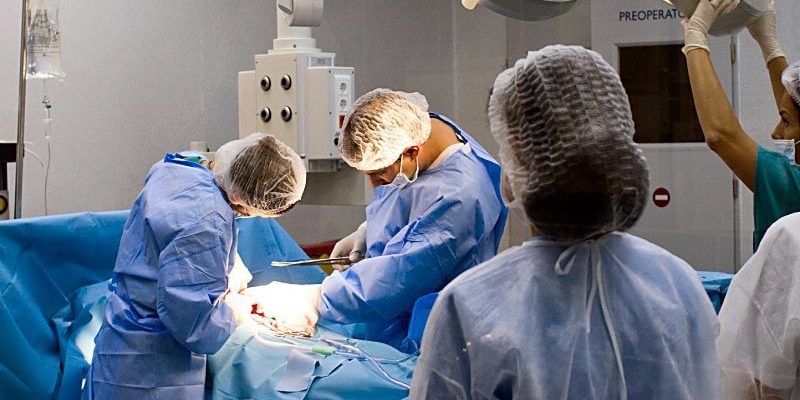 Researchers have identified notable racial disparities in the quality of surgical care that patients with gastrointestinal (GI) tract cancers receive.

Among more than 565,000 patients with GI tract cancer who underwent surgical resection, rates of negative margins, adequate lymphadenectomy, and standard adjuvant therapy were lower among Black patients than among White patients.

The disparities in care during and after surgery were associated with worse survival among Black patients.

“These findings suggest that there are significant racial disparities in surgical care of gastrointestinal tract cancers,” first author Baylee F. Bakkila, a medical student at Yale University, New Haven, Connecticut, and colleagues write. “Black patients are less likely than White patients to receive standard of care with respect to negative surgical margins, adequate lymphadenectomies, and use of adjuvant therapies.”

The findings from the retrospective cohort study were published online April 4 in JAMA Network Open.

Overall, Black patients have a higher risk of mortality from GI tract cancers. Data indicate that there is 19% excess risk of cancer death among Black men and 13% excess risk among Black women, compared to White patients. Part of the reason comes down to disparities in access to surgical care; Black patients are less likely to receive any surgery to treat their cancer. Less is known about disparities in the quality of care for those who do undergo surgical resection.

Bakkila and colleagues set out to identify whether there are racial disparities in the quality of surgical care among patients with GI tract cancers.

Of the 565,124 patients who underwent surgical resection for GI tract cancers in the US between 2004 and 2017, among Black patients, there were lower rates of negative margins overall (odds ratio [OR], 0.96) and after undergoing esophagectomy (OR, 0.71), proctectomy (OR, 0.71), and biliary resection (OR, 0.75) compared to White patients.

Black patients were also less likely to be recommended for chemotherapy and radiotherapy because of comorbidities (OR, 1.15 and 1.49, respectively) as well as for unknown reasons (OR, 1.68 and 2.18, respectively).

“Further research should aim to probe both system- and physician-level drivers of disparities within cancer care and address places of bias that allow for this inequitable treatment of both Black and American Indian patients,” the authors write.

The findings also raise the question of “what can or should be done at the system level to address the pervasive inequalities such as those related to cancer treatment,” write Shervin Assari, MD, MPH, and Helena Hansen, MD, PhD, in an accompanying editorial.

In the editorial, Assari and Hansen note that “the ultimate solution is a more even distribution of resources through racial desegregation of US housing, employment, and education systems.”

One such effort in Chicago led to a 20% decrease in breast cancer mortality disparities after a task force of community leaders and health system administrators joined forces to enhance training and quality-of-care measures at safety net clinics as well as to embed peer navigators to help guide newly diagnosed women from clinics to centers of excellence.

“It is only through such concerted movement toward systemic change that we can eliminate racial and ethnic inequalities in health and health care,” Assari and Hansenwrite.

Sharon Worcester is an award-winning medical journalist at MDedge News, part of the Medscape Professional Network.