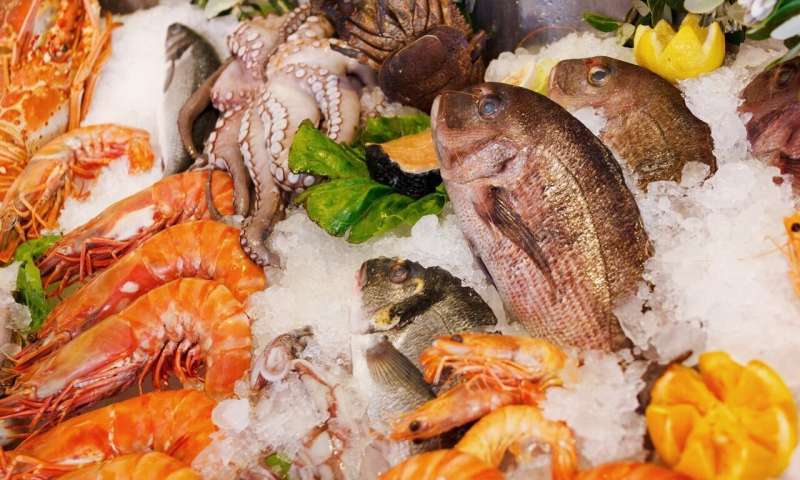 A team of scientists from the Barcelona Institute for Global Health (ISGlobal) has studied the relationship between the consumption of various types of seafood during pregnancy and attention capacity in children at eight years of age. The results, published in the International Journal of Epidemiology, show that eating a seafood-rich diet during early pregnancy is associated with better attention outcomes in children.

The study included 1,641 mother-child pairs from the INMA Environment and Childhood Project, a Spanish cohort study on the role of pollutants during pregnancy and their effects on children. Over the course of their pregnancies, the mothers completed numerous food-frequency questionnaires that assessed how often they ate more than a hundred different food items, including various types of seafood. Data on the children’s dietary habits were also collected using the same questionnaire at one, five and eight years of age. At eight years of age, the children also completed the Attention Network Task (ANT), a computer-based neuropsychological test designed to assess attention function. The main ANT outcomes assessed by the researchers were the number of omission errors committed in relation to target stimuli and the speed of responses to stimuli. Both outcomes are commonly used as indicators of selective and sustained attention.

The study builds on earlier research that analyzed children at five years of age. “The consumption of seafood during the first trimester of pregnancy had a greater effect on children’s attention capacity than the consumption of seafood later in pregnancy or at five years of age, by which time some neurodevelopment processes have already been completed,” commented Jordi Júlvez, researcher in the Childhood & Environment program at ISGlobal and lead author of the study.

Brain development takes place mainly during pregnancy, through complex biological processes such as neuron formation, synaptogenesis and myelination. Essential nutrients such as polyunsaturated fatty acids (PUFAs) play a fundamental role in these processes. “Docosahexaenoic acid (DHA) and eicosapentaenoic acid (EPA) are the main omega-3 PUFAs involved in neurological development, and seafood is the main source of both of them,” added Júlvez.

Because these nutrients participate in the definition of fetal brain structure and function, they have a large impact on later neuropsychological development. Attention is a complex behavior that all children must learn, since it precedes other crucial functions such as memory. “We focused on the attention function because attention-deficit hyperactivity disorder is common in school-age children,” commented Jordi Sunyer, head of the Childhood & Environment program at ISGlobal.

The study also assessed the differences between various types of fish and seafood: fatty fish, lean fish, canned tuna and shellfish. Children whose mothers ate a diet rich in various types of seafood scored very well on the attention tests, as did children of women with a diet rich only in fatty fish. However, scores were lower in children whose mothers relied on canned tuna or shellfish for their seafood intake.

The role of genetics in PUFA metabolism was one of the elements analyzed in the study. “We observed differences in the effect of seafood on children’s attention capacity as a function of genetic variations known as single nucleotide polymorphisms (SNPs),” said Júlvez.

The findings suggest that some SNPs facilitate PUFA metabolism, thereby contributing to better attention outcomes, while others have a negative effect on PUFA metabolism. Seafood consumption was shown to have a compensatory effect in children with SNPs that hinder PUFA metabolism. “Children with, for example, the rs1260326 CC genotype—which has been associated with lower PUFA levels—had worse attention scores if their mothers had not eaten much seafood during pregnancy,” said Júlvez. “But their outcomes improved if their mothers consumed more seafood.”