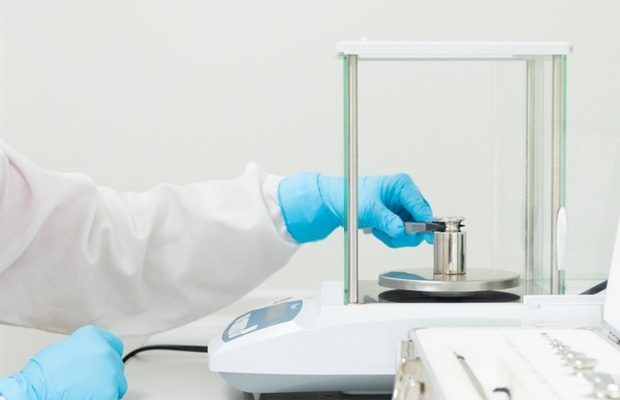 Scientists at Baltic Federal University have suggested evaluating concentration and chemical composition of drugs by means of vibrational spectroscopy and nuclear magnetic resonance instead of conventional complex approaches. Having analyzed other scientists work, the authors have concluded that these methods allow to obtain a fast and accurate result within a couple of minutes, affecting neither the molecule's structure nor its activity. Furthermore, with their help one can identify drugs directly in blood and other human biological fluids. Consequently, vibrational spectroscopy and nuclear magnetic resonance will help monitor the quality of drugs at pharmaceutical manufacturing and assess their safety for patients. The study results, supported by a grant from Russian Science Foundation and Russian Foundation for Basic Research were published in Drug Metabolism and Personalized Therapy magazine.

In order to evaluate how the drug behaves in a human body (which organs does it pass into, how long does it circulate the body), we need specific methods that allow to identify different chemicals in biological fluids. To that end, two lab-based scientific approaches are used: high-efficient liquid chromatography and mass spectrometry. These methods make it possible to identify the medicine and also its concentration and molecule makeup, though these approaches are expensive, require considerable time and work and may be conveyed only by highly qualified specialists. In addition, they can't be used for real-time analysis. Therefore scientists are looking for new approaches to identifying and and evaluating concentrations of medical products.

The first approach is based on irradiating the solution with infrared or ultraviolet light, after which a special device picks up the responding glow from the fluid. Hence the range of «responsive» wavelengths varies from substance to substance, allowing to identify the chemical composition of solutions. Moreover, concentrations of the components of a mixture can be identified by the height of spectrum emissions. The advantages of vibrational spectroscopy is that it is a fast and ultra-sensitive method that doesn't lead to destruction of the sample, even if they are living cells.

The nuclear magnetic resonance method also allows to get a wide spectrum of substances inside the analyzed mixture. This implies that the source of radiation are atomic nuclei that respond to the action of the magnetic field in a particular way. In normal state they don't manifest themselves in any way, thus start to emit electromagnetic waves when put into a magnetic field. Human body contains lots of such atoms, that's why nuclear magnetic resonance is often used for diagnosing diseases. Besides that, these atoms can be found in molecule pharmaceuticals, and therefore the amount of active substance can be evaluated by the intensity of the signal.

The researchers have analyzed the research article database, whose authors determined concentrations of different medicine using the methods described above. Scientists have found that vibrational spectroscopy has been successfully used to detect anticancer drugs in patient's blood undergoing cancer treatment. This method also allowed other groups of researchers to determine the level of aspirin, vitamin C and five other different antibiotics in blood and urine.

It also turned out that Chinese scientists have designed a portable device that allows to determine drug concentration directly in blood circulating in the vessels and muscles, based on the vibrational spectroscopy method. The chemical composition is determined in real time using a sensor in a form of a thin needle that is inserted into a vein or a muscle. The device has been tested on rabbits.

Literary analysis has also shown that the perspectives of nuclear magnetic resonance methods are not inferior to vibrational spectroscopy. This approach has been successfully developing for the last 40 years and has already been tested on a wide range of biologically active molecules: plant extracts, antibiotics, synthetic drugs. In addition, scientists have demonstrated that nuclear magnetic resonance allows to determine side effects from medications, for example buildup of toxic waste products in the blood.

"Our analysis leads to the conclusion that both methods are extremely promising and can be widely used in clinical practice. Since both approaches do not destroy the molecules, the same sample may be analyzed multiple times: first by nuclear magnetic resonance and then by vibrational spectroscopy. In the future, we are planning on testing other combinations of drug concentration analysis methods", says Vladimir Rafalsky, MD, director of Clinical Research Centre at Immanuel Kant Baltic Federal university, and Andrew Zubin, candidate of physico-mathematical Sciences, head of mathematical modeling of optical properties of the nanomaterial laboratories at Immanuel Kant Baltic Federal university.