Scientists from Germany have developed a novel mathematical model to study the airborne transmission of severe acute respiratory syndrome coronavirus 2 (SARS-CoV-2). Scientists claim that the new model is effective in qualitatively evaluating the risk of exposure. The study is published in the journal PLOS ONE. 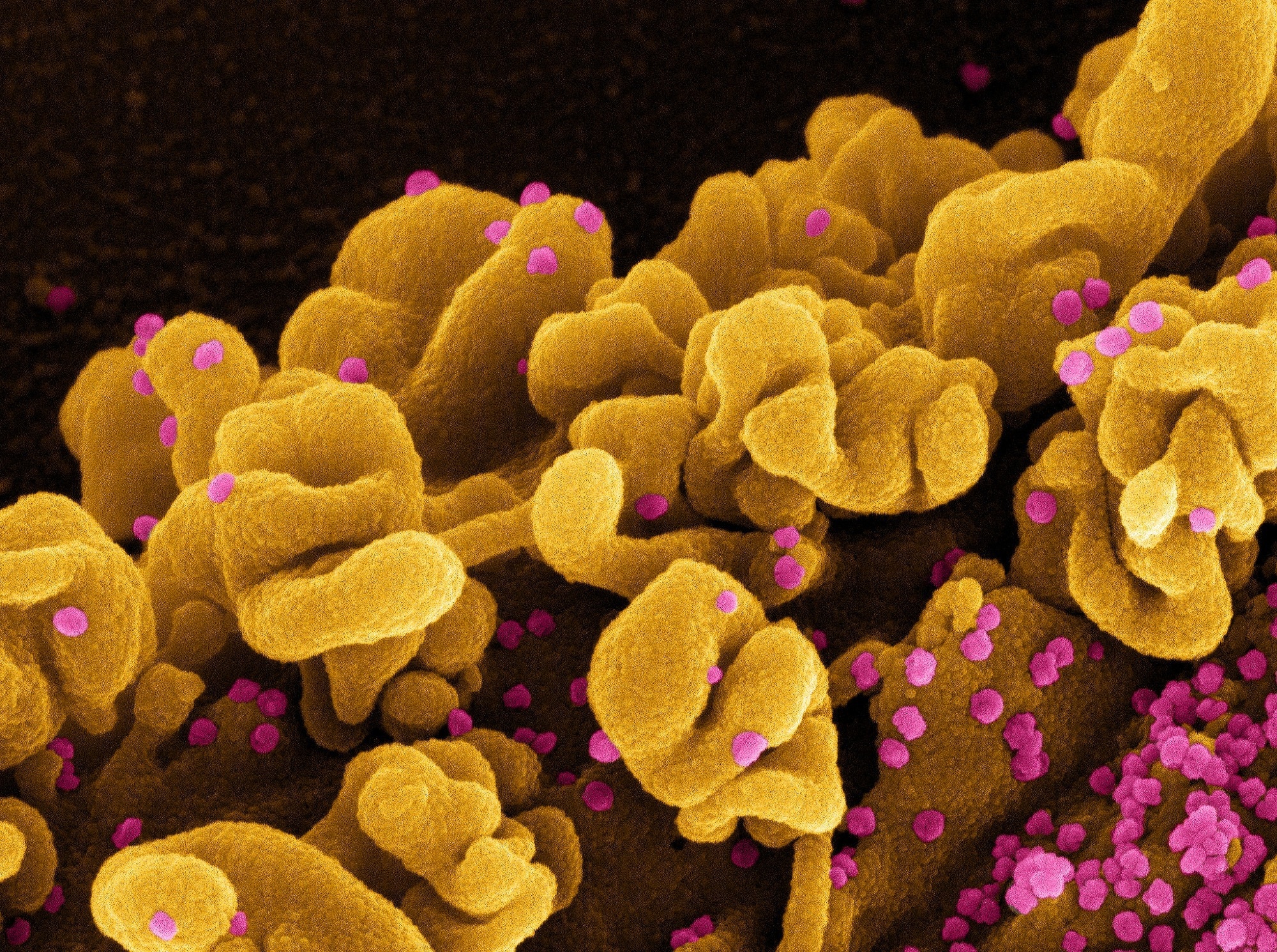 SARS-CoV-2, the causative pathogen of coronavirus disease 2019 (COVID-19), is an enveloped RNA virus that primarily transmits between humans via respiratory droplets and aerosols.

Various mathematical models, including the compartmental Susceptible-Infected-Removed (SIR) model, network model, and agent-based model, have been developed during the pandemic to understand the dynamics of SARS-CoV-2 transmission. However, simulation approaches adopted in these models are not entirely suitable to determine airborne transmission that does not always depend on the proximity between infected and susceptible persons.

Various studies have used macroscopic compartmental, agent-based, and computational fluid dynamics models to understand the overall dynamics of the COVID-19 pandemic. In contrast, microscopic models have been used to understand SARS-CoV-2 transmission between individuals.

In the current study, scientists have developed a new mathematical model to describe the airborne transmission of SARS-CoV-2 between individuals in everyday situations.

The scientists combined microscopic crowd simulation with the new model for disease transmission via aerosol clouds. They simulated a daily life situation wherein pedestrians walked in a line and used the model to evaluate SARS-CoV-2 transmission dynamics between pedestrians.

Inspired by compartmental models, the scientists defined the health of a virtual pedestrian (model agent) as susceptible or infectious. In the simulations, infectious agents release aerosol-bound SARS-CoV-2 in the air, inhaled by susceptible agents while walking through the aerosol clouds.

The degree of transmission depends on the number of viral particles in the aerosol cloud, which changes over time. In the simulation, a susceptible agent who inhaled more pathogens was considered “high risk.”

The transmission model was integrated into Vadere’s simulation loop, a scientific tool for investigating pedestrian dynamics. This integration helped enhance the model and incorporate additional features.

Reference situation to validate the model

A reference situation representing “close contact” was introduced in the model, wherein two virtual agents were kept in close proximity (less than 1.5 m apart) for 10 minutes. The infected agent constantly exhaled aerosol clouds, leading to an increase in SARS-CoV-2 concentration. The susceptible agent was predicted to inhale approximately 3.2 ⋅ 103 viral particles within 10 minutes. The susceptible agent was considered “high risk” if he/she inhaled a higher than predicted dose of viral particles.

Validation of the model

The model was validated using the data obtained from two studies that investigated SARS-CoV-2 transmission in superspreading events.

The first study involved ten people seated at adjacent tables at a restaurant, divided into three groups. The infectious person was present in one group, which shared the restaurant with the other two groups for 53 minutes and 73 minutes, respectively. After the restaurant visit, all persons tested positive for SARS-CoV-2. 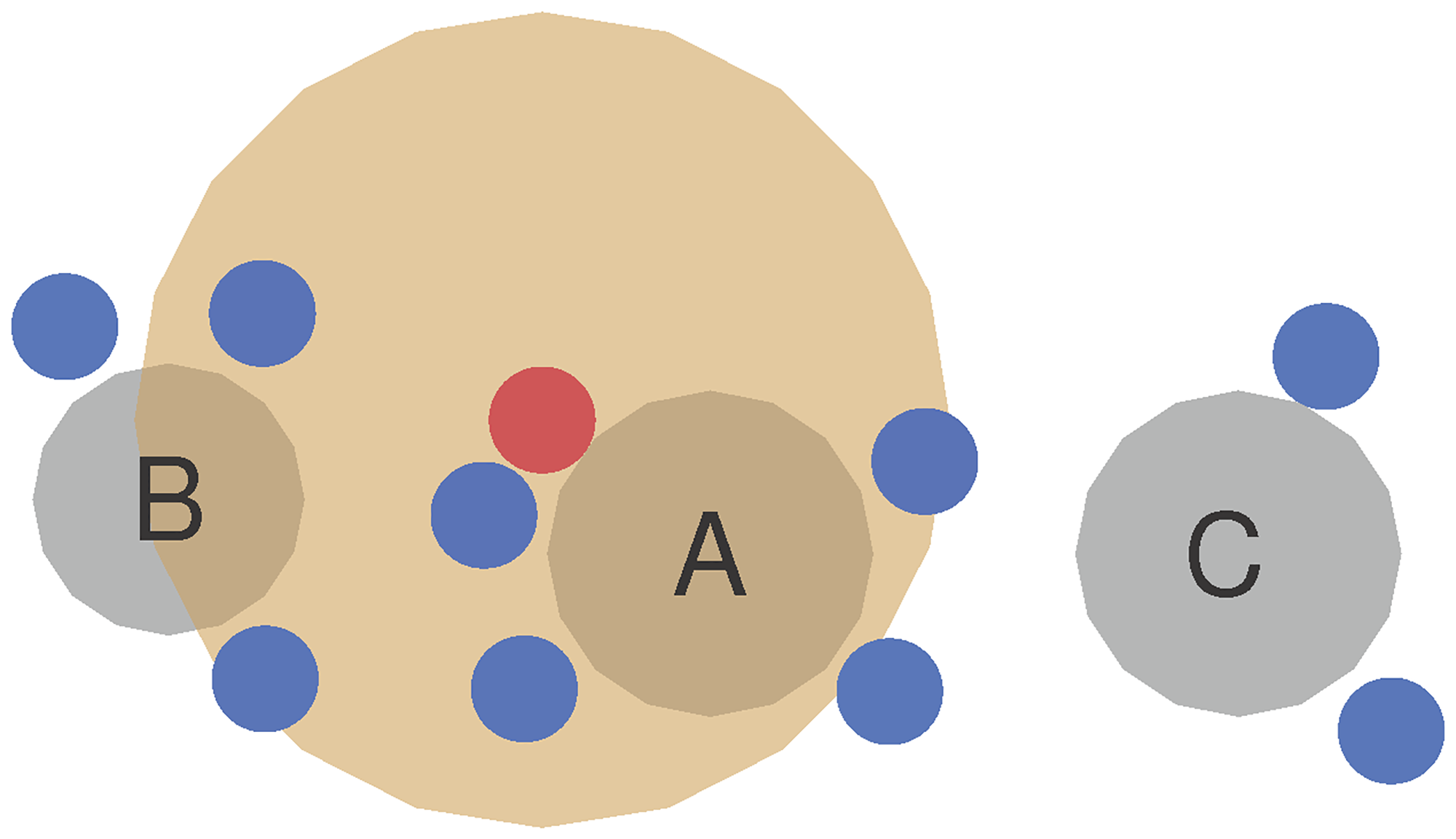 Restaurant scenario. Model of restaurant topography, including tables and seats, according to the seating chart. Susceptible (blue) persons sit in groups A, B and C around the tables (grey). The infectious (red) person emits aerosol clouds (orange).

The same situation was simulated in the new model to validate its efficacy. The model is considered to be qualitatively valid if it predicts lower numbers of infectious cases than that observed in the original study.

According to the model predictions, five persons were exposed to the virus. Of them, three belonged to the first group where the index person was present, and two belonged to the second group. None from the third group was exposed. These predictions indicate that the simulation is qualitatively valid.

The second study described another superspreading event during a choir rehearsal, where 52 of 61 attendees became infected. The predictions obtained by simulating this situation also validated the model’s efficacy.

Application of the model

The model was used to evaluate SARS-CoV-2 transmission in a queue in front of a service unit in an unventilated room. The simulation involved only one highly infectious person among many susceptible pedestrians. Since the room was not ventilated, it was expected that all aerosol clouds would remain where they were initially located.

The model predicted that higher viral concentrations occur where many clouds are superimposed. The persons standing immediately behind the infectious person were predicted to have a high risk of exposure. These persons were predicted to contain the same number of viral particles as the close contact in the reference situation. Furthermore, it was predicted that the degree of exposure could be reduced by increasing the distance between persons standing in the queue.

The study describes the development and validation of a new mathematical model suitable for qualitatively evaluating the risk of SARS-CoV-2 exposure.

According to the model predictions, long queues in unventilated rooms pose a significantly high risk of exposure. Several persons in a queue can reach high-risk exposure even if they are not standing immediately after an infectious person.

Dr. Sanchari Sinha Dutta is a science communicator who believes in spreading the power of science in every corner of the world. She has a Bachelor of Science (B.Sc.) degree and a Master's of Science (M.Sc.) in biology and human physiology. Following her Master's degree, Sanchari went on to study a Ph.D. in human physiology. She has authored more than 10 original research articles, all of which have been published in world renowned international journals.