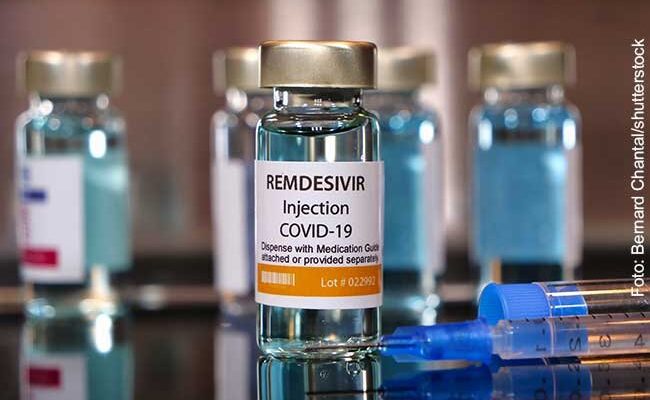 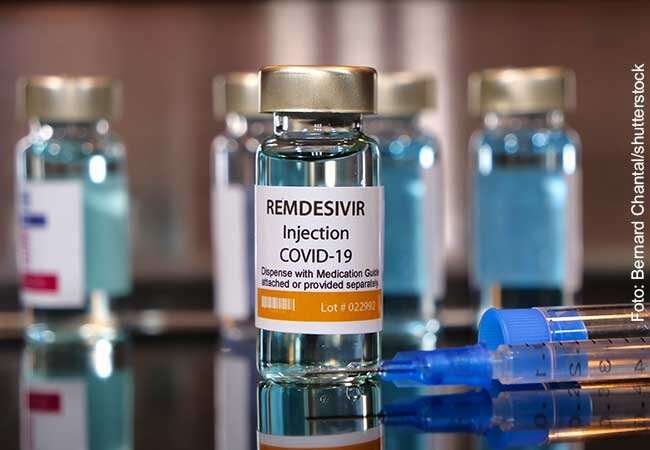 The virostatic agent remdesivir was developed to disrupt an important step in the propagation of RNA viruses, to which SARS-CoV-2 also belongs: the reproduction of the virus’s own genetic material. This is present as RNA matrices with which the host cell directly produces virus proteins. To accelerate the production of its own proteins, however, RNA viruses cause the RNA matrices to be copied. To do so, they use a specific protein of their own (an RNA polymerase), which is blocked by remdesivir. Strictly speaking, remdesivir does not do this itself, but rather a substance that is synthesized from remdesivir in five steps when remdesivir penetrates a cell.

In the second of these five steps, an intermediate is formed from remdesivir, a substance with the somewhat unwieldy name GS-441524 (in scientific terms: a remdesivir metabolite). GS-441524 is a virostatic agent as well. As the scientists in the group headed by Professor Stefan Knapp from the Institute for Pharmaceutical Chemistry at Goethe University Frankfurt have discovered, GS-441524 targets a SARS-CoV-2 protein called nsP3. nsP3 is a multifunctional protein, whose tasks include suppressing the host cell’s defense response. The host cell is not helpless in the face of a virus attack, but activates inflammatory mechanisms, among other things, to summon the aid of the cell’s endogenous immune system. nsP3 helps the viruses suppress the cell’s calls for help.