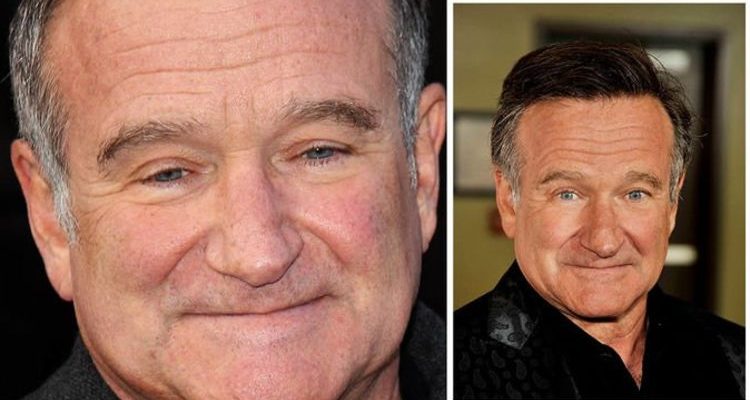 Best remembered for his quick wit and remarkable improvisation skills, the star contrastingly spent his final days consumed by anxiety, paranoia and suffering from panic attacks and insomnia. Sky reported that on the evening of August 10, 2014, he said “goodnight, my love” to his wife Susan Schneider, then the next day, the whole nation was shocked to learn of his devastating death. An autopsy revealed that the actor had unknowingly been suffering from Lewy body dementia (LBD), an incurable brain disease. Yet doctors were treating the actor for Parkinson’s disease.

Speaking on The Genius Life podcast, William’s son Zak opened up about his fathers “frustrating” misdiagnosis, and his struggle with depression and anxiety.

He said: “What he was going through didn’t match one to one [with] many Parkinson’s patients’ experiences.

“It was a period for him of intense searching and frustration, it’s just devastating.”

Following the discovery that William’s was suffering from Lewy body dementia (LBD), medical professionals went on to say that it was one of the worst cases they had ever seen.

The Alzheimer’s Association explains that LBD is a type of progressive dementia that leads to a decline in thinking, reasoning and independent function. Symptoms occur because of abnormal microscopic deposits that damage brain cells over time.

Experts believe that this type of dementia is the third most common cause of dementia after Alzheimer’s disease and vascular dementia, accounting for five to 10 percent of all cases.

William’s son continued to explain more about how his father was horribly misdiagnosed with the wrong condition.

He added: “The diagnosis was different from the disease so I think it could be a situation where you’re taking stuff and experiencing purely the side effects of [the drug].

“There’s a range of efficacy but what I found was they’re also really hard on the mind and body, so that was hard to see.”

The reason why the actor was misdiagnosed may be due to the fact that Lewy bodies are also present in Parkinson’s disease. The Alzheimer’s Association explains that many people with Parkinson’s eventually develop problems with thinking and reasoning, and many people with Lewy body dementia experience movement symptoms, such as hunched posture, rigid muscles, a shuffling walk and trouble initiating movement.

Due to this overlap in symptoms, diagnosing Williams became difficult. There has also been some evidence to suggest that Parkinson’s disease, Parkinson’s disease dementia and Lewy body dementia may all be linked to the same underlying abnormalities in how the brain processes a particular protein.

Despite experiencing similar symptoms, William’s wife Susan also spoke about how hard it was for the star to not have known about his dementia. In a documentary titled Robin’s Wish, Susan said: “If we’d had the accurate diagnosis of Lewy body dementia that alone would have given him some peace.”

According to the NHS, Lewy bodies can cause a range of symptoms including:

When individuals start to experience symptoms, daily activities can become increasingly difficult, leading to them eventually not being able to look after themselves.

For Williams, it has been reported that symptoms of the condition hit him the hardest while filming on set for Night at the Museum: Secret of the Tomb, in Vancouver, in the same year that he passed away.

The star also suffered from a plethora of other symptoms including insomnia, heartburn, indigestion, loss of his sense of smell and bladder difficulties.

For his family, the effects the condition was having on him was extremely hard to witness. Zak added: “When he died by suicide, the [LBD] had progressed, but he was only really two years in.

“I don’t want to say it was a short period — it felt a lot longer than it actually was — but it was a period for him of intense searching and frustration.”

Dr Bruce Miller, the director of the Memory and Ageing Centre at the University of California San Francisco is one of the experts interviewed as part of Robin’s Wish, in which he gave more harrowing details about the star’s condition.

He said: “Lewy body dementia is a killer… I’m looking at how Robin’s brain had been affected. I realised that this was about as devastating a form of Lewy body dementia that I had ever seen. Almost no area was left unaffected. It really amazed me that Robin could walk or move at all.”

The NHS explains that the outlook for individuals with Lewy Bodies varies from person to person. In comparison to Alzheimer’s disease, the outlook is around six to 12 years, but some individuals live much longer.

People who are struggling with their mental health are encouraged to contact Samaritans on 116 123.