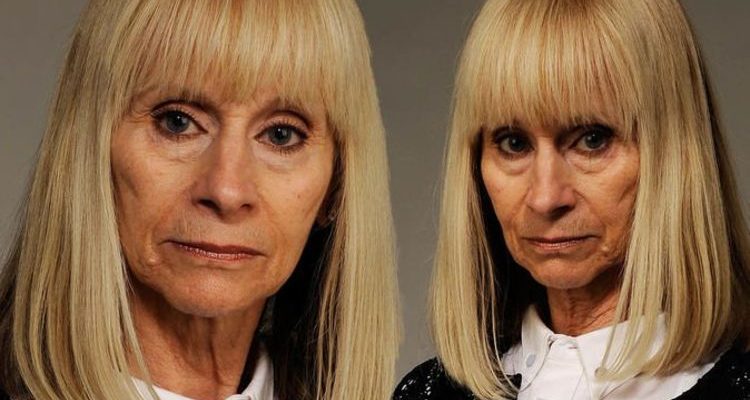 The actress, who has also recently starred in film Last Night in Soho and BBC adaptation of Agatha Christie novel The Pale Horse had her life turned upside down when her daughter Aisha Bricknell was diagnosed with stage three breast cancer back in 2011 at the age of 33. After receiving the news, Aisha told her mum that there would be “no tears,” instead that she would battle the disease with immense bravery. There marked a six month battle and chemotherapy,all while her mum Rita was close by her side.

In an interview with The Times back in 2011, Aisha, who is mother to son Dylan, spoke about how she first noticed a lump whilst sleeping at a friend’s house in 2004.

“The mattress was firmer than mine and I could feel something as I lay down. It turned out to be a stage three tumour, the worst it could be without having spread,” Aisha explained.

“I still remember the breast consultant’s words: it was very aggressive but he was pretty sure it wouldn’t kill me.

“I wasn’t sure if that was supposed to be uplifting. It was certainly shocking: there was no history of breast cancer in our family and I lived a pretty healthy lifestyle.

“Mum was so shocked. She said it was like someone throwing her against a wall.”

In light of Aisha’s pledge to battle the condition without tears, Rita also stayed strong, reserving the tears for when the two were apart.

“There were times when it was heartbreaking, but she would remind me over and over of what we’d agreed,” smiles Rita, in a separate interview with the Liverpool Echo. “And never, in her presence, did I cry.

“It is painful to see someone you love going through that, but you know it’s necessary, so what can you do?

“Any parent will tell you they would much rather it was them, but the fact is it isn’t. So you sit there and you watch your child, their little face and the tubes in their arms, and you try to be as strong as you can possibly be for them.”

A short while after her diagnosis, Aisha went for an operation to remove the lump plus some lymph nodes – small, oval-shaped organs that contain immune cells to attack and kill foreign invaders, such as viruses. This was then followed by six sessions of chemotherapy every three weeks and six weeks of radiotherapy.

As the pair were living under the same roof at the time of treatment, Rita was able to go with her eldest daughter, keeping a careful watch on the state of her health.

“I was glad of that,” Rita continued. “Although I did say to her [Aisha] ‘you have to tell me how you feel. You’ve got to tell me if you want me to be here or not here or to give you some space because I don’t know.’

“We had such a great, honest relationship. We are very similar in personality and we laughed a lot, I have to say. There’s nothing nice about cancer but some of the situations it throws you into can be quite amusing and I think you appreciate those.”

After completing her lengthy and precautionary treatment of both chemotherapy and radiotherapy, Aisha was put in recovery, and with regular check-ups has remained cancer free since.

Breast cancer is the most common cancer in the UK. Although mainly affecting women it is possible for men to be diagnosed too. Cancer Research UK explains that the condition occurs when abnormal cells in the breast begin to grow and divide in an uncontrolled way, eventually forming a tumour.

The best way in which women can find lumps or changes to their breasts is to examine them themselves. This is a simple process and requires no special training. Breast Cancer Now, a research and care charity explains the simple process to checking breasts:

There are multiple different treatment options for those diagnosed with breast cancer, some of which are used in combination with each other, depending on the individual case.

The main treatments for breast cancer include: