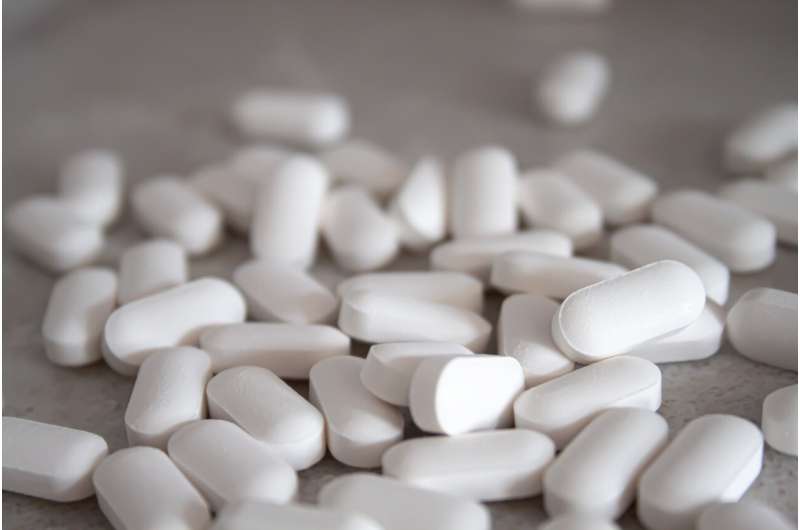 High-dose celecoxib, sometimes sold under the brand name Celebrex, is effective at controlling pain and reducing narcotic use after tonsillectomy in children, according to a new study by researchers at Children’s Hospital of Philadelphia (CHOP). The findings, published in the journal Otolaryngology–Head and Neck Surgery, suggest high-dose celecoxib with acetaminophen can be considered an effective alternative to ibuprofen with acetaminophen after tonsillectomy.

Managing children’s pain after a tonsillectomy is a challenge. Currently, patients are typically prescribed narcotic drugs and acetaminophen for one to two weeks after surgery. However, given concerns over the addictive nature of opioids, researchers and providers have sought alternative treatments. Ibuprofen is often used and is effective at controlling pain, but given the bleeding risk associated with tonsillectomy, there are concerns that ibuprofen increases this risk. As a result, there has been interest in finding other effective painkillers for use after the procedure.

Celecoxib is a nonsteroidal anti-inflammatory drug (NSAID) that controls pain by inhibiting cyclooxygenase 2, making it a COX-2 inhibitor. The drug has had success in adults after tonsillectomy, but it had only previously been tested in children in one clinical trial, which showed it provided only modest pain reduction. However, that trial used only the standard dose of celecoxib, and given how quickly children clear the drug from their system, the CHOP researchers surmised a higher dose would be more effective at controlling pain.

To test their hypothesis, the researchers designed a double-blind, randomized, placebo-controlled trial, which enrolled children between the ages of 3 and 11 who were scheduled for a tonsillectomy at CHOP between 2016 and 2018. A total of 172 patients were randomized to receive celecoxib (6 mg/kg) or placebo, twice daily, for up to 10 days. All cases were supplemented with acetaminophen and oxycodone as needed.

The researchers found that celecoxib was effective at controlling pain and reducing narcotic use, with no increase in adverse events. In the celecoxib group, oxycodone usage was lower at all time points, with a 36% reduction in cumulative consumption study-wide; additional statistical analysis confirmed that this improvement resulted from celecoxib treatment. The reduction in narcotics use was even more significant in the subset of patients with prolonged pain, where the celecoxib group consumed 50% less oxycodone overall and up to 63% less in the second week.