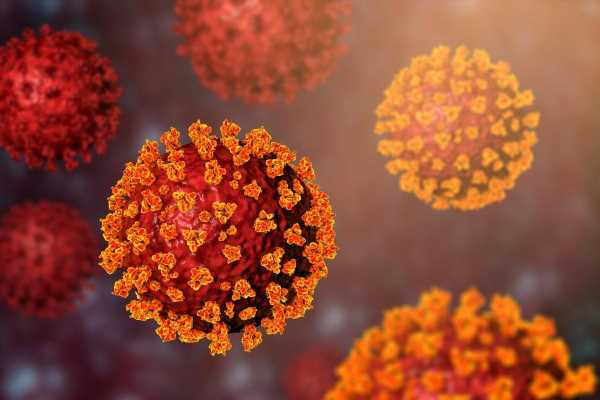 The interaction of SARS-CoV-2 S with the host angiotensin-converting enzyme 2 (ACE2) is the primary mechanism that drives coronavirus disease 2019 (COVID-19). Molecular interactions also take place between the transduced S and endogenous host proteins probably occur post-infection; however, such interactions are unclear.

In the present study, researchers screened the SARS-CoV-2 S binding profile against more than 9,000 proteins of the human body.

The entire sequence of recombinant S was radiolabeled with 125I following which protein array slides were used to screen for iodine-125 [125I]S binding against more than 9000 host proteins, and  [3H]estradiol (E2) binding was used as a positive control. Other arrays were incubated with either radiolabeled or non-radiolabeled S with or without tritium [3H]E2. Subsequently, secondary assays were performed to confirm the binding interactions using surface plasmon resonance (SPR) kinetics.

In silico molecular docking (MD) simulations were performed to identify a putative mode of S-ER binding, in which the ten best hypotheses were visually examined. Subsequently, nine peptide sequences (SP 1 to 9) were extracted, and their effects on human estrogen receptor alpha (ERα)-mediated transcriptional activation were assessed. Further, the E2-stimulated binding of ERα with deoxyribonucleic acid (DNA) was assessed. For visual examination of the cellular distribution of ERα and S, Michigan cancer foundation-7 (MCF-7) cells were transfected with either the wild-type (WT) S or mutant S (with R682S or R685S mutations), and immunocytochemistry analysis was performed.

The ERα-expressing RAW264.7 murine macrophage cell line was used to assess the ERα-mediated inhibition of osteoclast differentiation which was induced by RANKL (receptor activator of NF-κB ligand) in the presence of E2 or S, independently or in combination. The effect of E2 and S on ACE2 expression was assessed in MCF-7 cells using an enzyme-linked immunosorbent assay (ELISA).

Specific S-ERα and S-NRP-1 (neurolipin 1) interactions were observed, along with prominent interactions between ERα, ERβ, and other proteins with NR coactivators 1, 2, and 3 (NCOA1, NCOA2, NCOA3). NCOAs were bound to activation function 2 (AF-2) regions located on ERs and modulated activation of ERα transcription via a region comprising an LXD motif.

Using the EXSCALATE platform, two ER-interacting LXD-like motifs viz. LPPLL pattern at residues 861 to 865 and LEDLL at residues 818 to 822 were identified in the S sequence, which were conserved across the hCoVs tested. In silico analysis and MD simulations showed strong S-ER interactions at the fusion peptide region of the S protein comprising the LEDLL and LPPLL motifs. In addition, the team found that the SP7 peptide, which comprised only the LPPLL motif, substantially increased the E2 potency of stimulating ERα transcriptional activation.

Among the transfected cells, granular ERα expression was observed in the cytoplasm with increased ERα cytoplasmic labeling, which increased on WT or mutant S overexpression. This indicated that S increased ERα redistribution from the nucleus to the cytoplasm. The ERα labeling pattern was similar to that observed among MCF-7 cells transfected with S DNA. Further, E2 treatment and S increased MCF-7 cell proliferation, increased ACE2 expression, and abolished RANKL-induced osteoclast differentiation. The effects were blocked by raloxifene, indicating that E2 and S were ER-dependent.

Overall, the study findings highlighted ERα as a molecular target for SARS-CoV-2 S, the identification of which could enhance the knowledge of SARS-CoV-2 pathobiology. Further, the novel SARS-CoV-2-S-ERα interaction could be explored for the development of anti-SARS-CoV-2 therapeutics.

Dr. based clinical-radiological diagnosis and management of oral lesions and conditions and associated maxillofacial disorders.