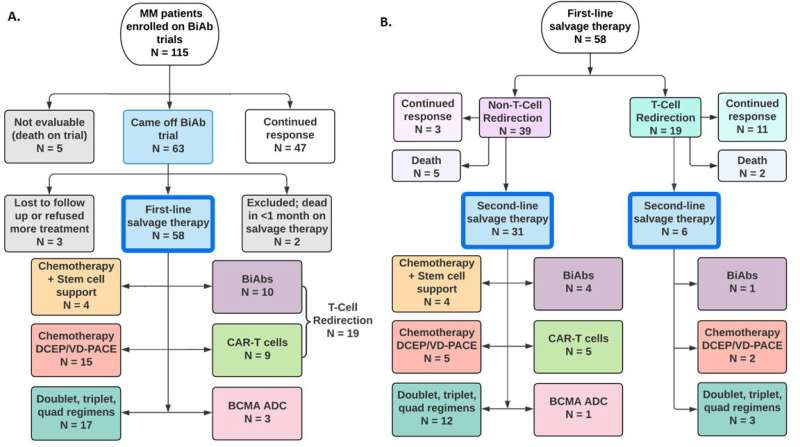 Mount Sinai researchers have published results that show encouraging therapeutic options for patients with the blood cancer multiple myeloma after first-line treatment with bispecific antibodies fails. Bispecific antibodies are a type of antibody that can bind to two different antigens at the same time—they are meant to enhance the immune system’s destruction of tumor cells.

While new T cell-based immunotherapies, or “T-cell redirection” therapies, such as chimeric antigen receptor (CAR) T-cell therapy and bispecific antibodies have revolutionized cancer treatment, doctors still need to determine what second-line treatments (also known as salvage therapy) are effective after a patient relapses. In the August 26 online edition of Blood Advances, Mount Sinai researchers report that sequential use of different T-cell redirection therapies in these multiple myeloma patients is possible and could lead to good patient outcomes and survival.

“As the clinical use and advancement of T-cell redirection therapies continue to grow, effective strategies are needed to manage outcomes for patients who relapse or are unresponsive to this initial treatment,” said senior author Samir Parekh, MD, Director of Translational Research in Myeloma, co-leader of the Cancer Clinical Investigation program at The Tisch Cancer Institute, and a member of the Icahn Genomics Institute at the Icahn School of Medicine at Mount Sinai. “This study shows patients relapsing after initial bispecific antibodies therapy can benefit from a second bispecific antibody or CAR-T cell therapy.”