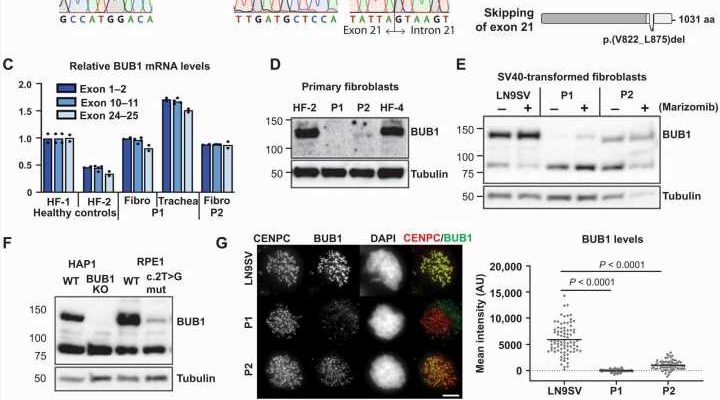 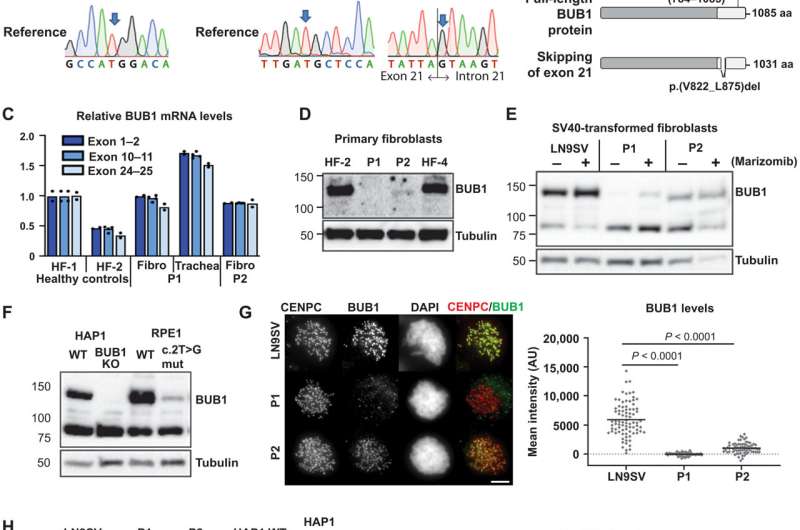 When cells divide, through a process called mitosis, the genetic information must be equally distributed among the new cells. That is the moment when mitotic errors can arise, potentially leading to DNA damage, including damage to the chromosomes or alterations in their number. These errors are associated with several human pathologies.

One of the proteins responsible for monitoring problems in cell division is the one coded by the BUB1 gene. Defects in BUB1 have been associated with cancer, however, its role in congenital human development has remained unclear. Low expression of BUB1 has been associated with spontaneous miscarriages and given its importance for correct cell division, deleterious mutations in this gene were, until now, thought to be incompatible with life.

A collaborative effort involving clinicians and researchers from Portugal, Austria, and the Netherlands has led to the identification of the first known patients with BUB1 biallelic mutations (in both copies). “It was surprising to find patients with mutations in such a critical gene,” explains Raquel Oliveira, leader of the team from the Instituto Gulbenkian de Ciência (IGC) who conducted the study. Still, both patients displayed microcephaly (a congenital malformation in which the brain is smaller than average), intellectual disability and several patient-specific features.

Researchers at the IGC explored how the pathological variants of this gene affected cell division. “We showed how each mutation affected protein abundance and function, and their impact on various pathways that control the fidelity of mitosis,” says Sara Carvalhal, first author of the study and former IGC researcher. Although both patients presented cells with abnormal chromosome structure or numbers, the molecular mechanisms underlying these errors in cell division were different between them. According to Job de Lange, researcher from Cancer Center Amsterdam who co-lead the work, “these findings enable the dissection of the different roles of BUB1 in a clinical context.”

Besides providing new insight on the roles of BUB1 , this study also sheds light on “how mitotic defects impact the development of the human body,” explained Sara. These findings support the idea that the developing brain is particularly susceptible to problems in mitosis. The authors suggest that the described mitotic errors might cause the death of cells that are important for brain development, accounting for the clinical manifestations of this novel inherited neurodevelopmental disorder, namely microcephaly and intellectual disability. Sara Carvalhal will now be pursuing this line of research and studying the effects of cell division errors on rare diseases at her own laboratory at the Algarve Biomedical Center.