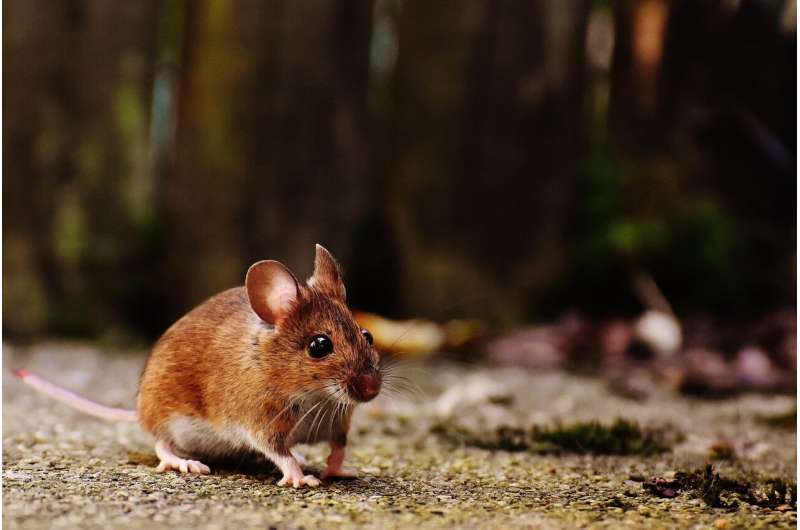 Whether conscious of it or not, when entering a new space, we use our sense of smell to assess whether it is safe or a threat. In fact, for much of the animal kingdom, this ability is necessary for survival and reproduction. Researchers at the Del Monte Institute for Neuroscience at the University of Rochester are finding new clues to how the olfactory sensory system aids in threat assessment and have found neurons that “learn” if a smell is a threat.

“We are trying to understand how animals interact with smell and how that influences their behavior in threatening social and non-social contexts,” said Julian Meeks, Ph.D., principal investigator of the Chemosensation and Social Learning Laboratory. “Our recent research gives us valuable tools to use in our future work and connects specific sets of neurons in our olfactory system to the memory of threatening smells.”

Learning to smell a threat

How the brain responds to a social threat may be guided by smell. In mice, researchers have identified a specific set of neurons in the accessory olfactory system that can learn the scent of another mouse that is a potential threat. These findings are described in a paper recently published in The Journal of Neuroscience.

“We knew that territorial aggression increases in a resident male mouse when it is repeatedly introduced to the same male,” said Kelsey Zuk, Ph.D., who was the first author of this research. “Previous research has shown this behavior is guided by social smells—our research takes what we know one step further. It identifies where in the olfactory system this is happening. We now know plasticity is happening between the neurons, and the aggression between the male mice may be driven by the memory formed by smell.”

Researchers found that “inhibitory” neurons (nerve cells that act by silencing their synaptic partners) in an area of the brain responsible for interpreting social smells become highly active and change their function when males repeatedly meet and increase their territorial aggression. By disrupting the neurons associated with neuroplasticity—learning—in the accessory olfactory bulb, researchers revealed that territorial aggression decreased, linking changes to cellular function in the pheromone-sensing circuity of the brain to changes in behavioral responses to social threats.

“It abolished the ramping aggression that is typically exhibited,” said Zuk. “It indicates that this early sensory inhibitory neuron population plays a critical role in regulating the behavioral response to social smells.”

Meeks was the senior author on this paper. Additional authors include Jinxin Wang, Ph.D., of University of Rochester Medical Center and Hillary Cansler, Ph.D., University of Florida College of Medicine. The research was supported by the National Institutes of Health.

A novel smell of a threat

Threat assessment also comes when an animal navigates unknown smells—for example, the smell of a predator it has never encountered. Researchers in the Chemosensation and Social Learning Laboratory have found that a novel predator smell, i.e. the smell of a snake to a mouse, caused the animal to engage in a threat assessment behavior—neither acting “fearful” nor “safe.”

“This offers clues into how chemical odors given off by predators stimulate threat assessment in the brain,” said Jinxin Wang, Ph.D., first author of a paper out in eNeuro. “Identifying changes in patterns of animal behavior helps us better understand how threatening smells are processed in the brain.”

Researchers used video tracking to observe the movement and posture of mice exploring familiar environments with different odors—like other mice and snakes. Wang and colleagues developed a hybrid machine learning approach that helped them to uncover that mice respond to novel predator odors in ways that were unique and distinguishable from how mice reacted to non-predator odors. These behaviors were neither fearful nor safe but rather a state of assessment.

“These findings offer new clues into how smells impact social behavior and what it may mean for survival, but this study also offers new tools that will propel this science forward,” said Meeks, senior author of this study. “We combined methods that had known limitations to improve the accuracy, information depth, and human-interpretability of the collected data. We think this approach will be valuable for future research into how the blends of chemical odorants given off by predators stimulate threat assessment in the brain.”