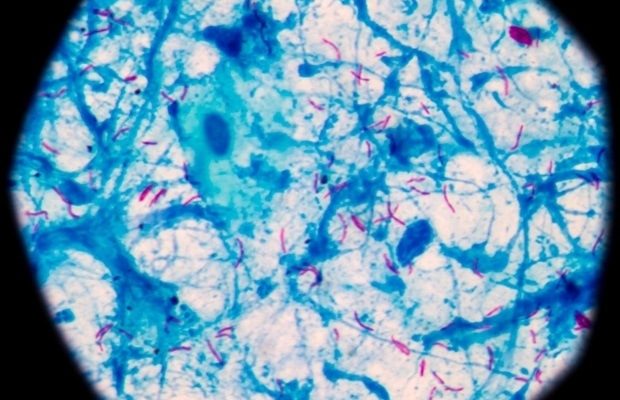 A considerably higher dose of the anti-tuberculosis drug rifampicin is safe and can also lead to a shorter treatment for tuberculosis and less resistance. This is what researchers from Radboud university medical center in Nijmegen, the Netherlands, write in a recent publication. With this they complete a year-long search for the right dosing of an old drug against tuberculosis that appears to be the key drug.

Tuberculosis is a deadly, pertinacious bacterial infectious disease that affects nine million people worldwide each year, mainly in countries in low and middle income countries. For over a million, the disease has a fatal outcome. Although drug manufacturers have been developing tuberculosis drugs for forty years, supplemented by research on the BCG vaccine, which appears to strengthen the immune system against respiratory infections, the number of people affected by tuberculosis remains fairly stable. This is partly due to patients being treated for too short a time or with inadequate medication.

Due to TB treatment being inadequately dosed or too short, many drugs do not or barely reach all bacilli in the body. This can lead to resistance: the pathogens that survive the treatment multiply, after which the disease returns in a new form that is even more difficult to treat. Effective treatments for drug-resistant tuberculosis are therefore tough and last a long time, sometimes up to eighteen months.

"It's a smart disease," says Prof. Dr. Martin Boeree, Professor of Clinical Tuberculosis at Radboudumc and last author of the study recently published in the European Respiratory Journal. "The tubercle bacillus is able to evade body defenses and drugs by getting ín body cells. As a result, the immune system cannot kill the bacilli, but at best traps them in vesicles." As a result, tuberculosis can sometimes emerge years after infection.

Old wonder drug turns out to be underdosed

One of the few effective drugs against tuberculosis is rifampicin. Even after fifty years, this remains one of the few anti-tuberculosis drugs that penetrates all parts of the body, including those hard-to-reach vesicles and cavities where the tubercle bacillus resides. Yet all this time, patients have been receiving too low a dosage, of only 10 milligrams per kilogram of body weight.

A higher dose was too expensive at the time, people were afraid that the drug would be toxic, and in 95 percent of cases the dose was sufficiently effective. That's why the maximum tolerated dose was never examined. And yet if the dosage is too low, you encourage resistance in the remaining five percent. You want to avoid that because it makes you dependent on other drugs. There are not many of these and they are much more expensive. In poorer countries, that can easily become a problem."

This applies to a lesser extent to rifampicin, which has been permitted on the drug market for decades and is therefore cheaper to produce than the new drugs. Boeree and his colleagues decided in 2016 to set up a collaboration to still explore the characteristics of rifampicin, including the maximum tolerated dose. "The cost remains low because the drug has been on the market for so long," says Boeree. "In addition, at six months, the current treatment period for rifampicin is already shorter than the standard twelve to eighteen. With a higher dose, it could perhaps be even shorter, resulting in greater compliance."

End of a quest

The researchers completed the first part of that study in 2019. "To our surprise, the drug turned out to be perfectly tolerable up to 35 milligrams per kilogram of body weight: 3.5 times the original dose," says Boeree. "A safe, higher dose gives better treatment results."

With the recent publication by Lindsey te Brake and her Radboudumc colleagues, the search for the maximum dose of rifampicin is now complete. "The 2019 study showed that we could go even further in rifampicin dosing," says Boeree. "We now know that at 50 milligrams per kilo, patients suffer from a kind of general malaise. But a dose of 40 milligrams per kilo does not produce severe side effects."

Whether a higher dose of rifampicin can actually lead to a shorter treatment duration and less resistance is difficult to say on the basis of their research at this point of time. Te Brake, Boeree and their colleagues will therefore begin follow-up research this summer to determine the actual outcome of their new treatment strategy. "If we know how many patients have recurrent tuberculosis after a year, and we compare this to a control group, we can make a prediction of how well this new regimen may work," says Boeree.

"We think that a large proportion of patients will not need six months of rifampicin if we give it at a higher dose," Boeree says. "It's quite possible that three months is enough." If that turns out to be the case, he says, it will have a very big impact in the treatment of tuberculosis worldwide. "The shorter the treatment, the higher the adherence and the lower the resistance. With this study, we can increase the effectiveness of this crucial drug."