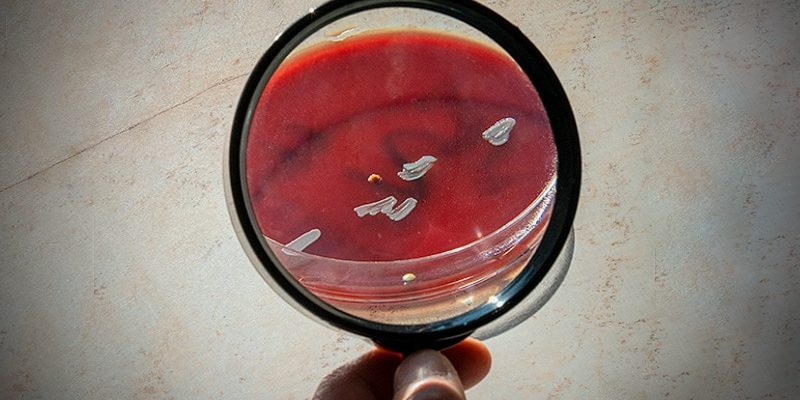 In creating a guide about monkeypox for obstetrician-gynecologists, Denise J. Jamieson, MD, MPH, turned to research she relied on during another outbreak of the disease nearly 20 years ago.

Jamieson, the James Robert McCord Professor and chair of the Department of Gynecology and Obstetrics at Emory Healthcare in Atlanta, Georgia, had been working for the Centers for Disease Control and Prevention (CDC) in 2003 when doctors diagnosed monkeypox in several states.

That year, the virus was mainly transmitted by contact with pet prairie dogs, including in childcare and school settings. Of the approximately 70 suspected and confirmed cases, 55% occurred in female patients, according to one study.

Jamieson, an obstetrician with a focus on emerging infectious diseases, and her colleagues at the agency published a commentary in Obstetrics & Gynecology highlighting the need for physicians to stay up to date with relevant information about the virus.

Fast forward to 2022: Jamieson — again with coauthors from the CDC — is delivering a similar message in the same journal about the need for clinicians to be prepared for this virus.

“Most ob/gyns have never seen a case of monkeypox virus infection and may not be aware of testing, treatment, or preexposure or postexposure vaccine options,” she and her coauthors wrote in a primer published online last month.

But if a woman were to contract the virus, her ob-gyn might well be the first clinician she called. “We are often the first people, the first physicians to see and evaluate women with various symptoms,” Jamieson said.

Based on data from related viruses like smallpox, monkeypox may be more severe in pregnant women and entail risk for adverse pregnancy outcomes, Jamieson said.

So far this year, monkeypox has predominantly spread among men who have sex with men. Cases have occurred in women, however, some of whom have required hospitalization.

According to the CDC, as of July 25, 1373 cases of monkeypox in the United States were in men and 13 in women. The total confirmed case count exceeded 5800 as of August 1. The agency recently announced that it planned to make the disease a reportable condition.

In the United Kingdom, which has been hit hard by the outbreak, researchers are keeping a close eye on the number of cases in women to assess how the disease is spreading.

At least one case of monkeypox in the United States has occurred in a pregnant woman who delivered. The mother and baby, who received immune globulin as a preventive measure, are doing well, according to health officials.

“We know that infection can occur through placental transfer. In the case that we are aware of presently, it does not appear that the virus was transmitted,” said John T. Brooks, MD, the CDC’s chief medical officer in the division of HIV prevention, on a July 23 call with clinicians.

While monkeypox can be transmitted in utero and during sexual activity, it also can spread through any close contact with skin lesions or body fluids and possibly through touching contaminated items like clothing or linens, according to the CDC.

A Preferred Vaccine and Antiviral in Pregnancy

One monkeypox vaccine, Jynneos, is preferred for use during pregnancy, while another, ACAM2000, is contraindicated, the CDC advises.

Jynneos can be offered to people who are pregnant or breastfeeding who are eligible for vaccination based on confirmed or likely contact with cases, ideally within 4 days of exposure. People at high risk for exposure, such as laboratory workers, may receive the vaccine in advance.

Developmental toxicity studies in animals showed no evidence of harm with the Jynneos vaccine, Jamieson said.

ACAM2000, however, can cause fetal vaccinia and should not be used in people who are pregnant or breastfeeding, according to the CDC.

The Society for Maternal-Fetal Medicine notes that, if treatment for monkeypox is warranted, tecovirimat should be considered the first-line antiviral for pregnant, recently pregnant, and breastfeeding people, in line with CDC guidance.

In 2003, some women exposed to monkeypox through contact with infected prairie dogs were pregnant — which is how Jamieson came to be involved in responding to the outbreak and studying the effects of the virus in pregnancy.

“When this resurfaced this year, of course it caught my attention,” Jamieson said. The extensive person-to-person transmission and far greater number of cases today make the current outbreak “very different” from the prior one, she said.

But key principles in managing the disease and understanding its potential risks in pregnancy — despite relatively limited information — remain the same.

“Whenever you are looking at an infectious disease, you want to think about, are pregnant persons more susceptible or more likely to have severe disease,” Jamieson said. Smallpox, a similar orthopoxvirus, “is more severe during pregnancy with a higher case fatality rate,” which is one reason for concern with monkeypox in this population.

In terms of pregnancy outcomes, researchers have data from only a handful of confirmed cases of monkeypox, which makes it difficult to draw conclusions, Jamieson said. A review of five cases from outside the United States in prior years found that three resulted in loss of the pregnancy. One resulted in preterm delivery of an infant who subsequently died. One child was apparently healthy and born at term.

Addition to the Differential Dx

A separate team of researchers has proposed a clinical management algorithm for pregnant women with suspected exposure to monkeypox.

“Clinicians must maintain a high index of suspicion for monkeypox virus in any pregnant woman presenting with lymphadenopathy and vesiculopustular rash — including rash localized to the genital or perianal region — even if there are no apparent epidemiological links,” Pradip Dashraath, MBBS, National University Hospital, Singapore, and coauthors wrote earlier this summer in The Lancet.

“As ob/gyns, people may present to us with genital lesions concerning for sexually transmitted infection. And it is important to include monkeypox in our differential,” Jamieson said. “We are trying to get the word out that it needs to be part of what you think about when you see a patient with genital ulcers.”

Healthcare professionals have acquired monkeypox through contact with patients or fomites, so clinicians should be sure to use appropriate precautions when evaluating patients who might have monkeypox, Jamieson added. Appropriate protective measures include wearing a gown, gloves, eye protection, and an N95.