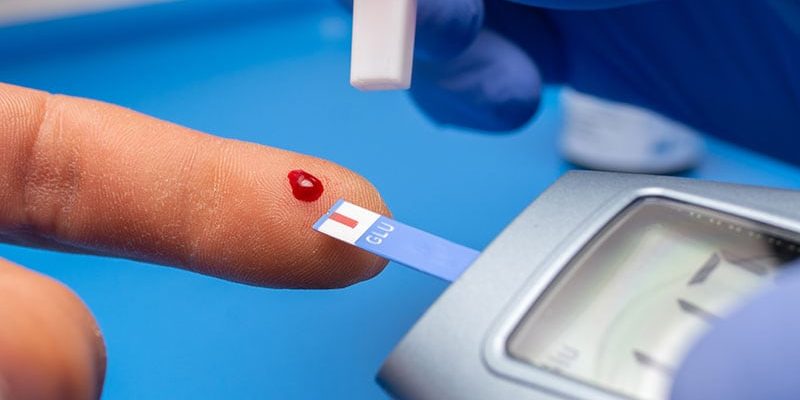 Vienna, Austria — Because half of patients with type 2 diabetes (T2D) in France have blood glucose levels that are outside of their target range, the idea of remission from the condition is not at the forefront of doctors’ minds. It takes second place to glycemic control.

Yet, an international consensus suggests that modern-day medicines now make remission possible in those recently diagnosed with diabetes. Warnings surrounding this observation are linked to frequent drops in hyperglycemia as well as to the consequences of “metabolic memory.”

Presented during the European Association for the Study of Diabetes (EASD) 2022 conference in Vienna, the 2021 update to the previous consensus report from 2009 on diabetes remission, co-authored by the American Diabetes Association with the EASD, Diabetes UK, the International Society of Endocrinology, and the Diabetes Surgery Summit, has stopped those discussions in their tracks.

The term “remission” is used to describe a sustained metabolic improvement in T2D to near-normal levels (“abatement or disappearance of signs and symptoms”).

As cited in the text, “improvement of glucose levels into the normal range can occur in some people living with diabetes, either spontaneously or after medical interventions, and in some cases can persist after withdrawal of glucose-lowering pharmacotherapy. Such sustained improvement may now be occurring more often due to newer forms of treatment.”

This group proposed “remission” as the most appropriate descriptive term, and A1c < 6.5% (48 mmol/mol) measured at least 3 months after cessation of glucose-lowering pharmacotherapy as the usual diagnostic criterion.

In settings where A1c may be unreliable, measurement of 24-hour mean glucose concentrations by continuous glucose monitoring has been proposed as an alternative.

A diagnosis of remission can only be made after all glucose-lowering agents have been withheld for an interval that is sufficient to allow waning of the drug’s effects and to assess the effect of the absence of drugs on A1c values. This criterion would apply to all glucose-lowering drugs, including those with other effects. Of note, metformin might be prescribed for weight maintenance, to improve markers of risk for cardiovascular disease or cancer, or for polycystic ovarian syndrome. Glucagon-like peptide 1 (GLP-1) receptor agonists might be favored to control weight or reduce risk for cardiovascular events, and sodium-glucose cotransporter inhibitors (iSGLT2) may be prescribed for heart failure or renal protection. If such considerations preclude stopping these drugs, then remission cannot be diagnosed even though nearly normal glycemic levels are maintained.

The consensus experts believe that short-term pharmacologic therapy at the time of first presentation of T2D in adults can sometimes restore nearly normal glycemic control, allowing therapy to be withdrawn.

This is on the condition that intervention is made early, within 2 years of the initial diagnosis, meaning that practitioners should be thinking about remission as an endpoint.

This can also occur with other interventions, including GLP-1 and iSGLT2, with no real risk for hypoglycemia.

In addition, 80.1% of those with T2D in the ENTRED 3 study, published in issue 22 of France’s Bulletin épidémiologique hebdomadaire, have overweight or obesity. Behavioral changes, mainly linked to nutrition and weight management, can restore glucose levels to near normal in the long-term.

For their part, surgical or other enteral interventions can induce significant weight loss and further improvement of metabolic control by other mechanisms for prolonged periods, up to 5 years or more in some cases.

In October 2022, the French Health Authorities assessed bariatric surgery in patients with T2D and class I obesity (BMI between 30 and 35) in the event of failed glycemic control after 12 months. Indeed, in this specific case, compared with classic medical care, bariatric surgery triples and doubles the chances of T2D remission after 24 and 36 months, respectively. As a result, remission from T2D is observed in 30% to 40% of cases after 3 years.

When intervention is by pharmacotherapy or surgery, the clinical effects quickly become apparent (3 months after bariatric surgery), and it can take up to 6 months for the effects to stabilize when the intervention consists of a change to a patient’s lifestyle.

We mustn’t forget that approximately 3 months is needed for the change in A1c to accurately reflect blood glucose levels. Once remission has been documented, further A1c measurements must be taken every 3 months or every year at the very minimum.

In light of scientific literature, experts have confirmed that a return to nearly normal glycemic regulation is most likely in early T2D and can involve partial return of both insulin secretion and insulin action.

The main point is that long-term effects are closely linked to the type of intervention.

When remission is documented after temporary use of glucose-lowering agents, the direct effects of pharmacotherapy no longer persist. Reversal of the adverse effects of poor metabolic control of insulin secretion and action in tissue may establish remission, but other underlying abnormalities may persist, and the duration of the remission can be quite variable as a result.

In contrast, when a persistent change of lifestyle leads to remission, the change in food intake, physical activity, and management of environmental factors can favorably alter insulin secretion and action for long periods of time.

This is also the case for bariatric surgery, where the effects are even more profound and generally longer lasting. Furthermore, structural changes of the gastrointestinal tract lead to a novel hormonal milieu. This includes, among other changes, GLP-1 concentrations that are several times higher in the blood after eating, which may reduce appetite and food intake and alter peripheral metabolism. Reestablishment of glucose homeostasis by these mechanisms typically lasts longer. But nothing is guaranteed: the patient may start to put weight back on, and the continuing decline of beta-cell capacity may contribute to rising levels of glucose over time.

Patients must be diligent in maintaining a healthful lifestyle, and pharmacotherapy for other conditions with agents known to promote hyperglycemia, especially glucocorticoids and certain antipsychotic agents, should be avoided.

What’s more, we must be aware that only some people are able to practice self-efficacy, which allows them to understand the importance of remission with regard to their future health and the changes in lifestyle that this involves as well as put these lifestyle changes into practice.

Moreover, metabolic memory, namely the persisting harmful effects of prior hyperglycemia, is a reality. Even after remission, classic complications of diabetes — including retinopathy, nephropathy, neuropathy, and increased risk for cardiovascular disease — can still occur.

For this reason, it would be a mistake to let one’s guard down regarding regular retinal screening, kidney function testing, podiatric assessments, and blood pressure and weight measurements.

A final risk associated with remission is an abrupt worsening of microvascular disease after a rapid reduction of glucose levels after a long period of hyperglycemia. In particular, when poor glycemic control is associated with retinopathy in addition to the presence of microaneurysms, rapid reduction of glucose levels should be avoided, and retinal screening should be carried out.

This suggestion is based mainly upon experience with worsening of retinopathy after initiation or intensification of insulin therapy, which is seen only if moderate or worse retinopathy is present at baseline.

This article was translated from the Medscape French edition.