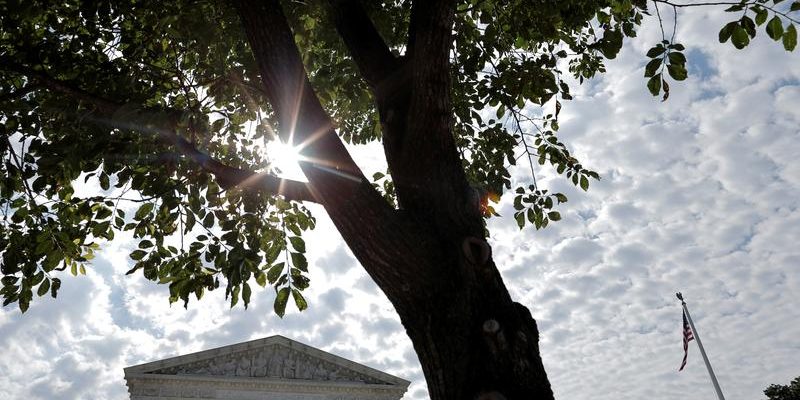 (Reuters) – Politicians and others with a stake in the expanded healthcare policy known as Obamacare reacted to a U.S. Supreme Court decision on Thursday rejecting a Republican challenge backed by former President Donald Trump:

“A big win for the American people. There’s no better day than today to sign up for quality, affordable healthcare at healthcare.gov. With millions of people relying on the Affordable Care Act for coverage, it remains, as ever, a BFD. And it’s here to stay.”

“We will never forget how Republican leaders embraced this monstrous suit to rip away millions of Americans’ healthcare in the middle of a deadly pandemic.”

“This decisive decision will allow millions of Americans to sleep a little easier tonight. After all the absurd legal contortions in this challenge, today’s decision should be no surprise but it is a profound relief…

“After this resounding legal defeat, Republicans should finally abandon their cruel and reckless attempt to undermine healthcare protections.”

“Despite every desperate right-wing attack to rip healthcare away from millions of Americans, the Affordable Care Act is constitutional and it’s here to stay. Now let’s get to work to improve it so every American can get the care they need.”

“The Affordable Care Act remains the law of the land and will continue to provide millions of Americans with healthcare.”

“For more than a decade, the Affordable Care Act has been the law of the land, providing health coverage and a multitude of protections to tens of millions of Americans across the nation, and today’s decision solidifies those protections for generations to come.”

“Today’s decision by the U.S. Supreme Court is a victory for patients and for the gains in healthcare coverage achieved through the Affordable Care Act (ACA). The American Medical Association (AMA) is pleased that the high court rejected the challenge to the ACA, thereby upholding critical patient protections that are improving the lives and health of millions of Americans, particularly amid a global pandemic.”