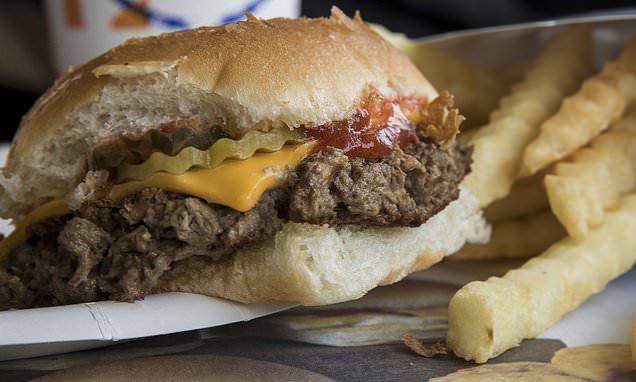 Putting calorie counts on menus DOES work: Fast food eaters consume 60 fewer calories if the restaurants tells them how many all their meals contain

Forcing restaurants to put calorie labels on their menus can slash the amount of calories customers eat, a major study has confirmed.

Health bosses in the UK are currently considering whether to roll out mandatory calorie labels at chains around the country.

The scheme was introduced in the US in May 2018, but there has been little concrete evidence about its effectiveness.

However, Harvard University scientists have now found people consume 60 fewer calories at chains with the labels on menus.

They analysed more than 50million purchases at 104 restaurants before and after calorie labels became mandatory in the US. 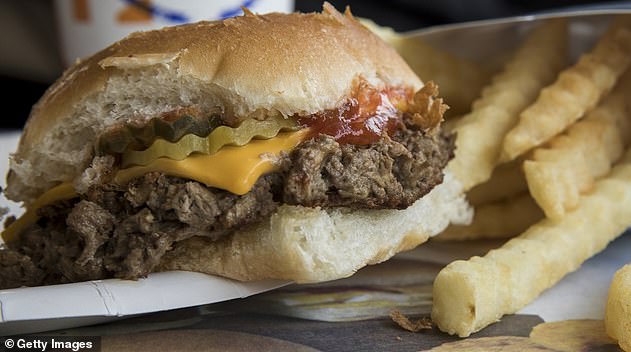 The team, led by Dr Josh Petimara, looked solely at chains in the Deep South, where obesity rates are among the highest in the country.

They took weekly sales data from restaurants two years before the labelling policy – from April 2015 to April 2017 – and one year after.

Investigators calculated total calories for each menu item and grouped items into one of five categories.

They were divided into main courses, sides and desserts, sugar and sweetened beverages, low calorie beverages, and condiments.

After adjusting for the baseline trend, season and holidays, calorie labelling was associated with an immediate decrease of 60 calories per transaction, or 4 per cent of total calories purchased.

ARE RESTAURANTS FORCED TO LABEL THEIR MENUS WITH NUTRITION INFORMATION?

UK restaurants are not forced to label their menus by law, unlike in the US where it has become compulsory since March 2018.

The Government last year announced its intentions to introduce compulsory calorie labelling across England, in hope of tackling childhood obesity.

A consultation was launched last September as part of the Department of Health’s ambitious target of halving childhood obesity by 2030.

NHS figures that show the proportion of children who are severely obese in England has risen by more than a third since 2007.

However, this initial decrease was followed by a small weekly increase in calories per transaction over the next year.

So by the end of the study, the 60 calorie reduction had dropped to just 23 fewer calories for each purchase made.

This trend increase may happen faster among people with lower incomes, note the authors, although these results should be viewed with caution.

They point to some study limitations, such as being unable to calculate calories purchased per person or measure meal modification.

These include adding condiments, drink refills, or how much of each meal was eaten.

‘Before drawing conclusions on the overall effectiveness of calorie labeling as a nutrition policy, future research should be done to estimate the effects of labeling over a longer period, especially once restaurants have had sufficient time to reformulate their menus,’ the authors concluded.

Researchers at the University of Oxford hailed the findings in a linked editorial.

But they warned that mandatory labelling may cause restaurants to cram their dishes with salt or sugar to bring down the calories but keep the taste.

Although these results may be disappointing to some, they note that small changes to calorie intake can have meaningful effects at the population level.

They call for ‘a multifaceted, cross government approach’ to tackle obesity in which calorie and nutrition labelling on restaurant menus should play a part.

Meals should be based on potatoes, bread, rice, pasta or other starchy carbohydrates, ideally wholegrain, according to the NHS